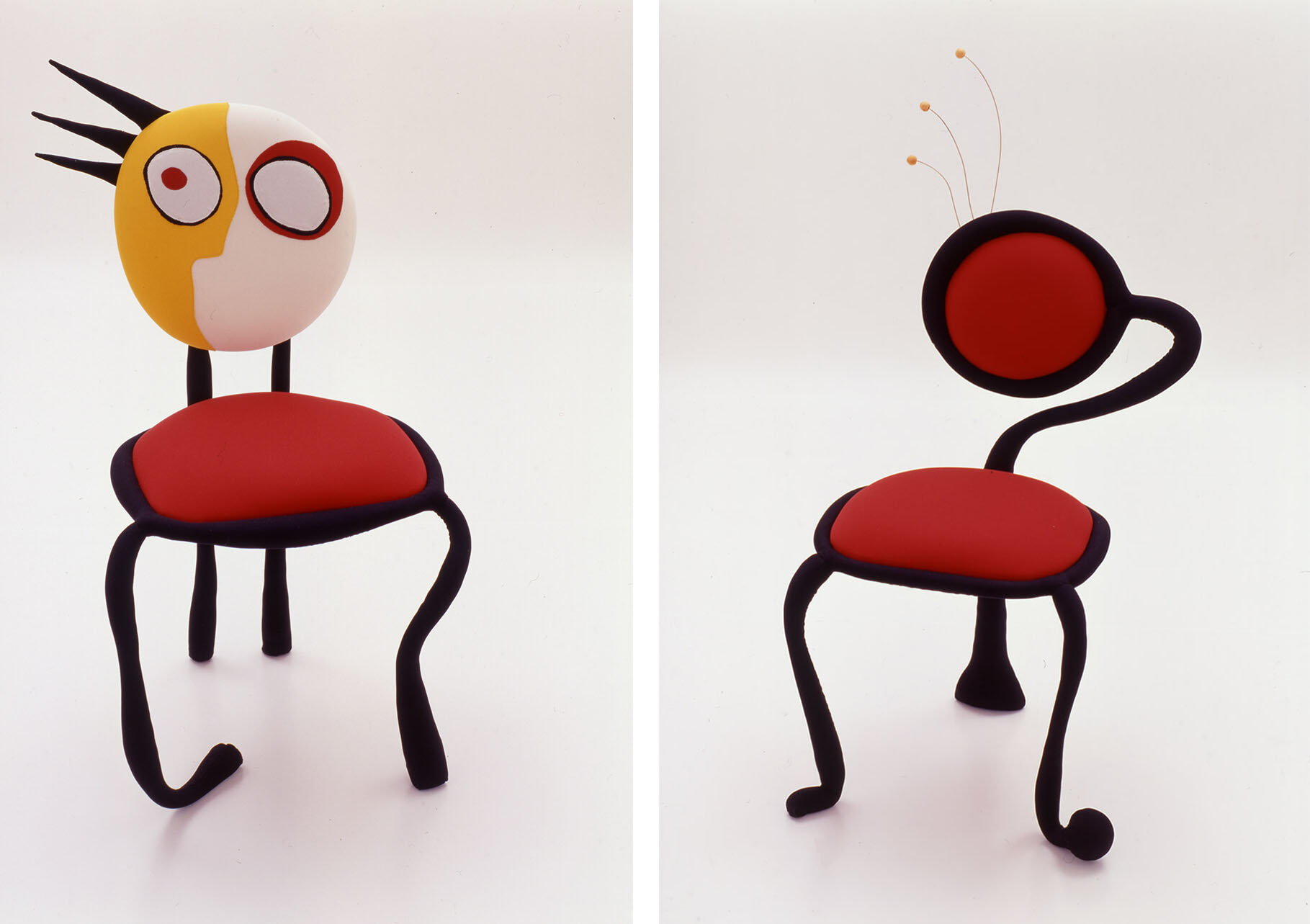 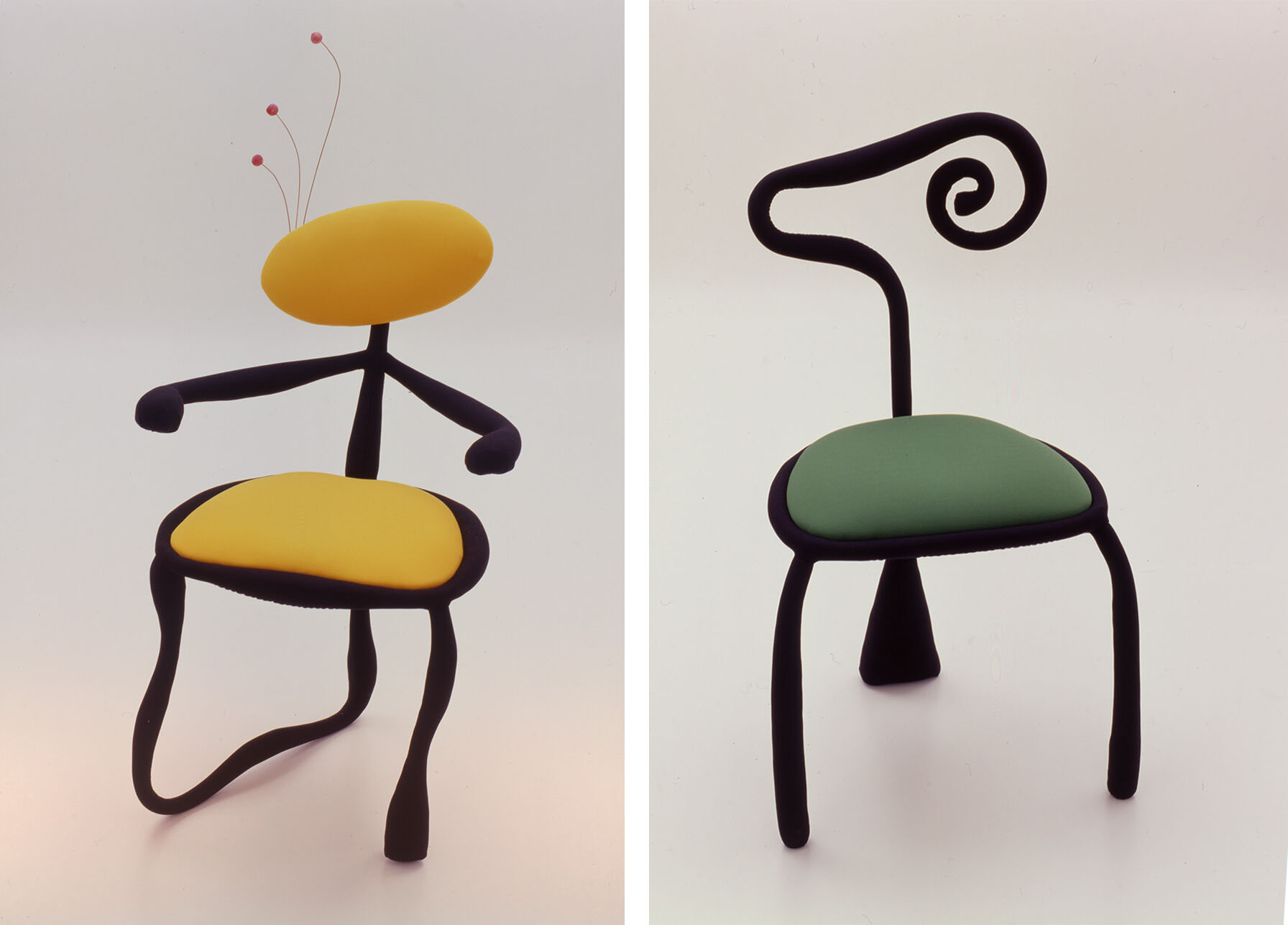 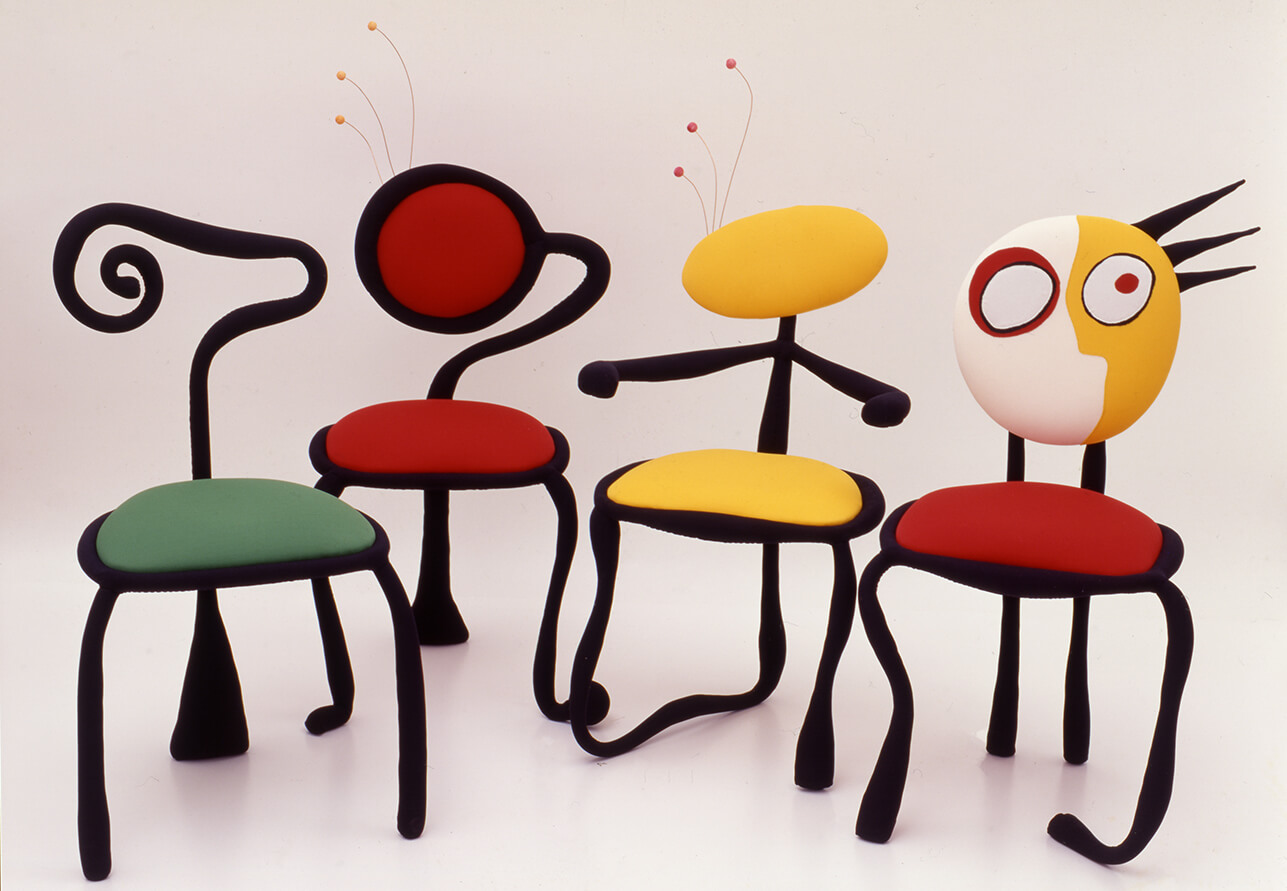 Visiting the Miró exhibition in Barcelona, I discovered that, on close inspection, the pictures played host to a quantity of small beings, sprites and sexual symbols, which wandered around playfully and irreverently to animate those deep spaces, and which the inattentive visitor could fail to notice. It came to mind that I should transform those sprites into chairs to resolve a problem that had been tormenting me for quite some time – the problem of the solitude of formal, official dining room chairs. I thought then that if these chairs could become characters or, better still, ironic and transgressive sprites, they would at least have been able to fill those long periods of loneliness by chatting and joking with each other, before then regaining the composure of a chair during formal dinners, but always poised to turn back into sprites as soon as the lights went out on the event. And so, for more than fifteen years, Paco, Pepita, Carmen and Felipe have been keeping each other company.