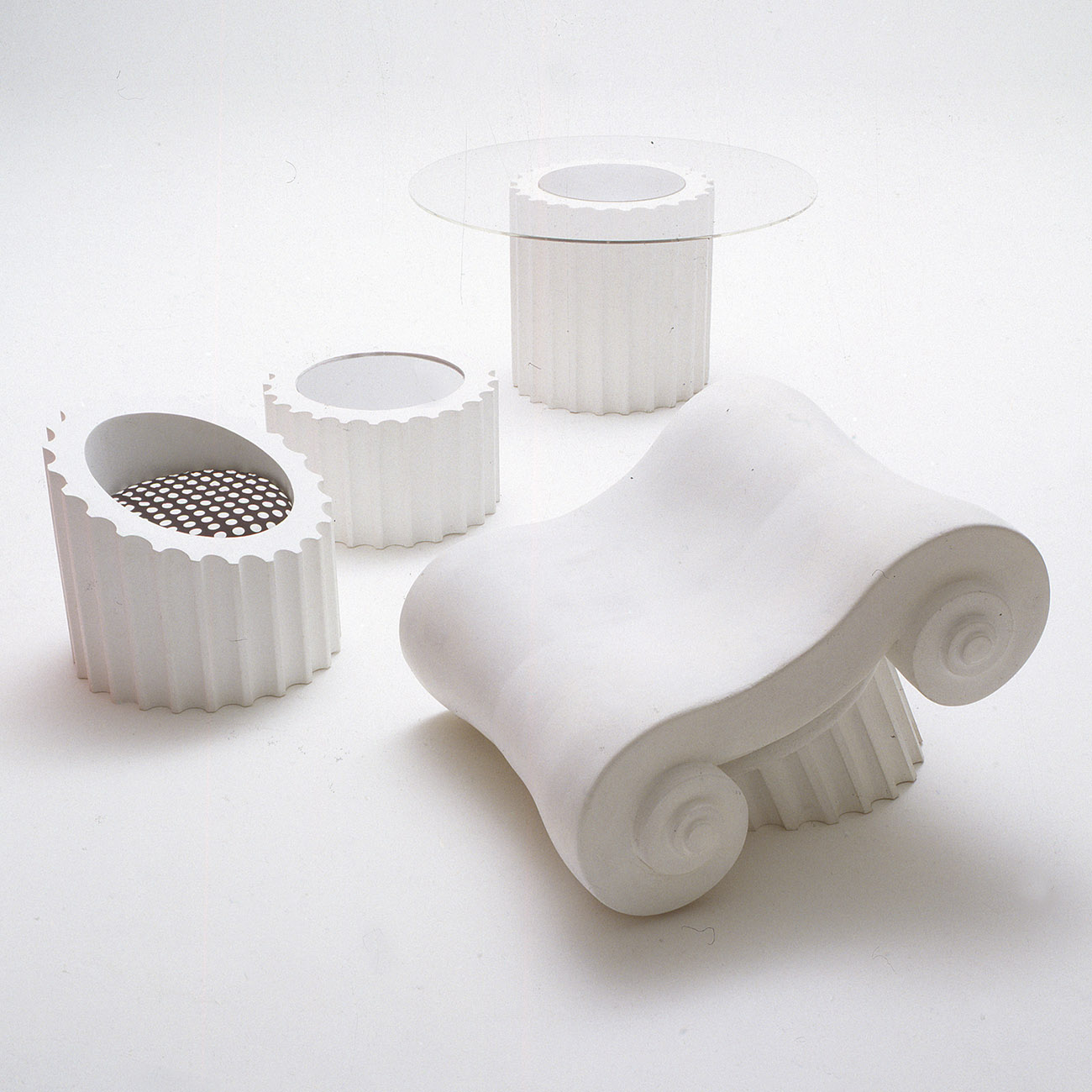 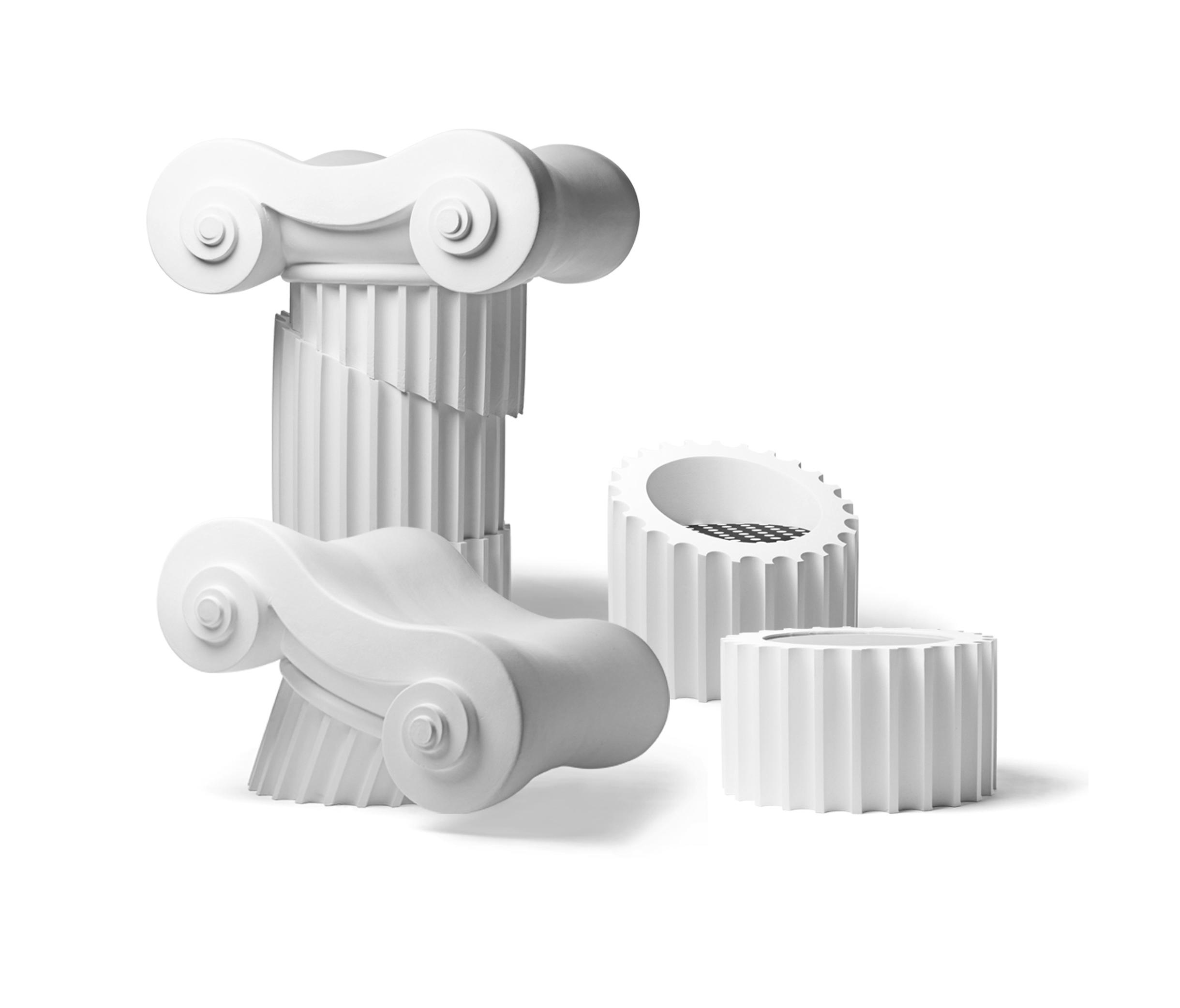 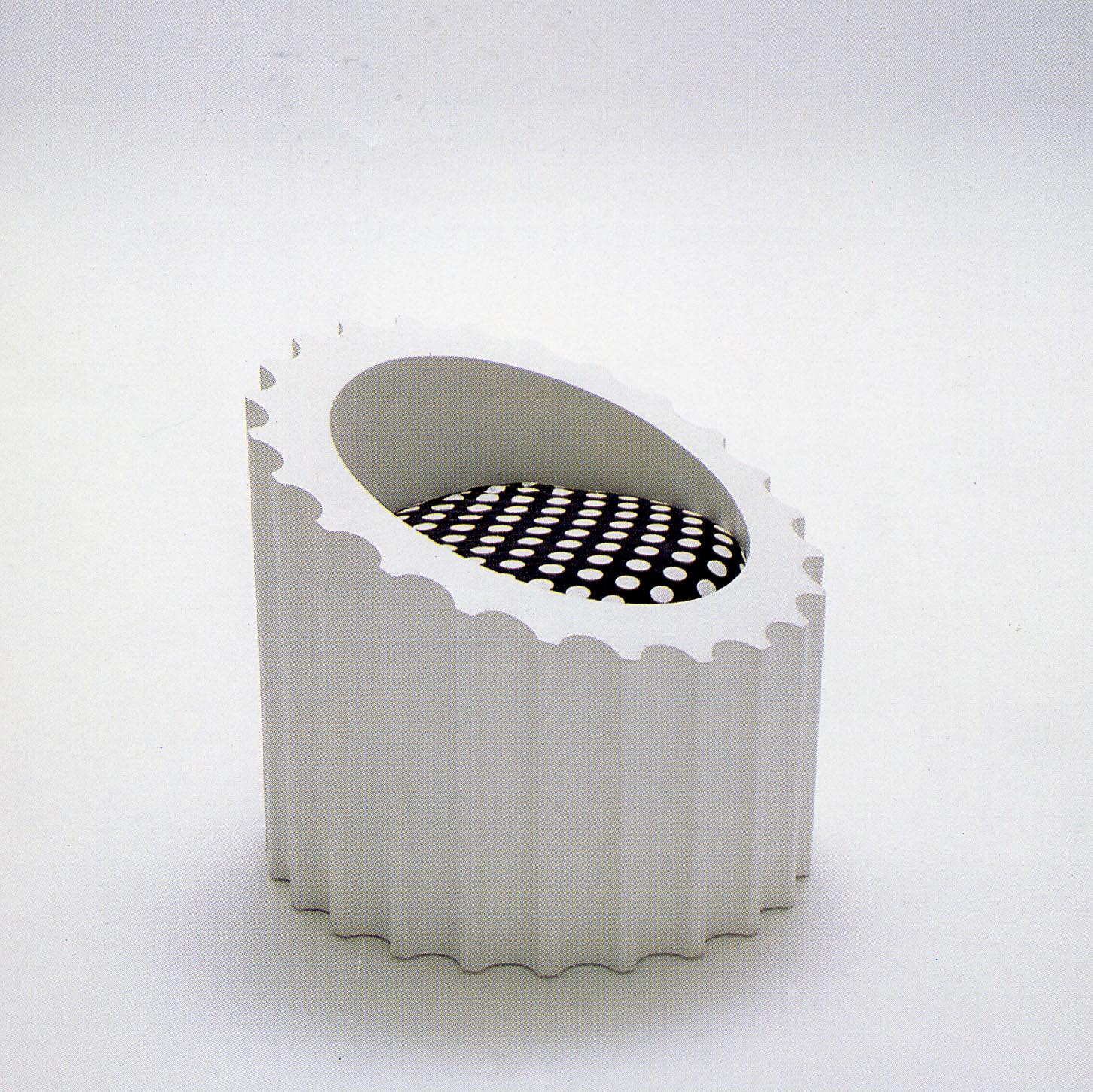 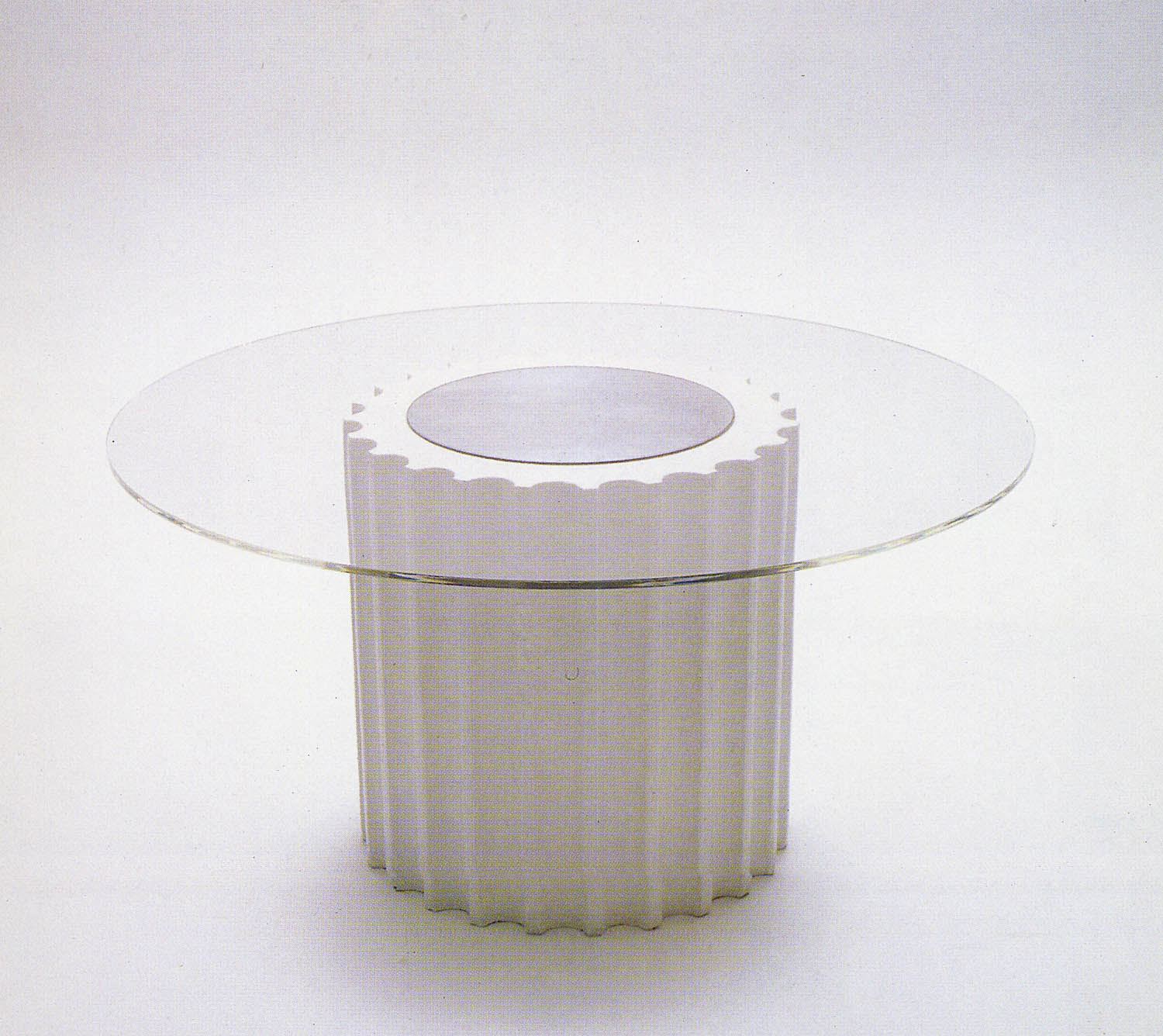 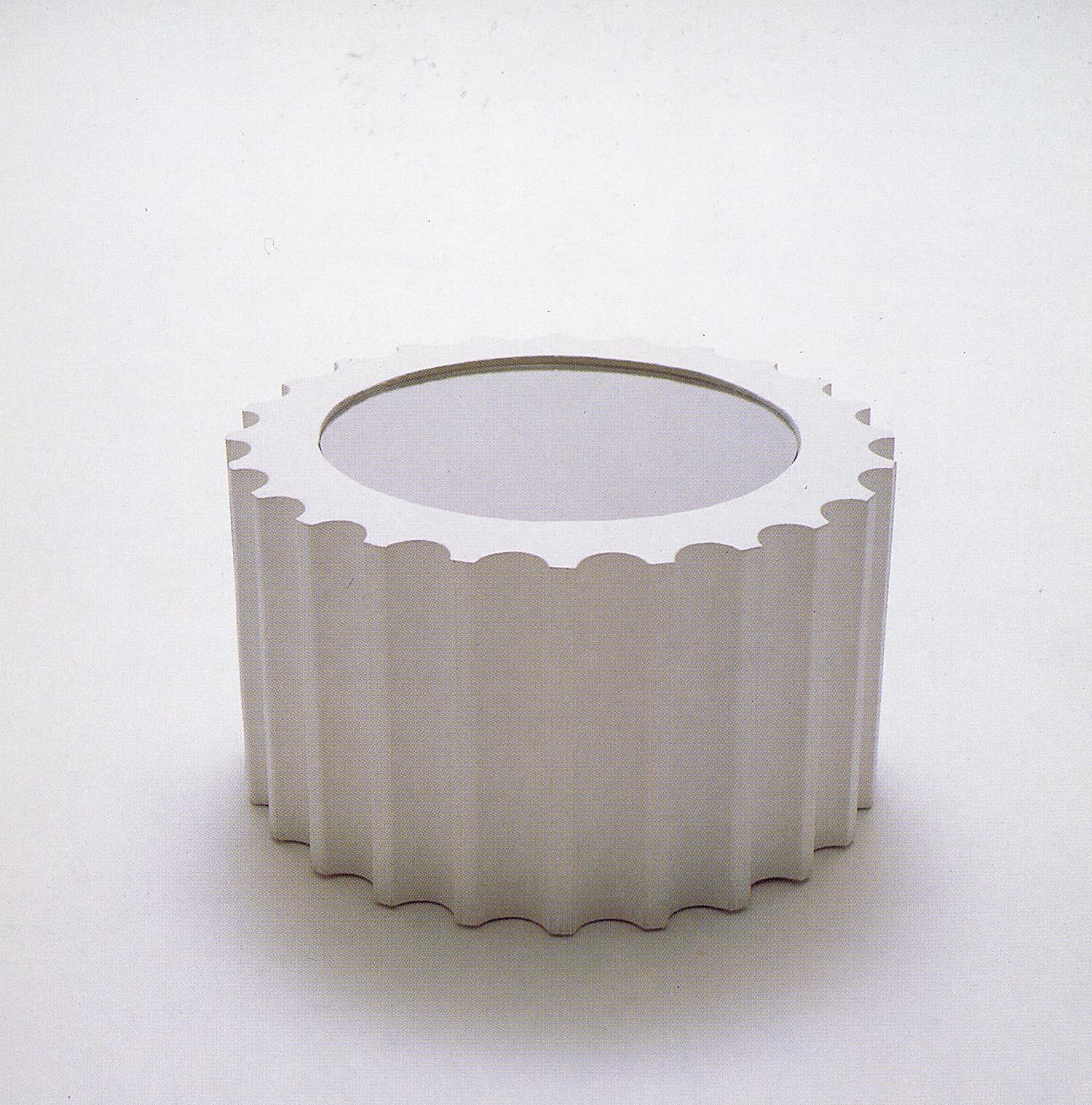 In 1972, the Capitello armchair celebrated its first birthday; showcased at Turin’s Eurodomus expo that same year, it had met with great critical success, both from public and critics alike, and I had established a profound friendship with it. Despite the deep affection I felt for the Bocca sofa, sensual and coquettish as it was, the Capitello was my favourite. One day, I saw that it was sad, its head lowered, and I asked it what the matter was. It told me that the success was gratifying, but that it couldn’t overcome its solitude. The Bocca, a little bit older than the Capitello, and much-courted, did not play with it, and it had no friends to play with. So we thought we should design the Attica series – chair and coffee table – which would keep it company and together they could indulge themselves in numerous different compositions. Since then (it was 1972, 43 years ago), the elements in the Attica-Capitello system have continued to keep each other good company.