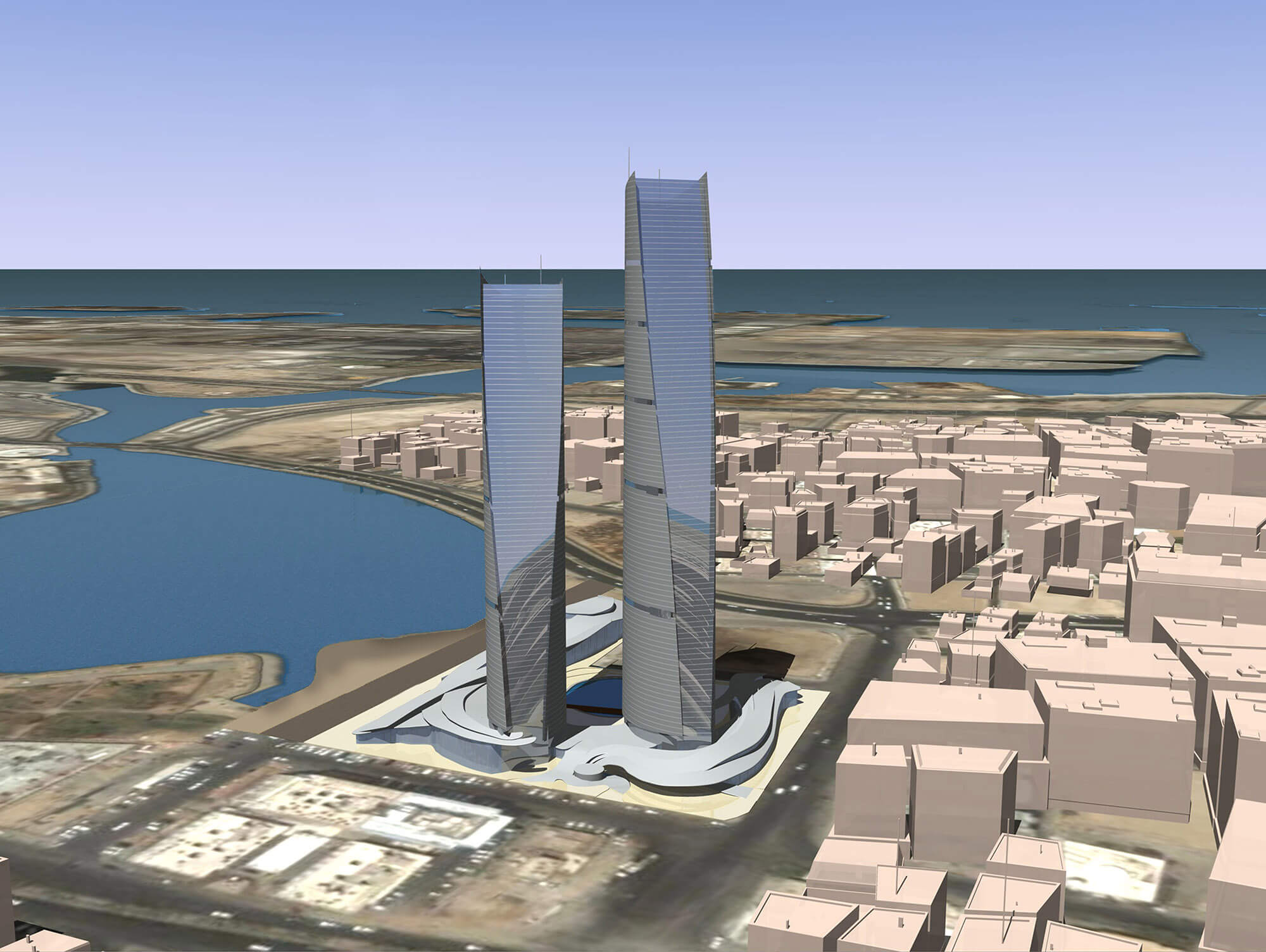 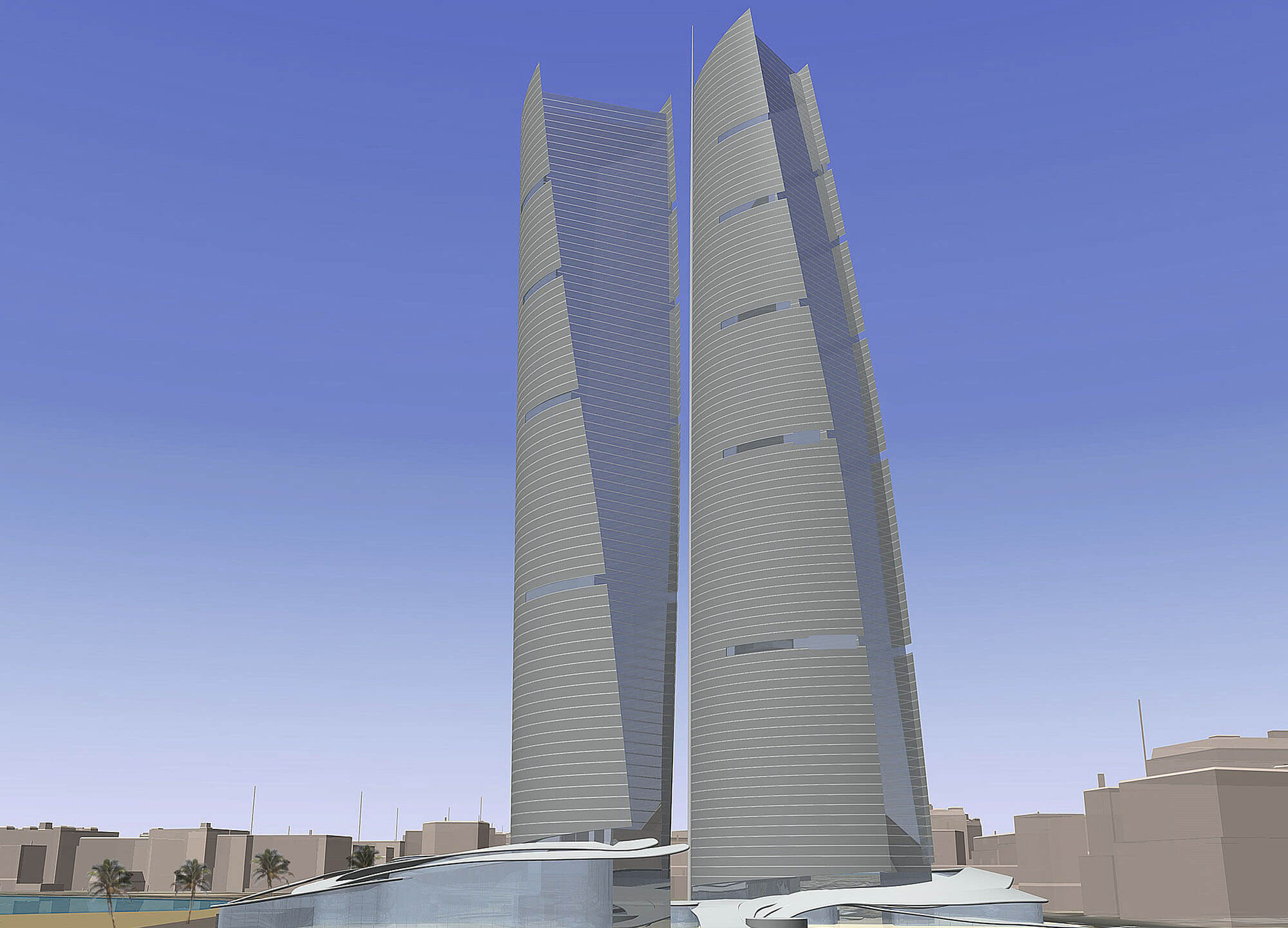 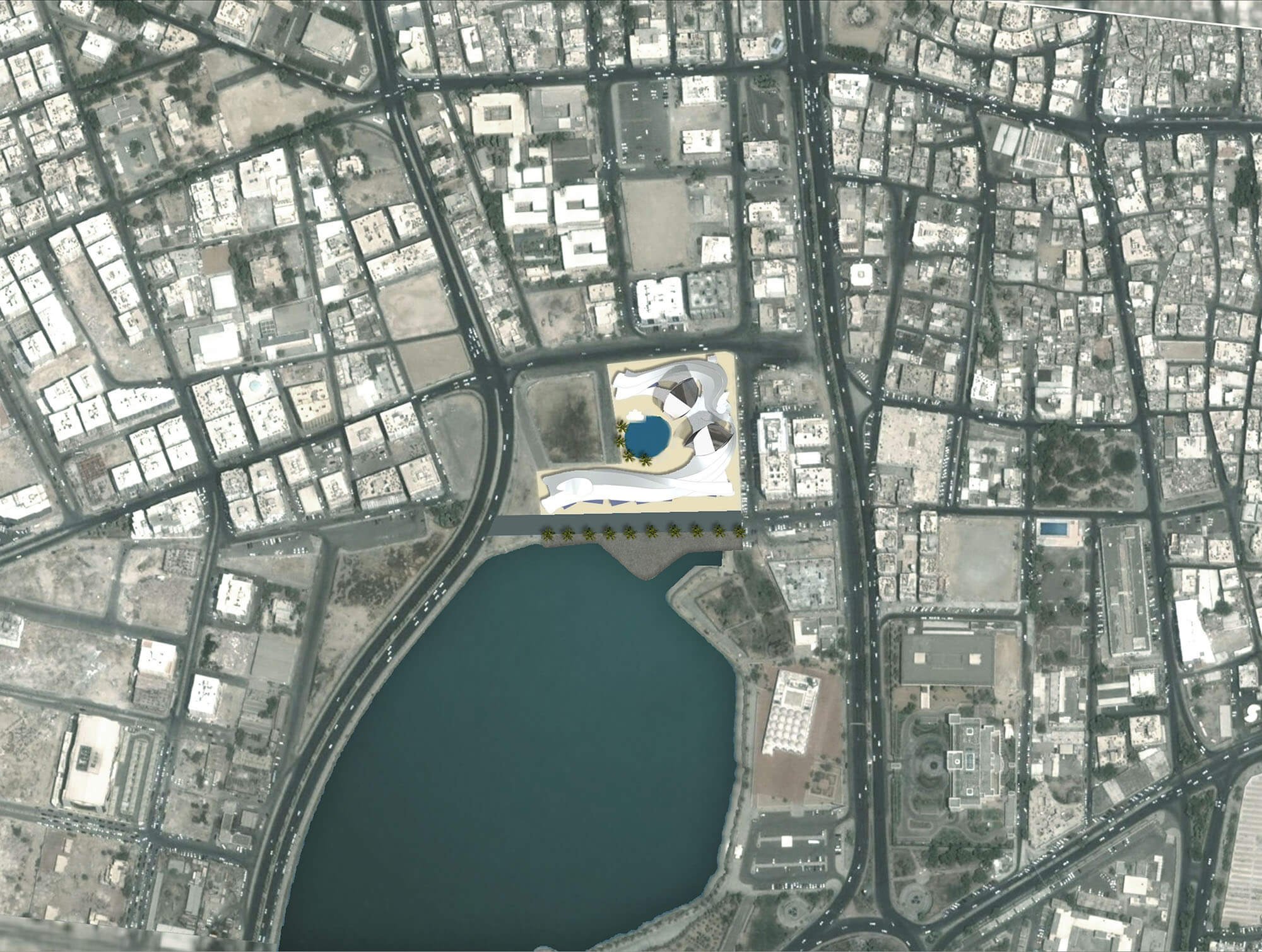 Facing the old town of Jeddah, with its wealth of Ottoman architecture, there is a lagoon where the boats of the fishermen would return after a fishing trip and where the merchandise sourced from the Far East would be offloaded, under the watchful eye of the harbour master. Close to the old harbour master’s office – today protected as a national monument – we were asked to design a complex with hotels, offices and a shopping mall. The design is based on the idea of it being an extension of the waves of the sea, which open up in a vortex around the harbour master’s office and play host to the shopping mall. On these gigantic waves, two sailing boats chase after each other. One – 50 storeys high – contains the hotel and the furnished apartments; the other, 40 storeys high, houses the offices of a large company and also features fully equipped spaces. The two sails brush against the surface of the waves and – as you drive along the road surrounding the complex – seem to pursue each other, blown by the wind.