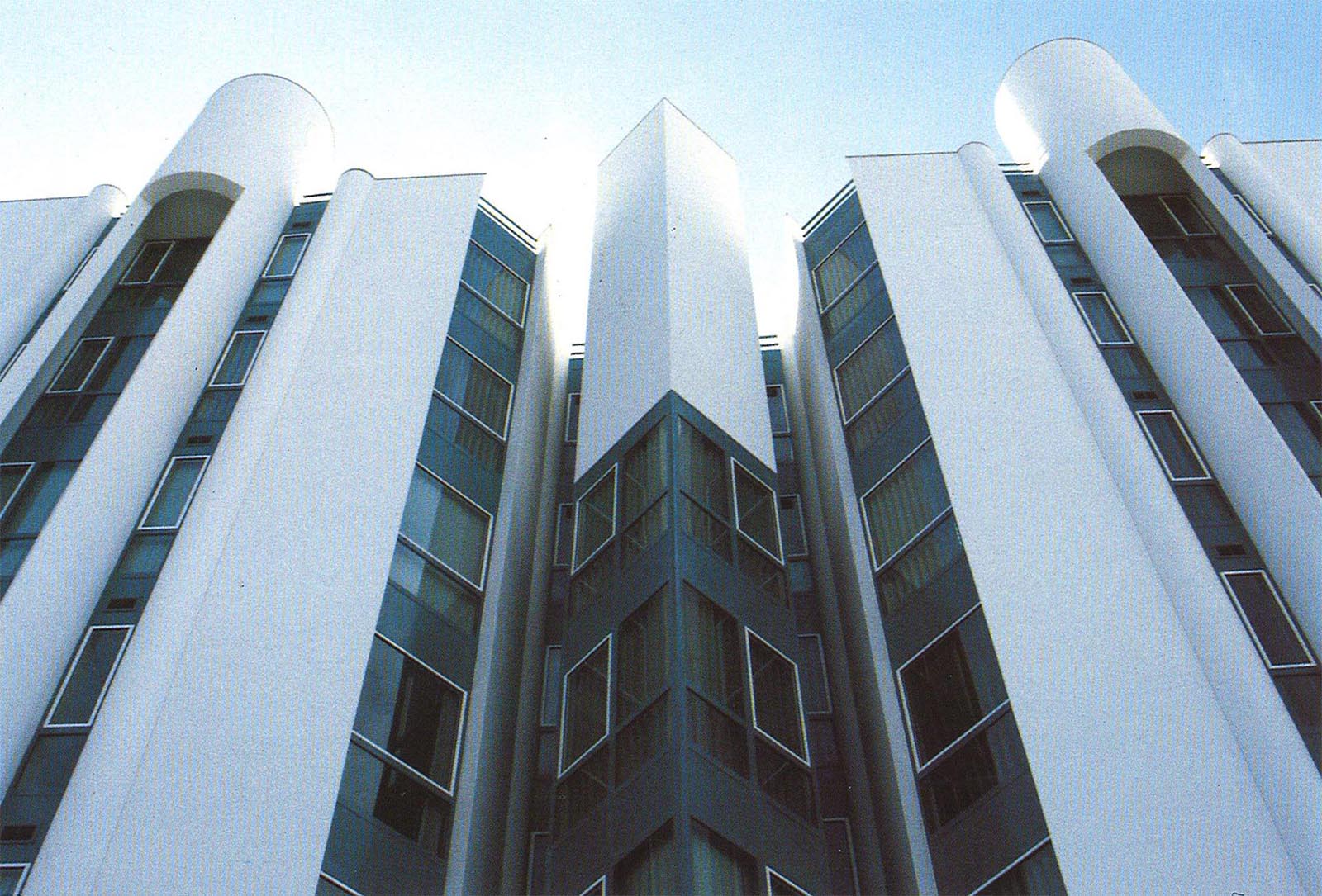 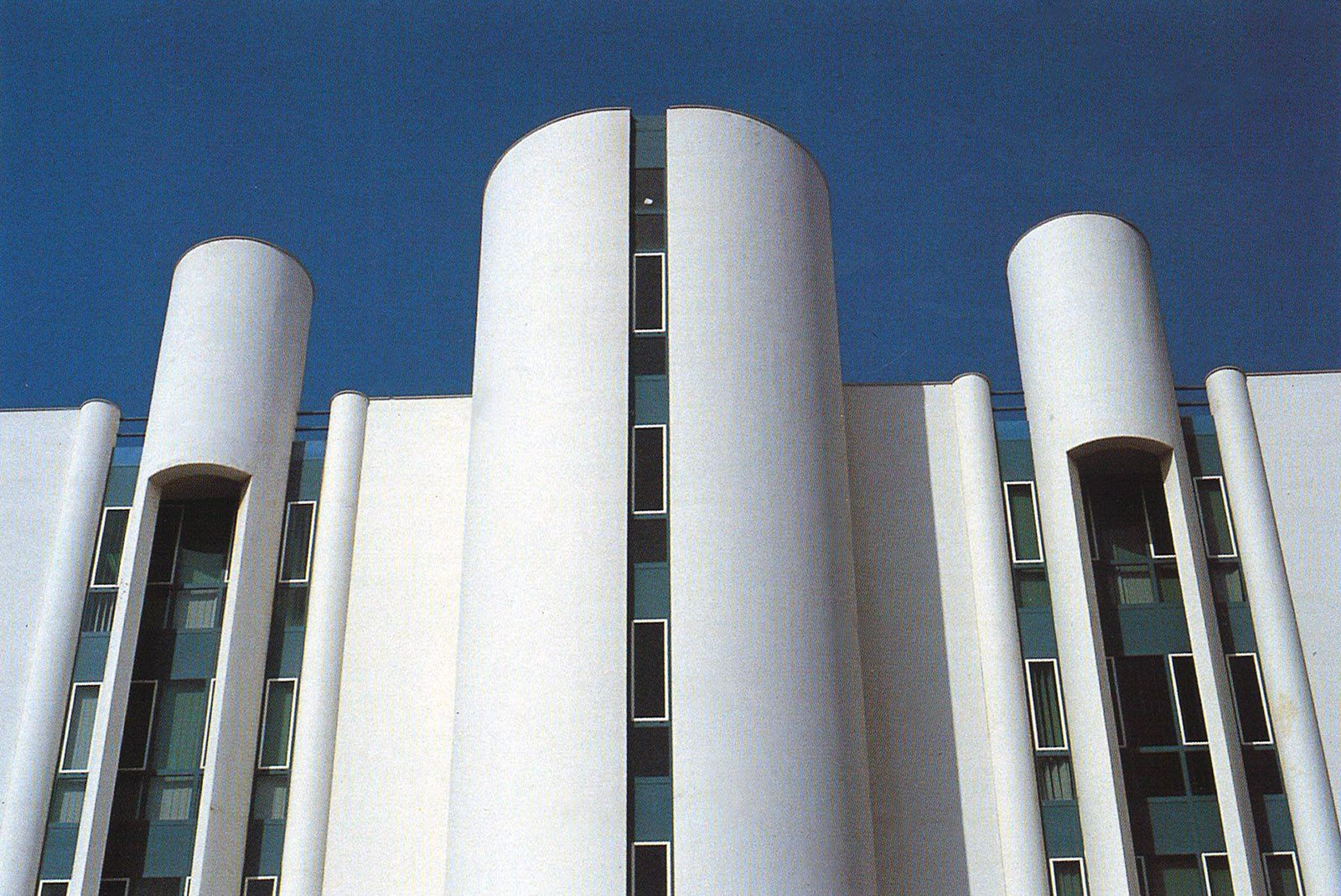 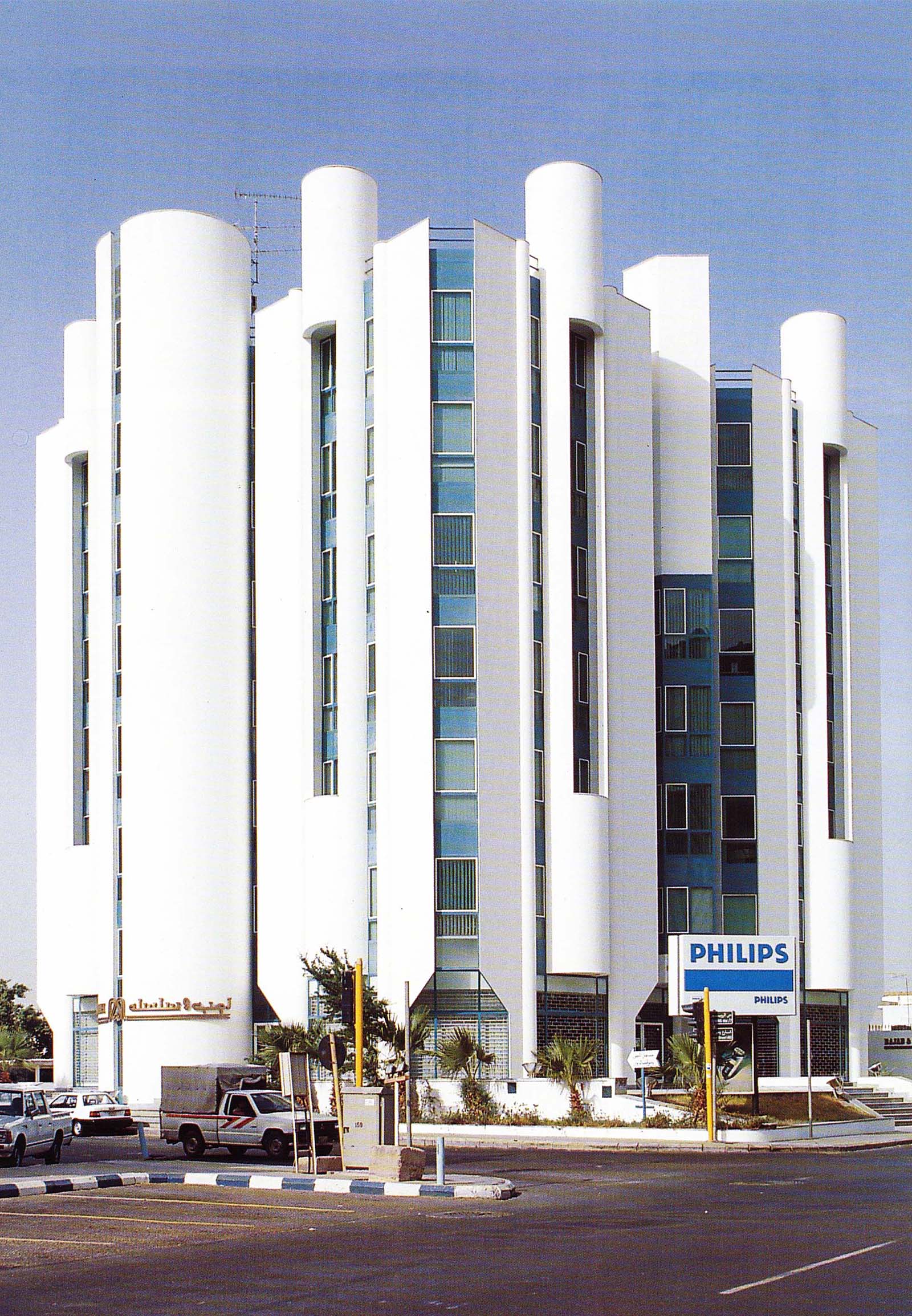 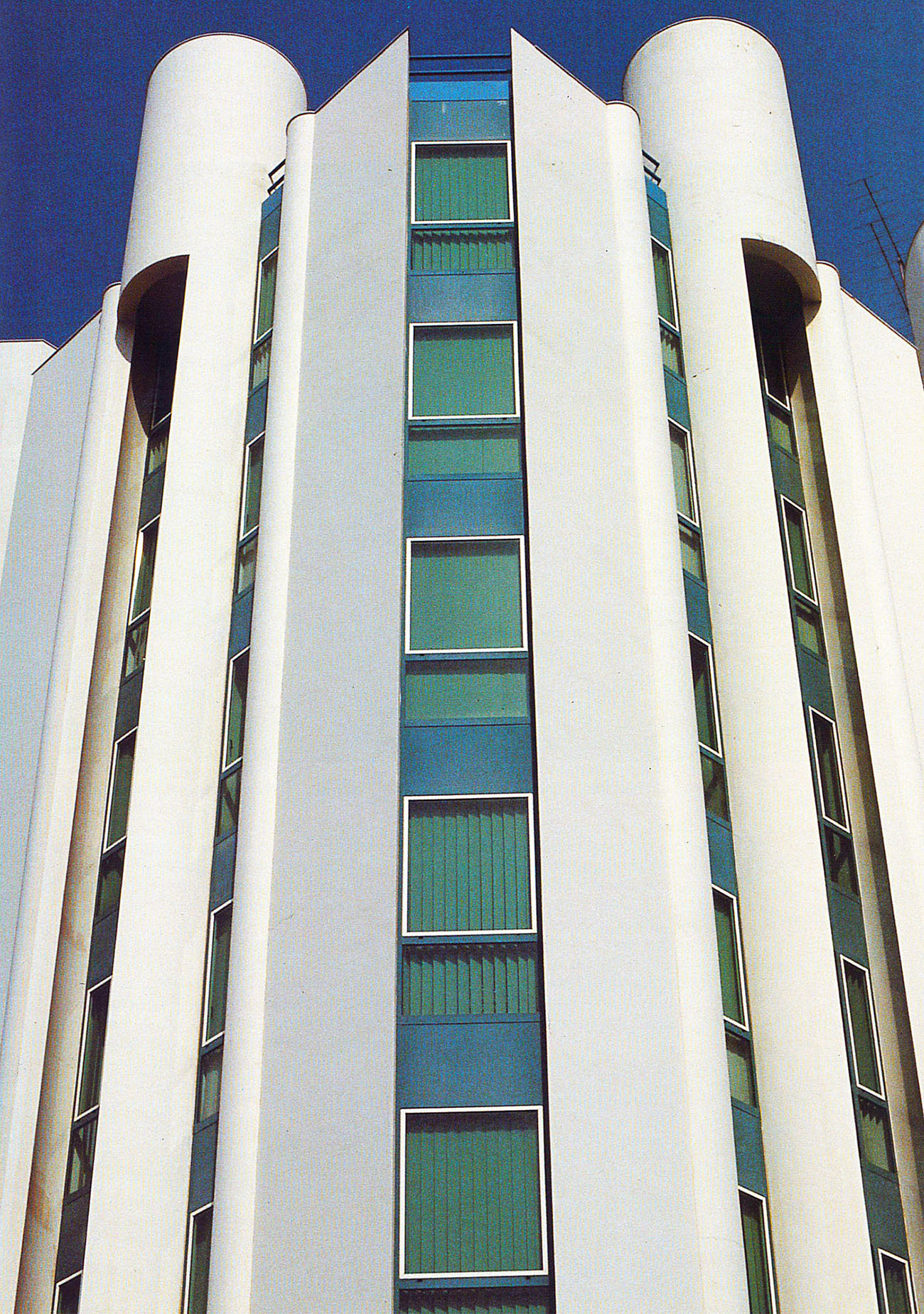 The project is developed on a long narrow strip of land bordering with its short side the main road. The idea of the project is to concentrate the main volume of the offices in the two lateral towers, almost bow and stern of a ship, connected by the low block of shops. The uniform and uninterrupted repetitiveness of the lateral elements is placed in contrast with the emphasis of the central entrances on the minor sides, thus giving the building its direction. The central core becomes a covered commercial road (Arab souk) illuminated from above by the domes. The fact that the plot is not perpendicular with the main road, suggested that the groundfloor design of the shos be octagonal, so as to make the shop windows more visible from differentapproaches to the building. Proceeding upwards, the octagon becomes a square, using walls that repeat, inverted, the classical passage of Islamic architecture from a square base to an octagonalone. The two staircase cylinders, at the sides of the office towers, closed on the outside, underline the direction of the building.