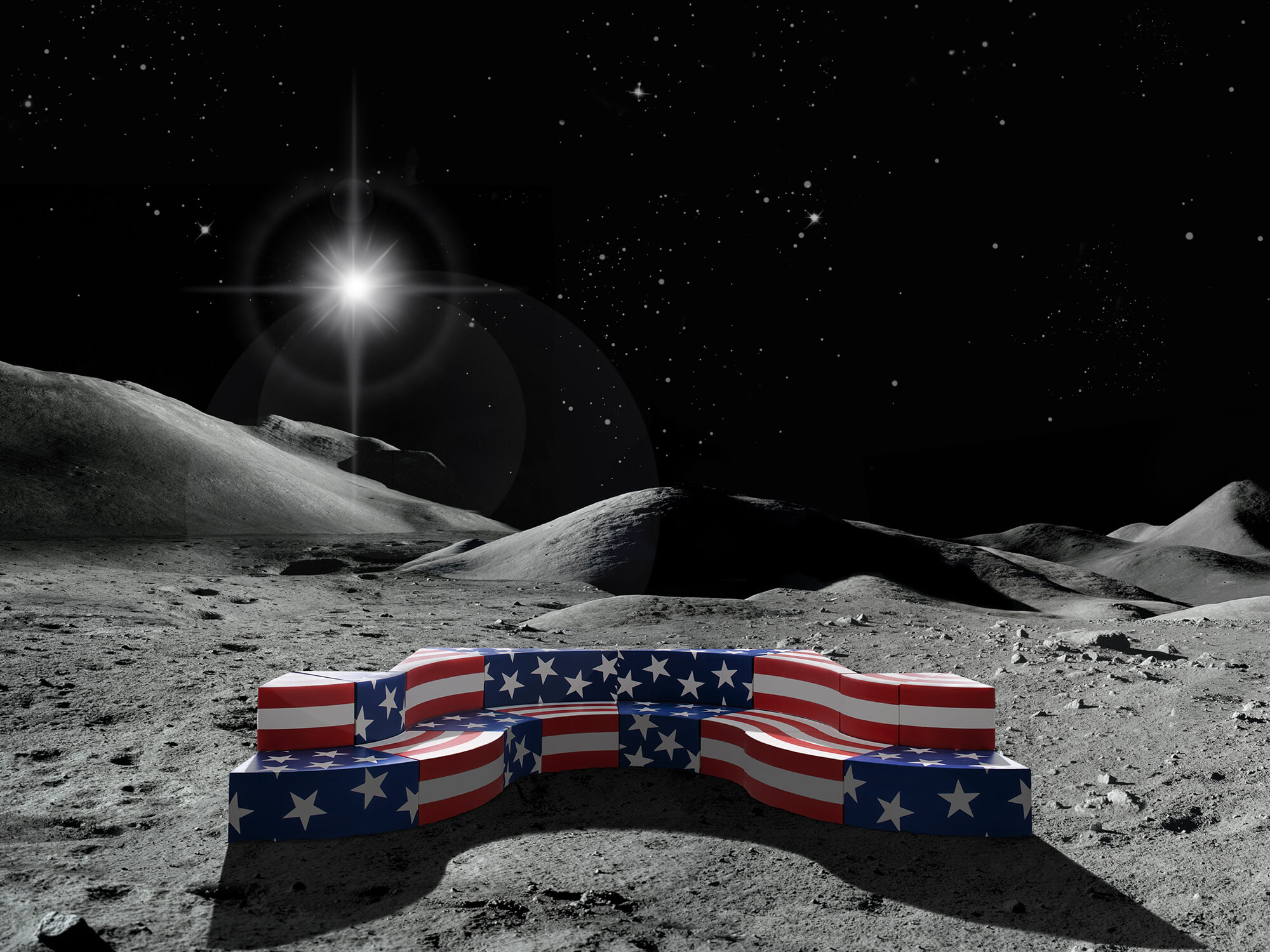 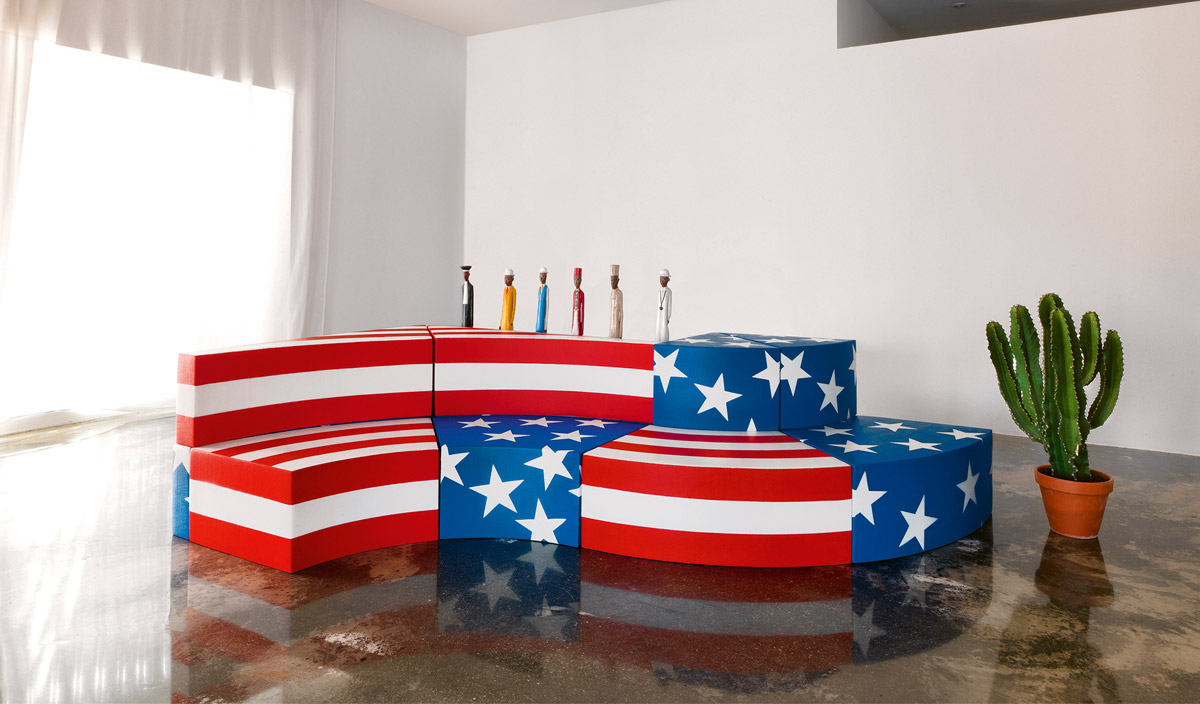 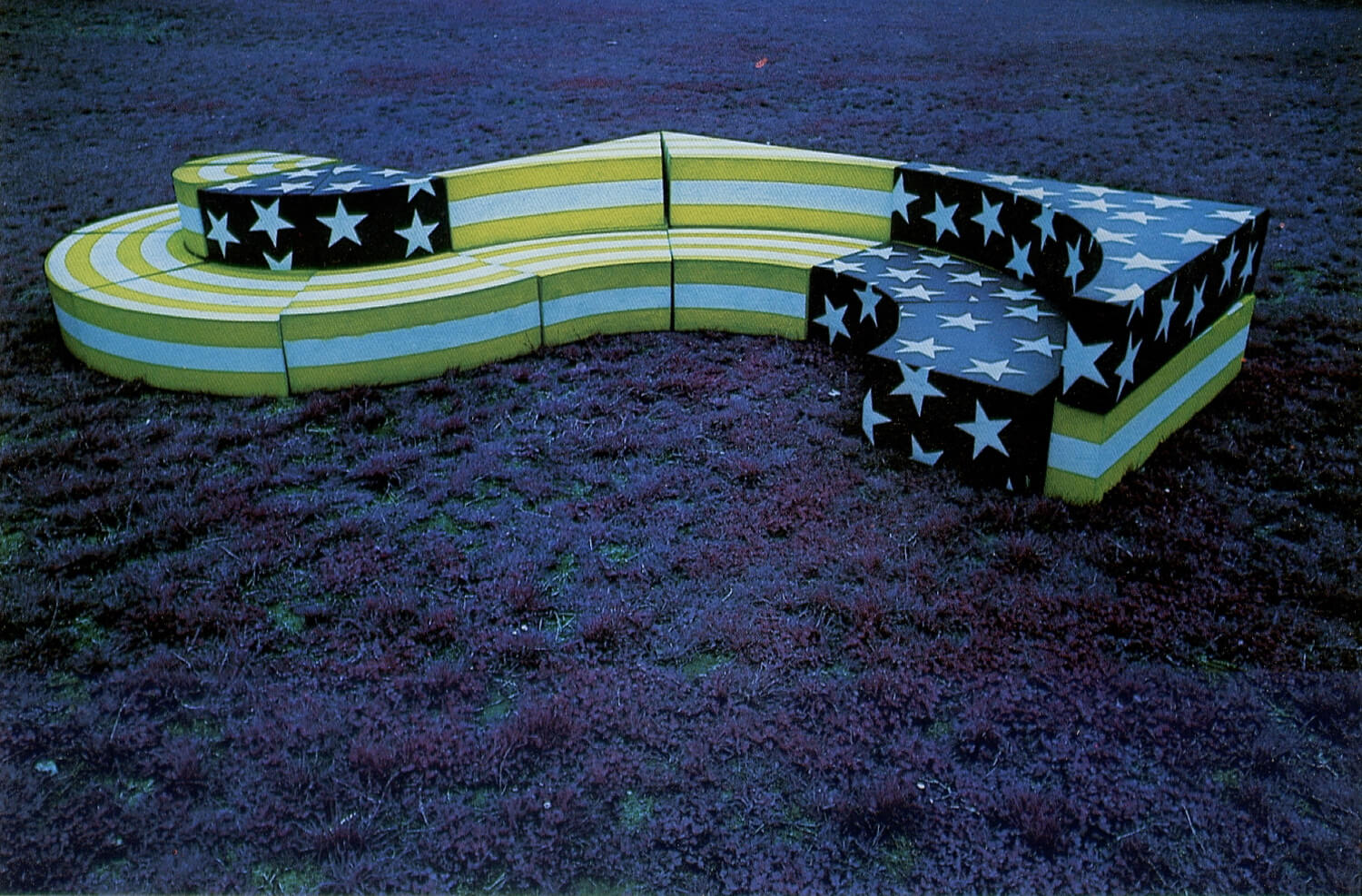 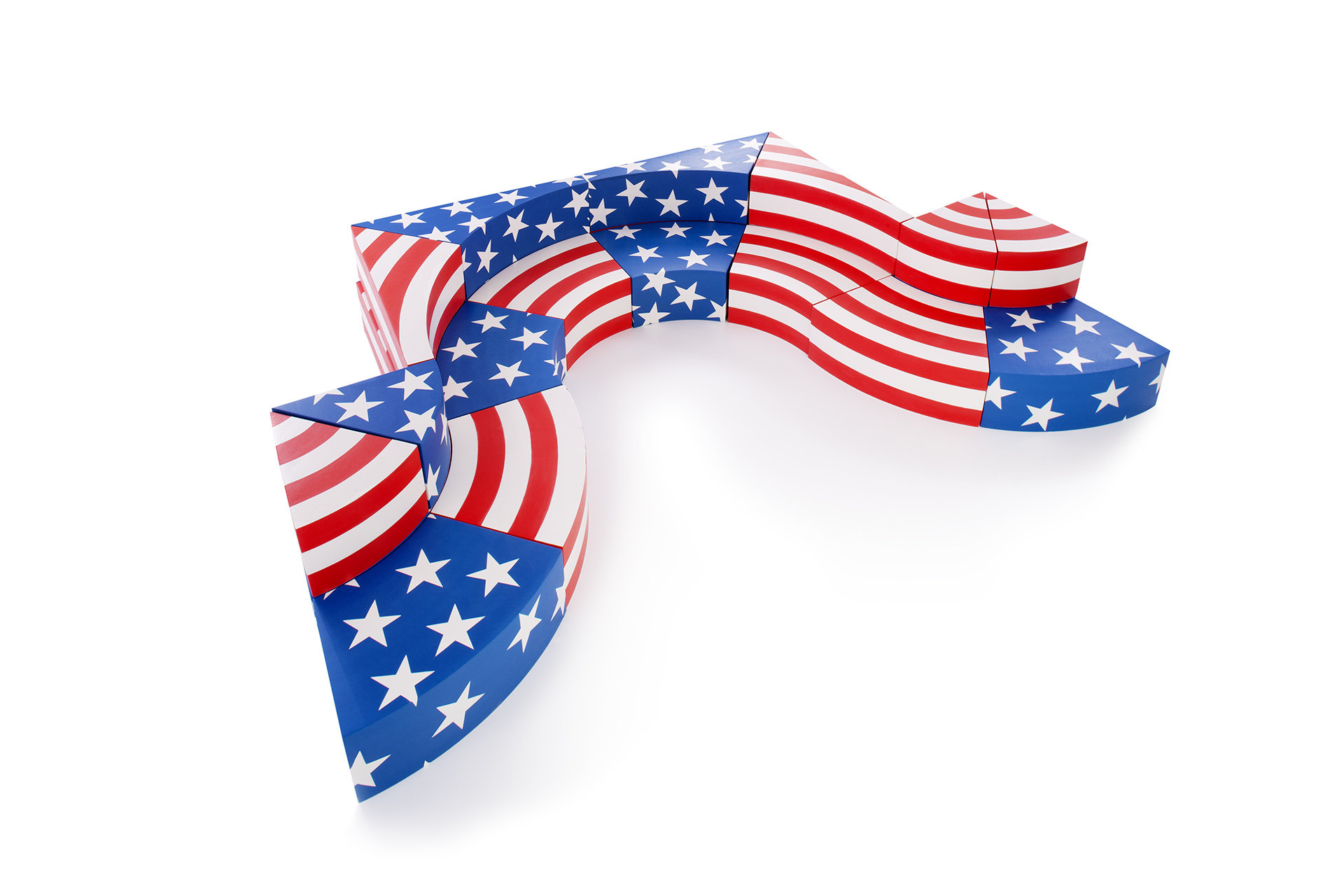 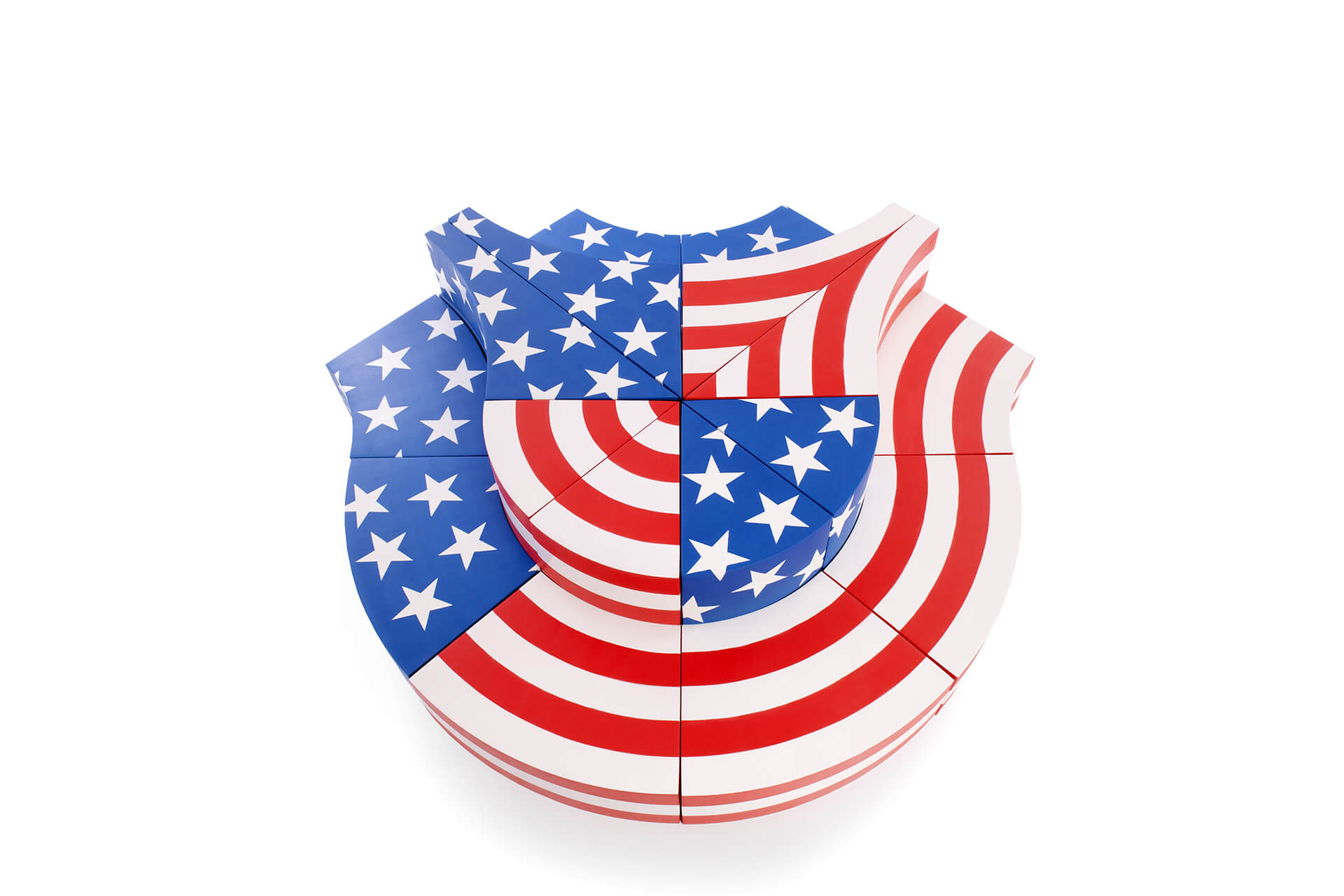 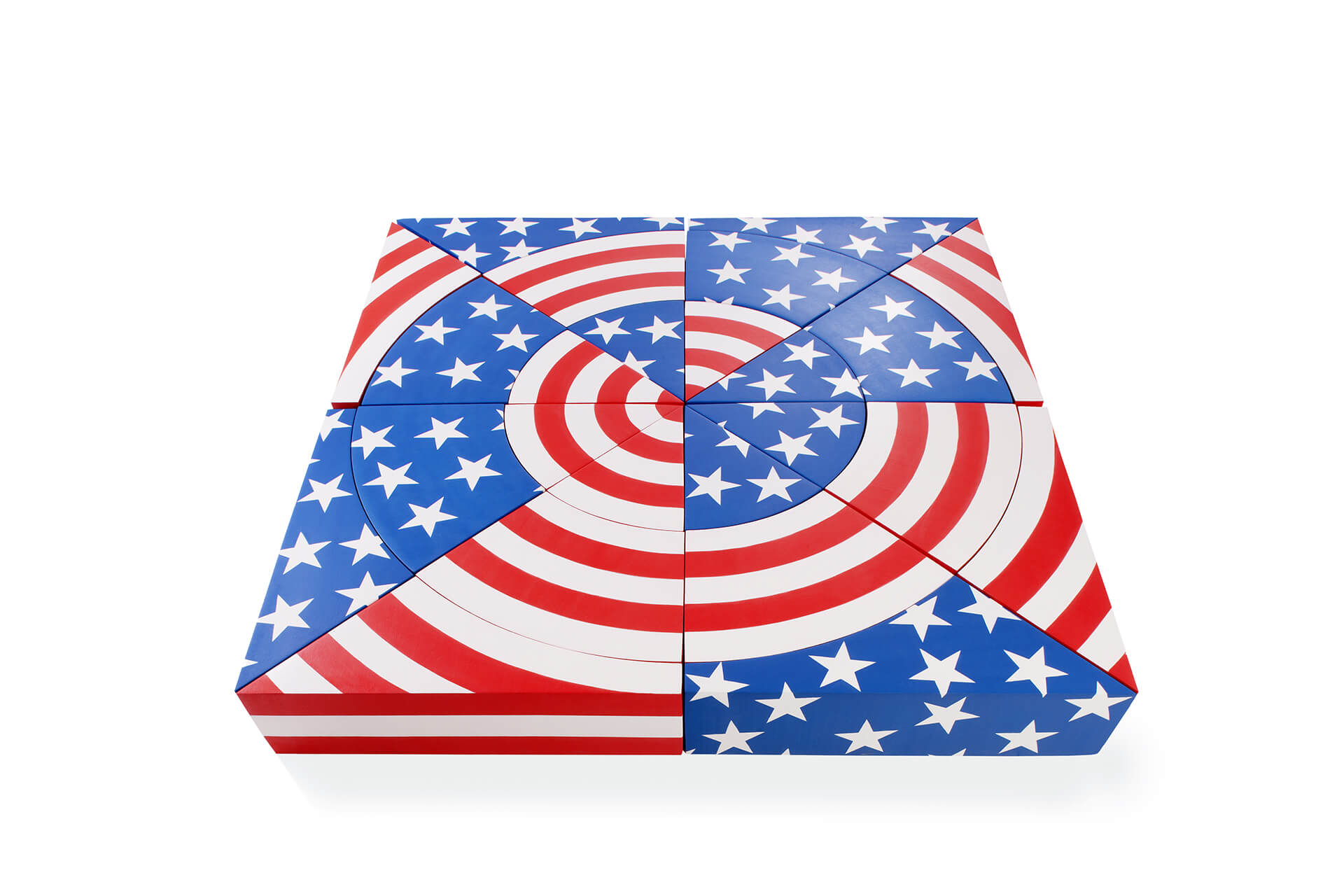 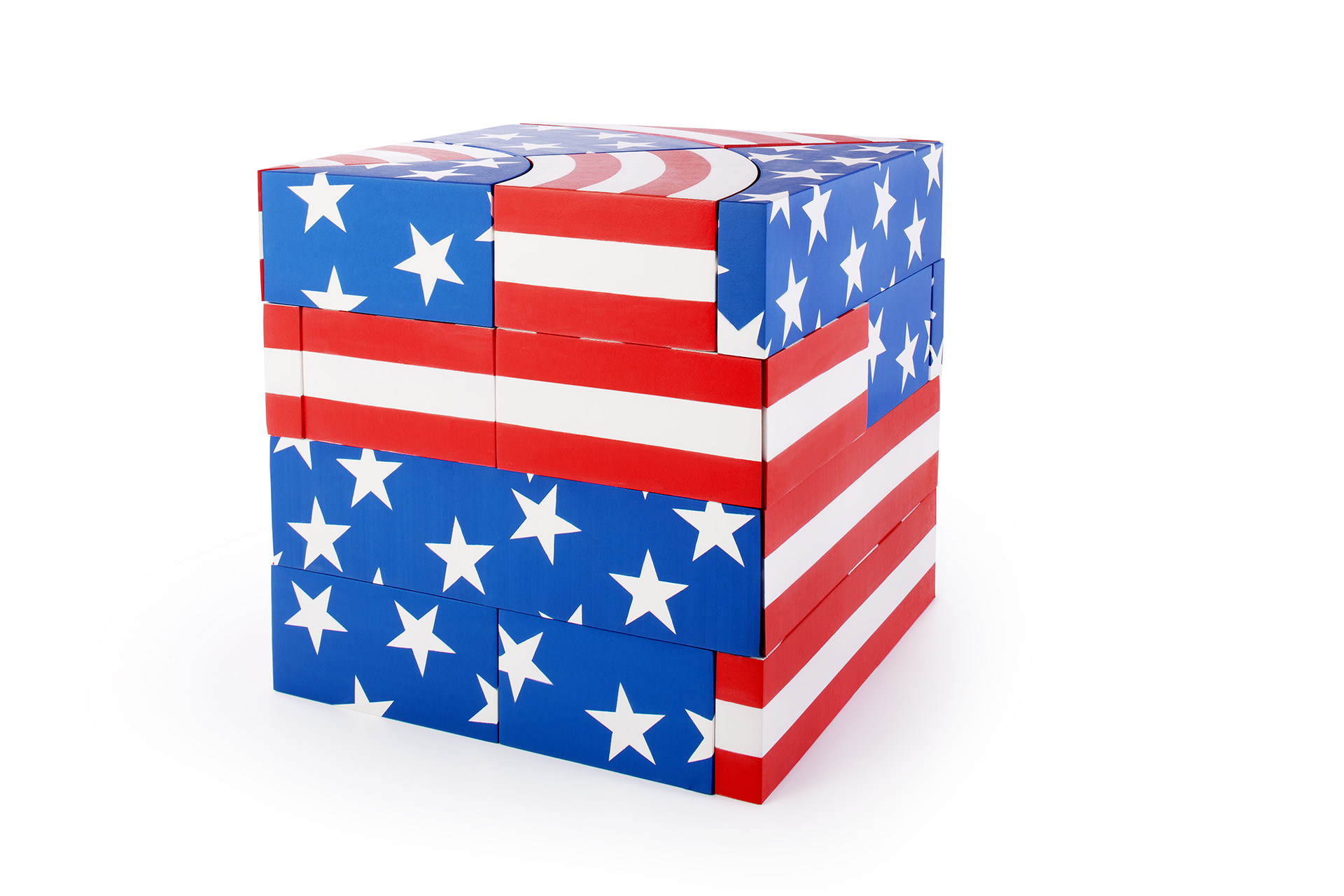 Leonardo is the parody of a modular sofa, modularity being such a fashionable feature of modern sofas of the ’60s. It is a sofa that, however you put it together, always communicates the same message: the American flag. Leonardo is so-called because its design is based on two concentric circles inscribed in a square, crossed by two orthogonal and two diagonal axes, just like Leonardo da Vinci’s Vitruvian Man. It was the first piece designed by Franco and Nanà Audrito in 1969 for their attic, a home-cum-studio on the fifth floor (with no lift access) on Turin’s Corso Moncalieri 119. When it wasn’t in use, it occupied a small corner of the studio, already taken up entirely by drawing tables. The pieces were put together to form a cube measuring 140 x 140 x 140 centimeters, which could be dismantled and recomposed as a sofa, or a guest bed, as required. The ludic use of a symbol as loaded as the stars and stripes, particularly during the period of the Vietnam war, was an attempt to wrestle the flag back from the distorted use being made of it by the American war machine and to demystify the imperialist value that it had taken on. In re-casting it for playful domestic use, the intention was to rediscover the profound value of a symbol that, in the world’s imagination, had signified the fight for freedom and independence from monarchical Europe, the war against the slave-owning South, the rallying cry of here come our boys against the Nazis in the Second World War, the musical revolutions of jazz and rock, and the youthful desire for freedom epitomised by Kerouac’s On the Road and by the flower children.