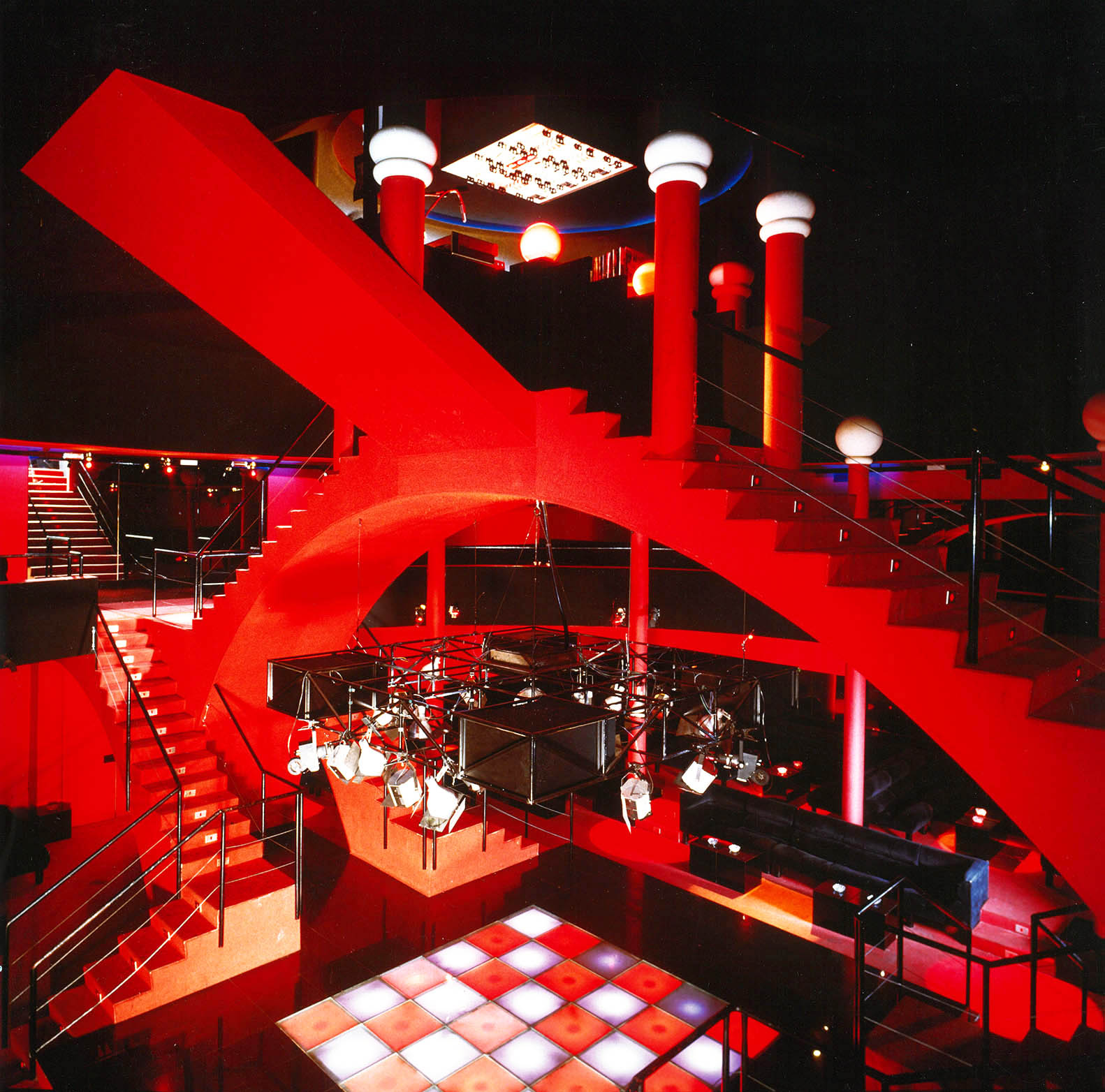 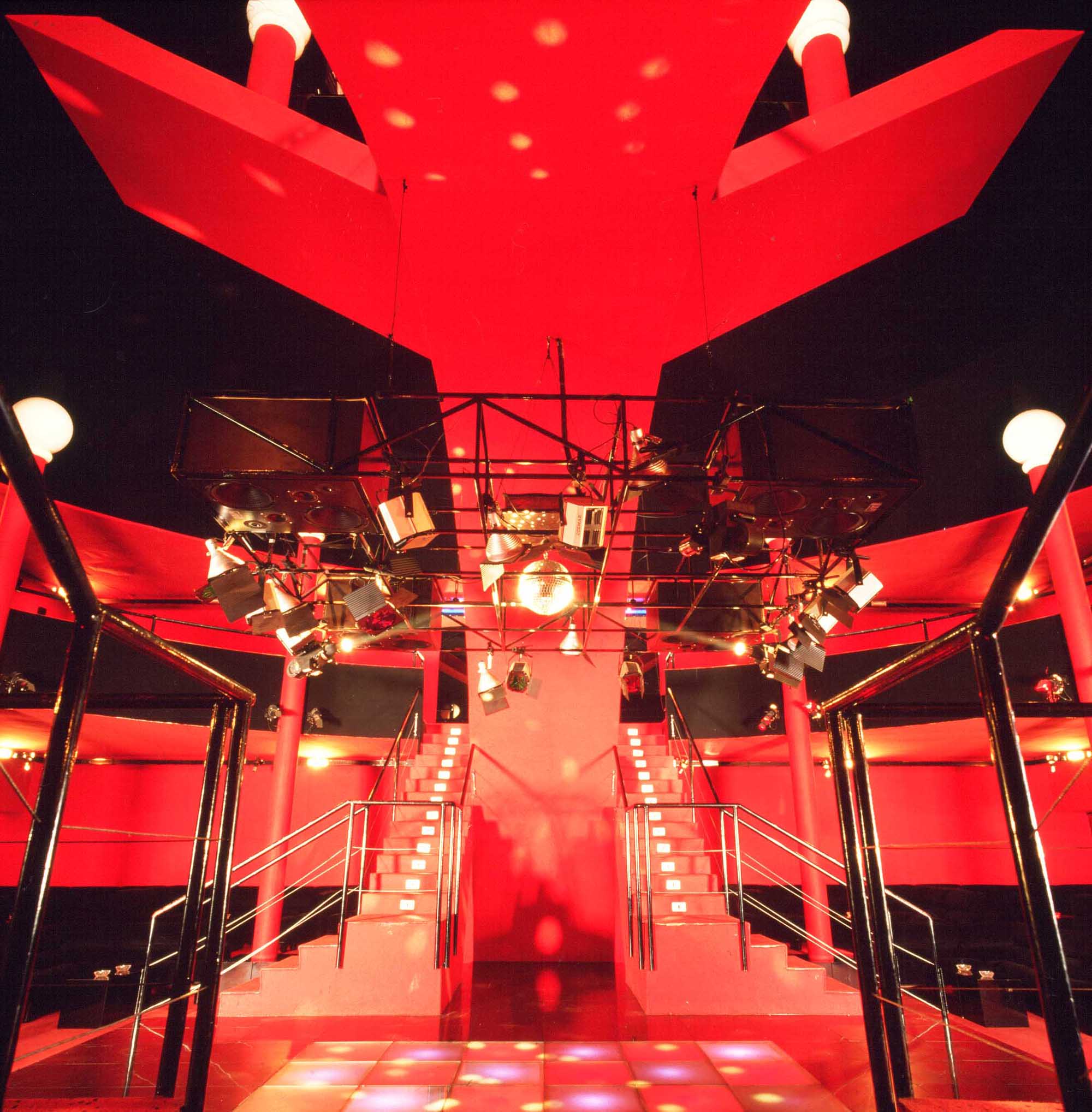 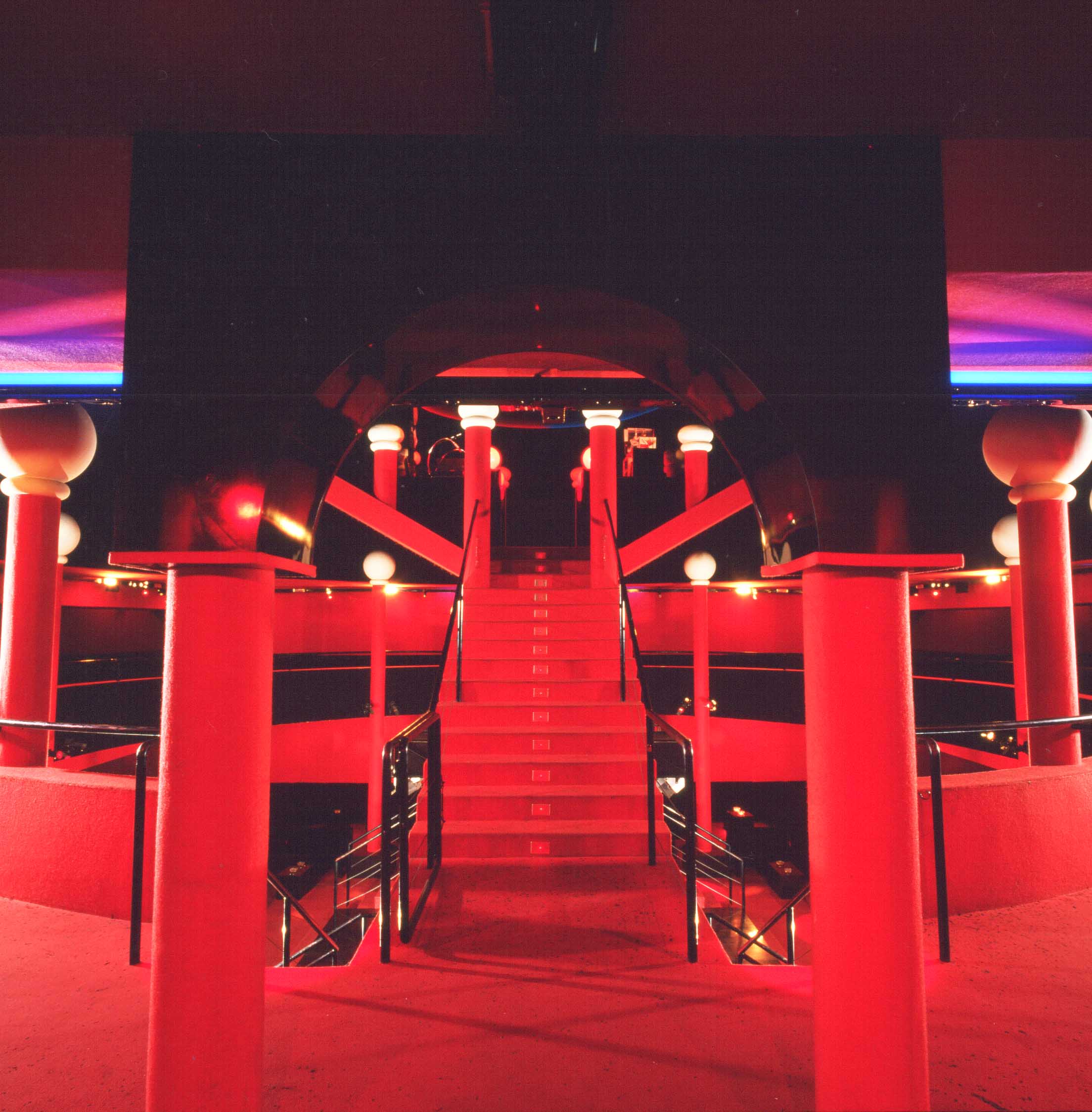 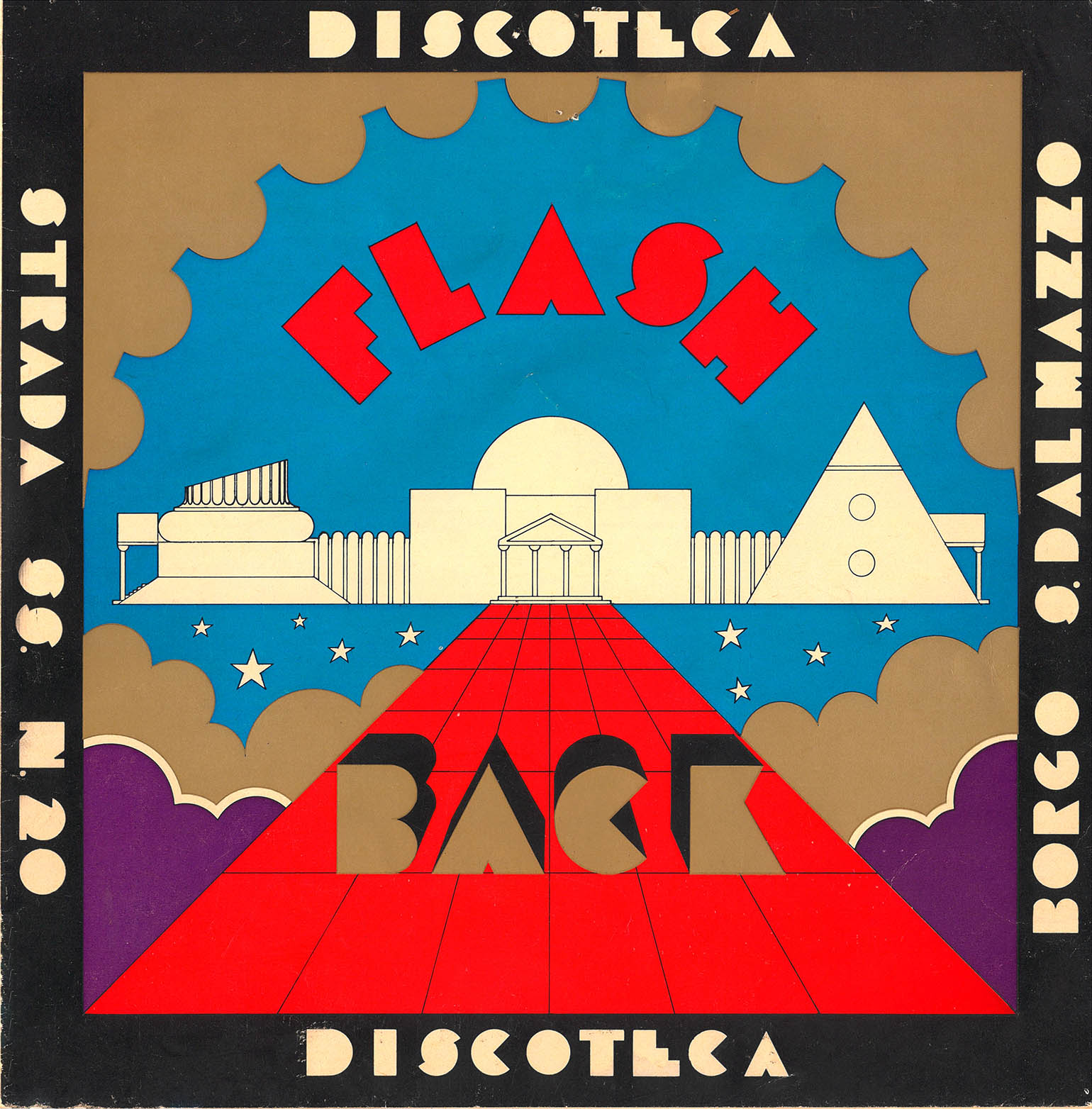 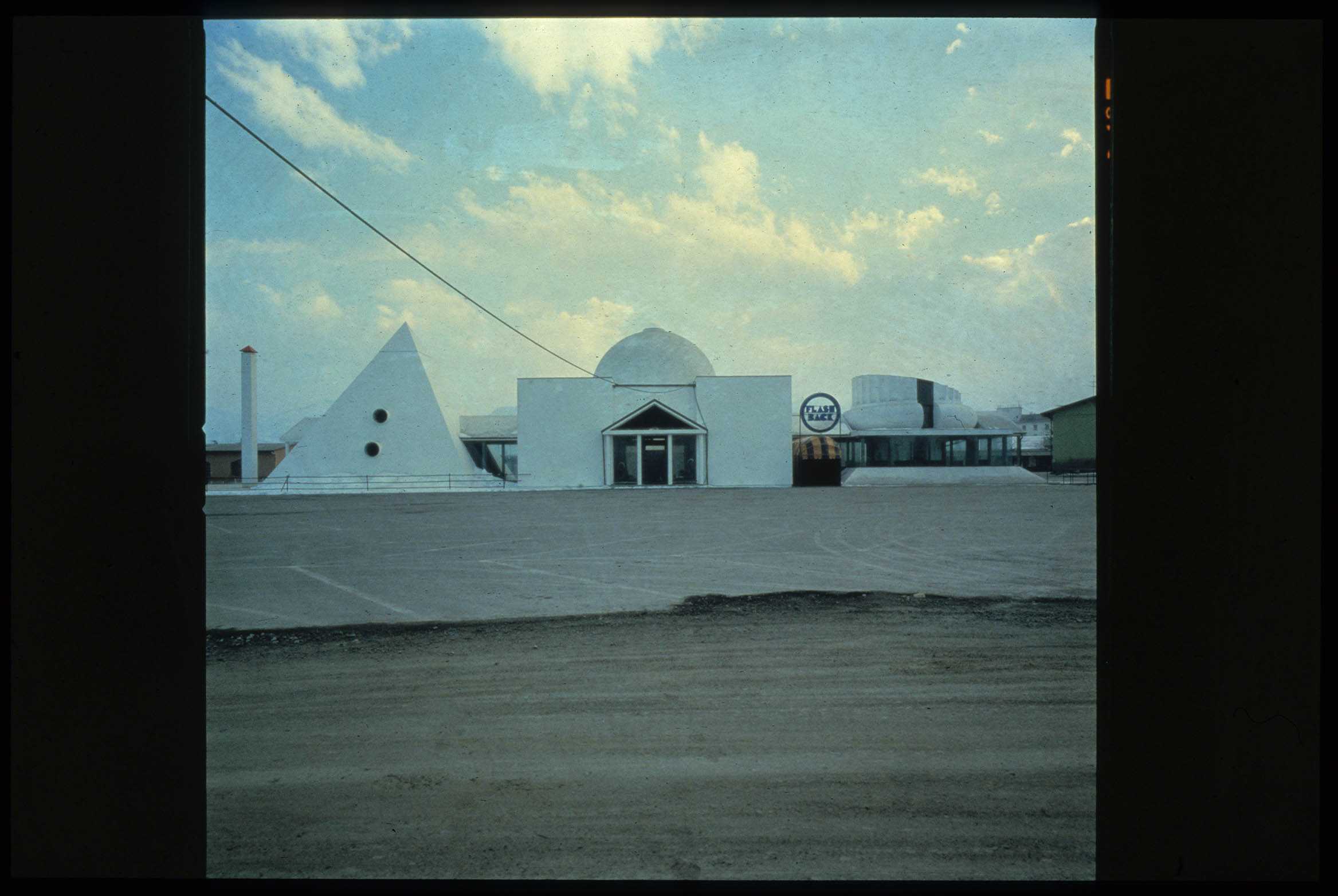 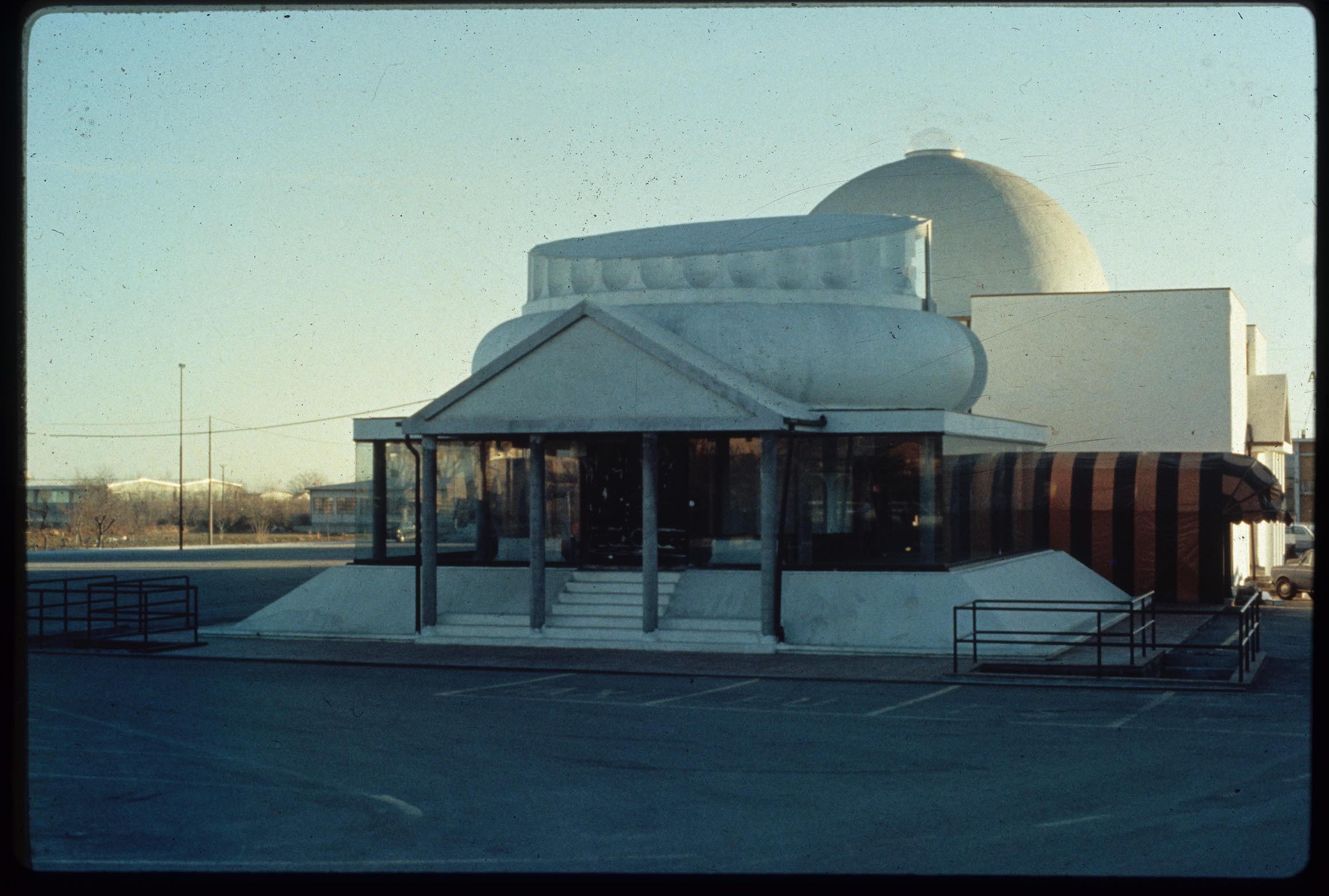 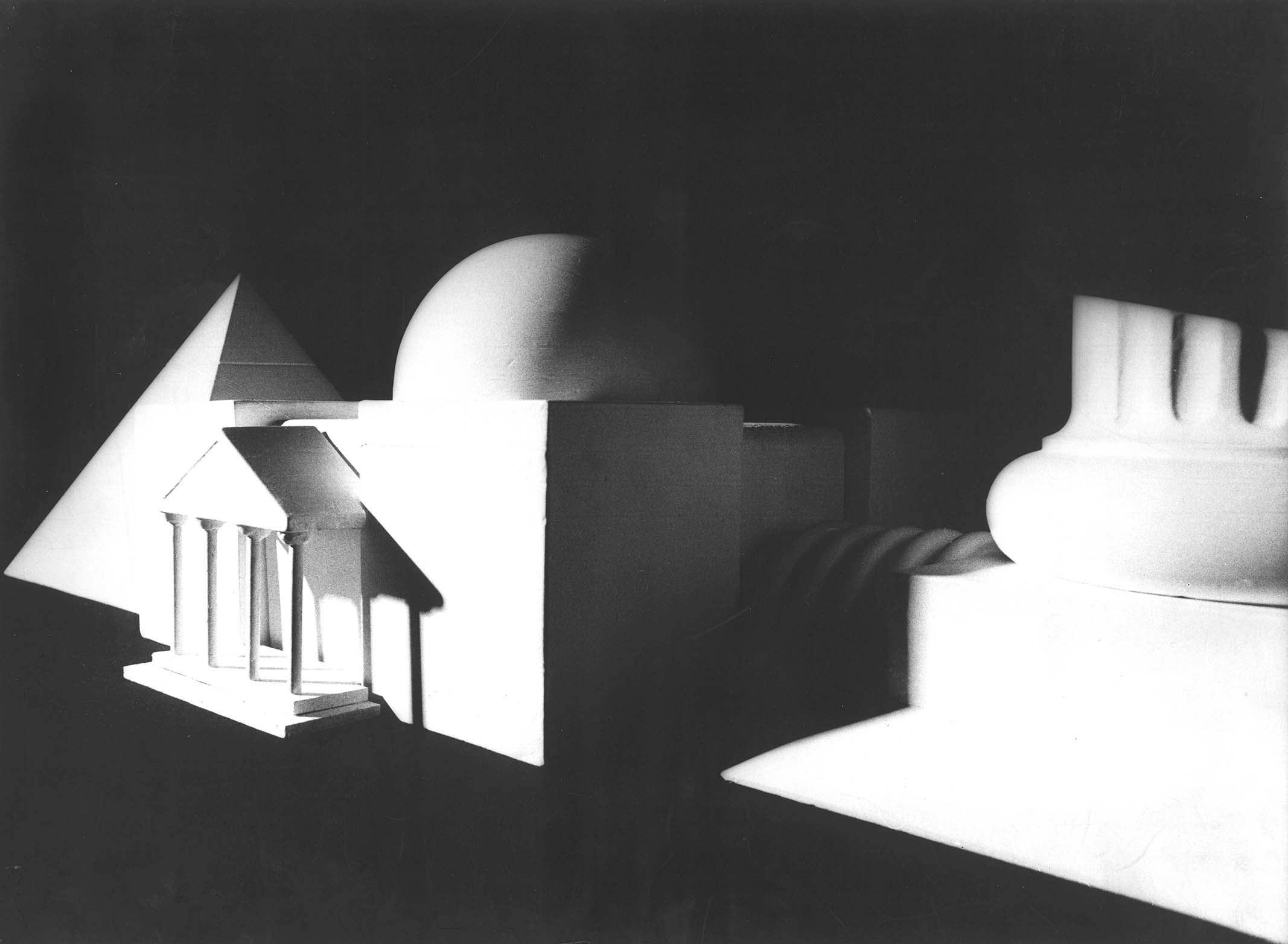 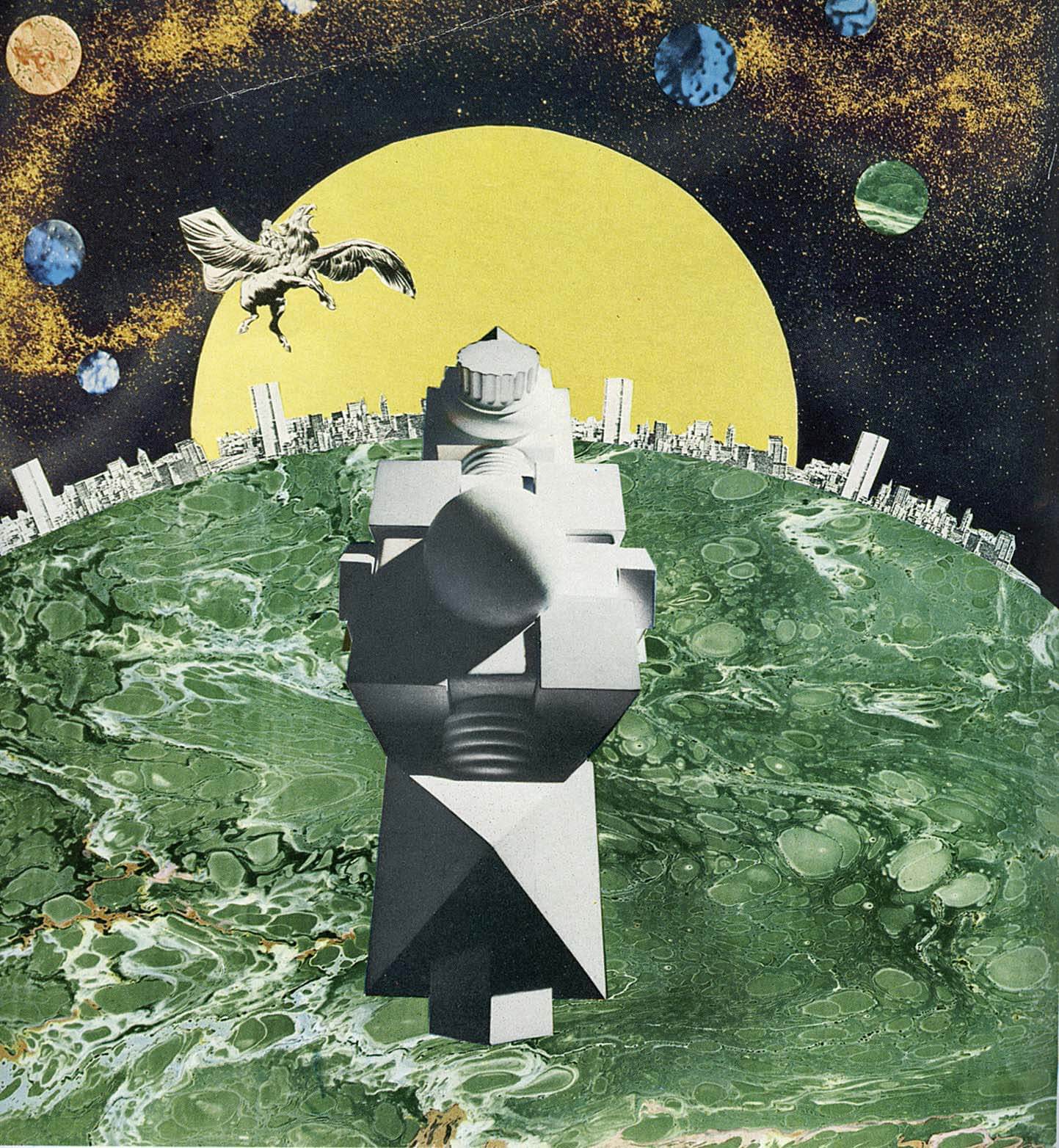 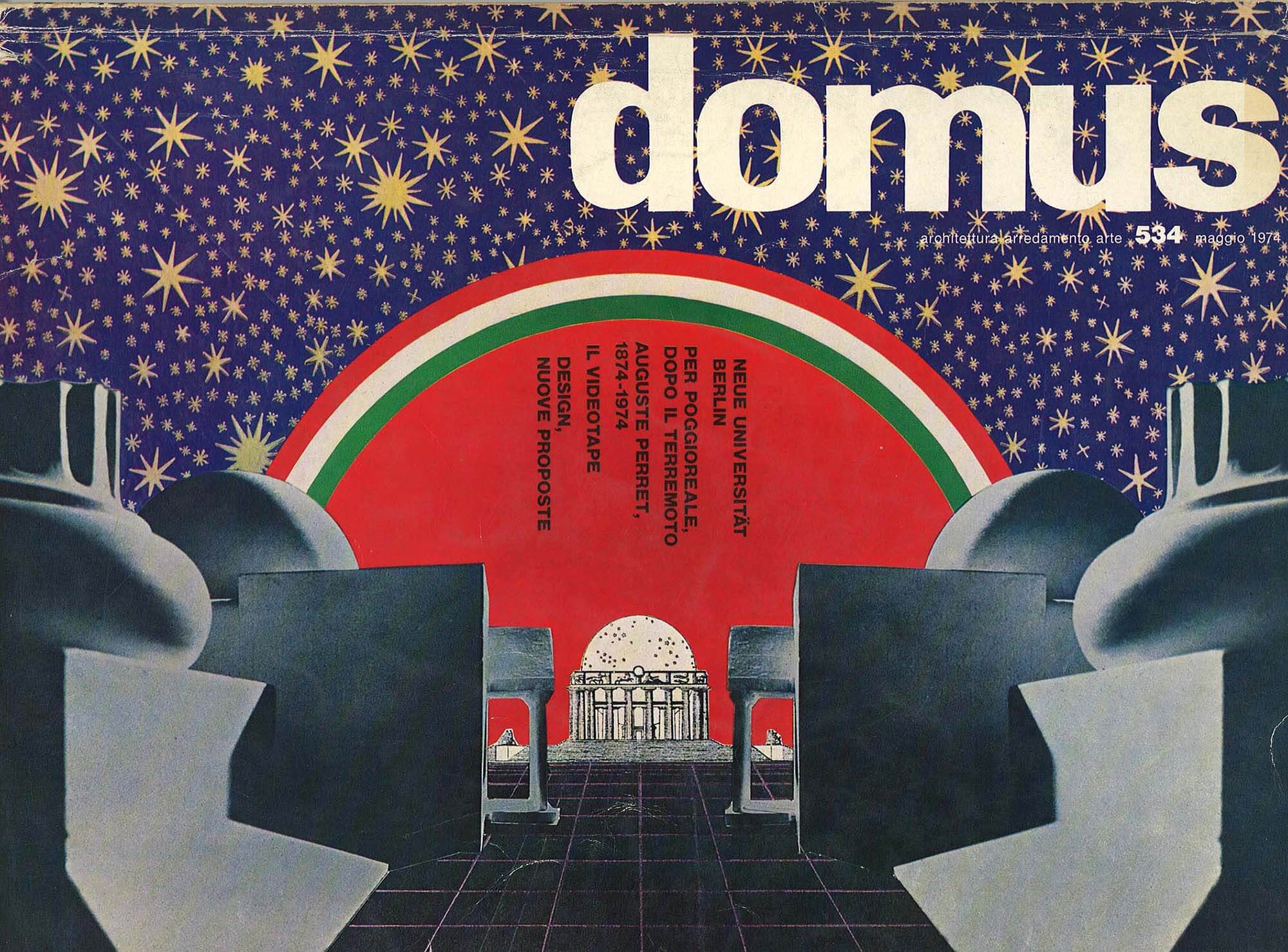 The client, a tile merchant based in the province of Cuneo, wanted us to design a showroom on the highway leading from Cuneo to France; a building that would attract the attention of Sunday drivers and would impress everyone with its “Las Vegas look”. For Studio65, which recommended that the complex also include a nightclub, it was an opportunity to design an open-minded building that would draw its communicative power from its ridiculing of the canons and values of traditional architecture, by proposing, within an apparent formal homogeneity, profoundly discontinuous elements, taken from wildly divergent codes, on a variety of different scales. The irreverence encompasses not just certain types of architecture, but also the very role of the architect, who is no longer invested with the moral high ground, but is now a jester with a secular, critical spirit. It was one of the first Italian examples of that architecture that would later be defined radical and pop.