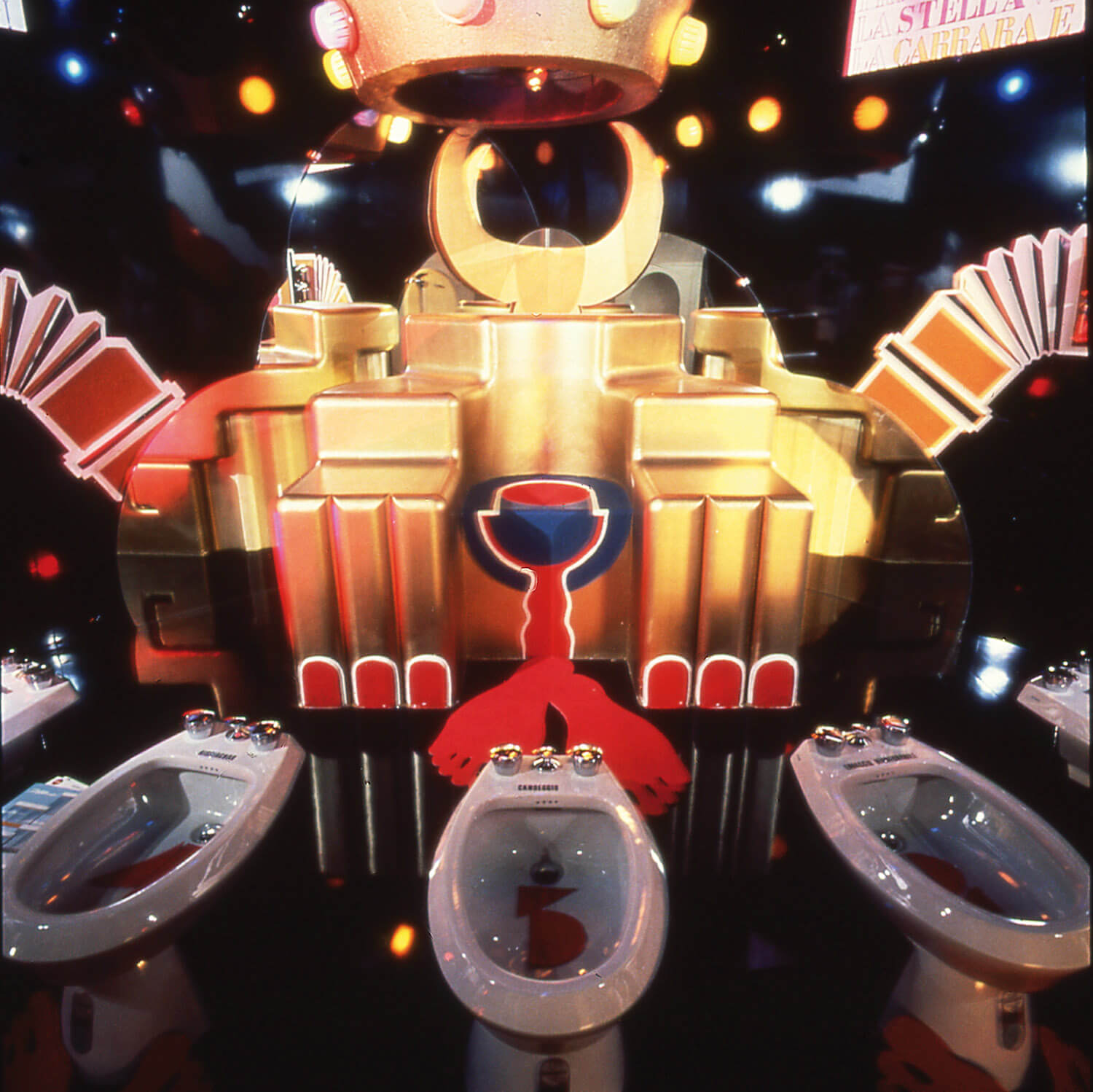 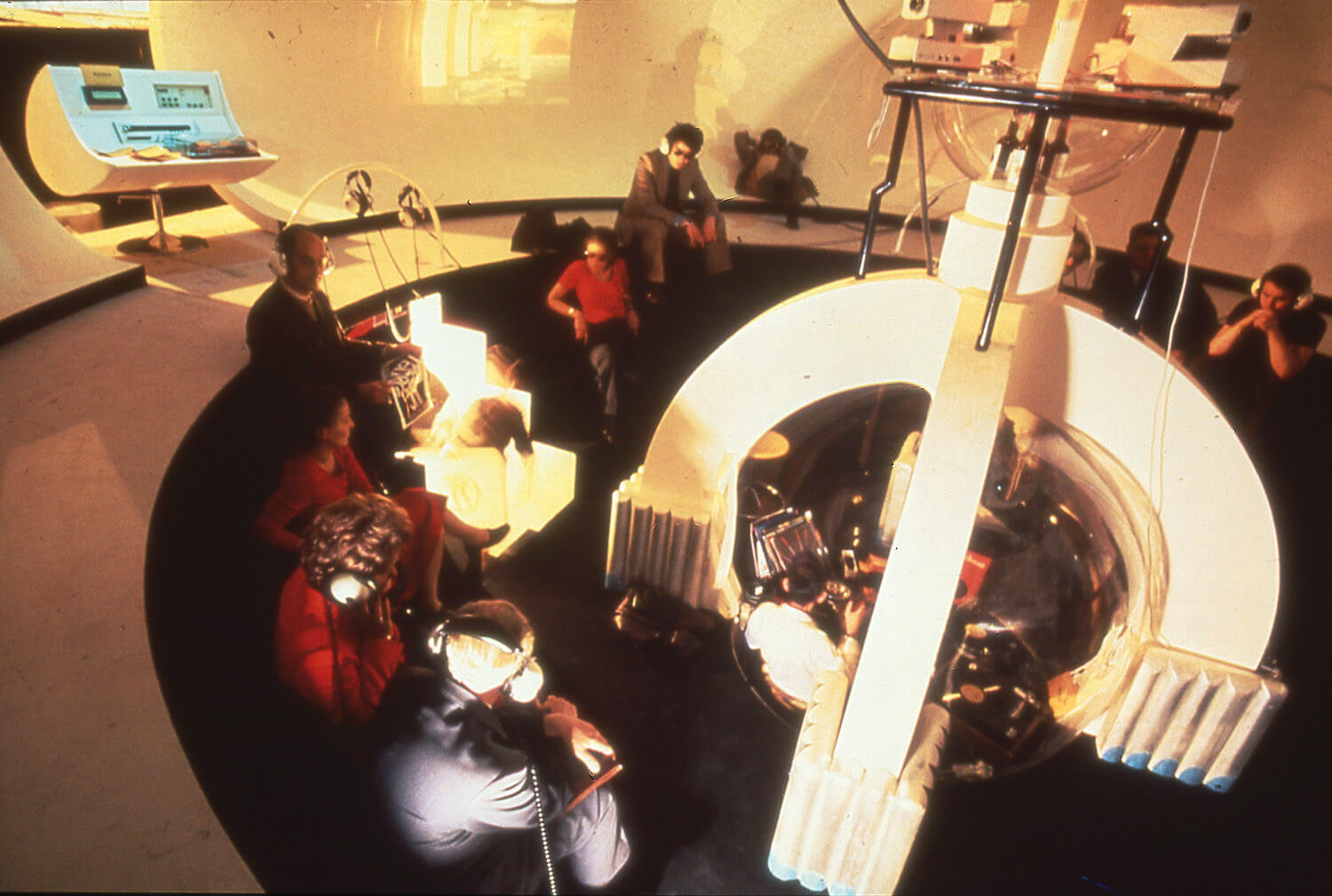 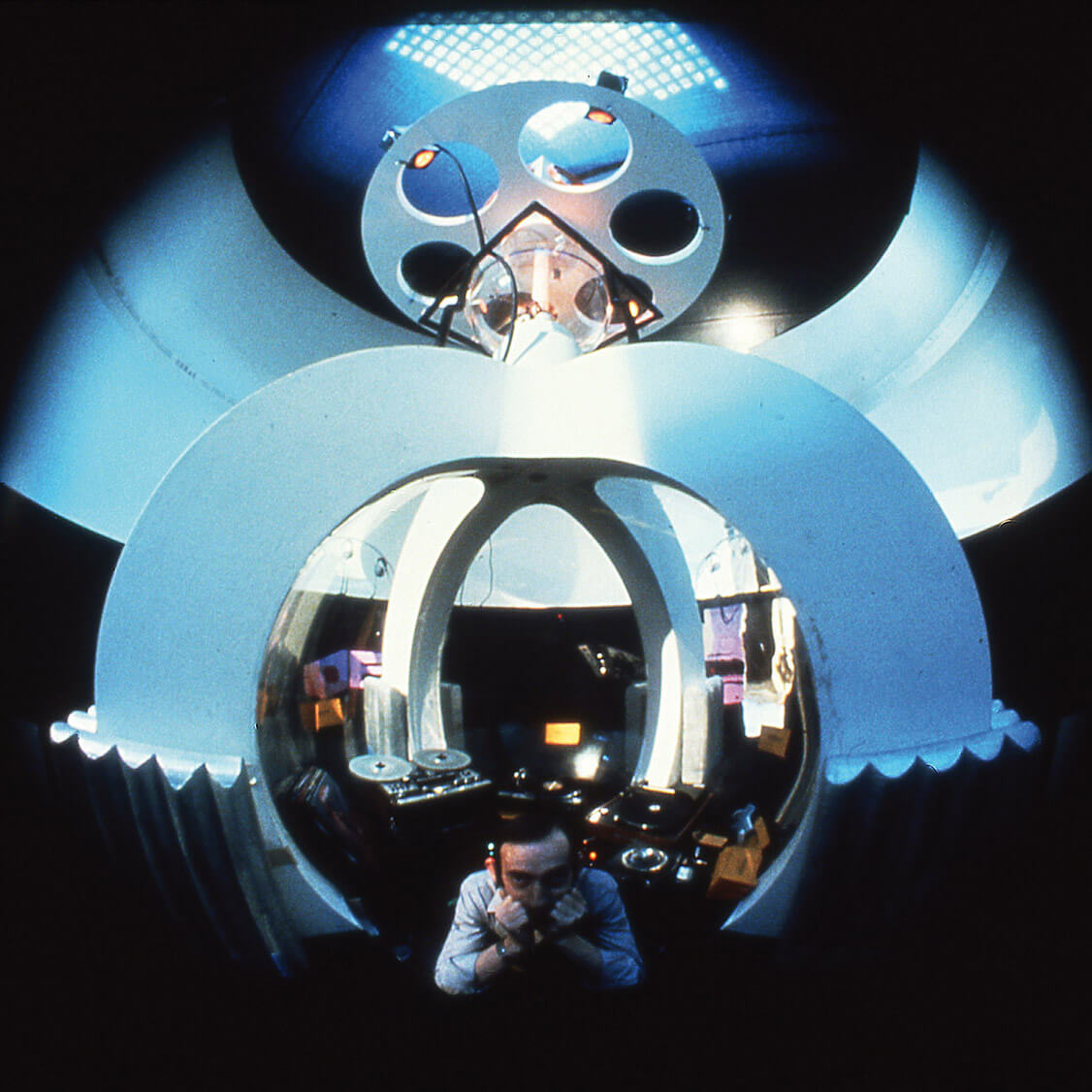 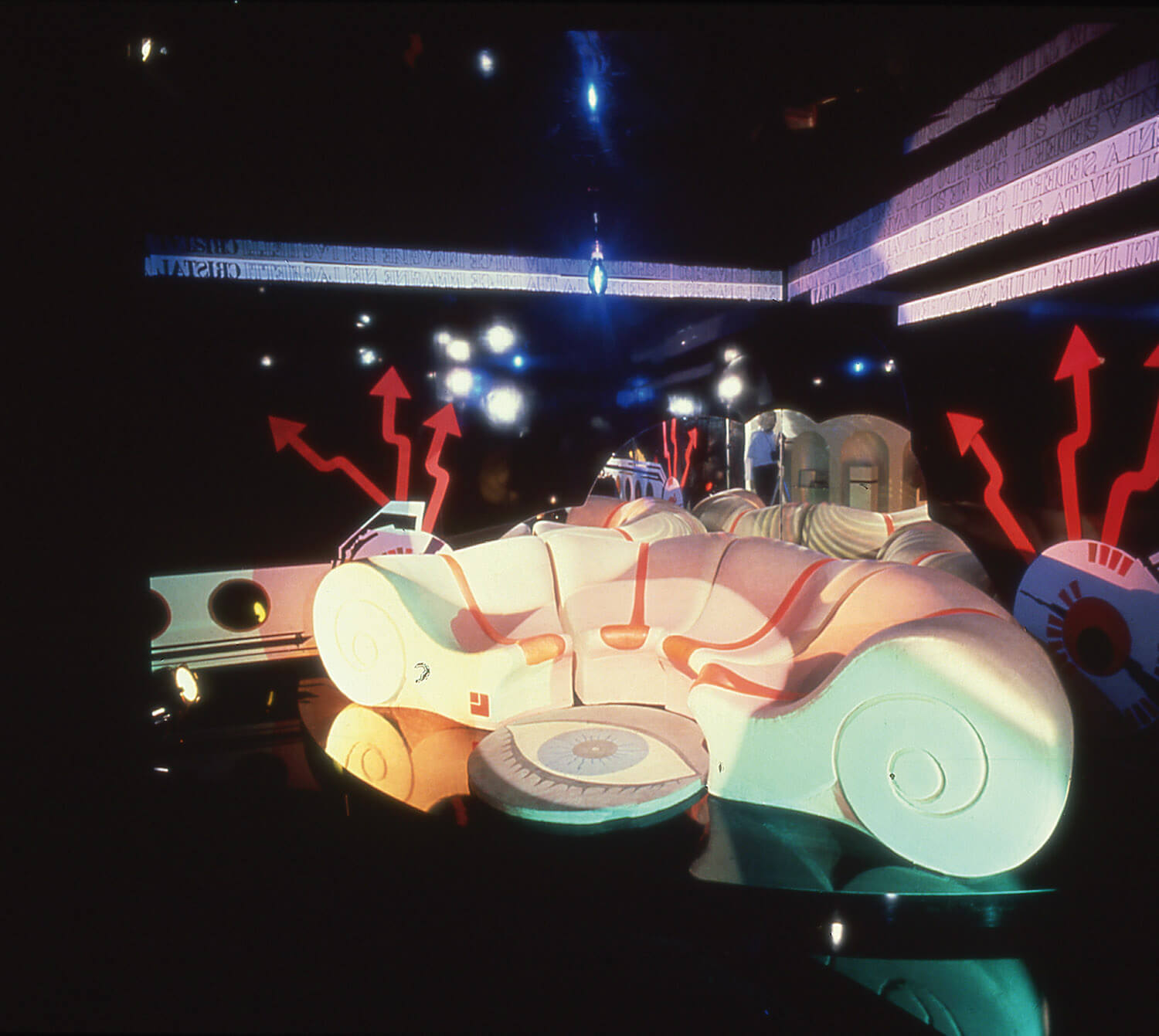 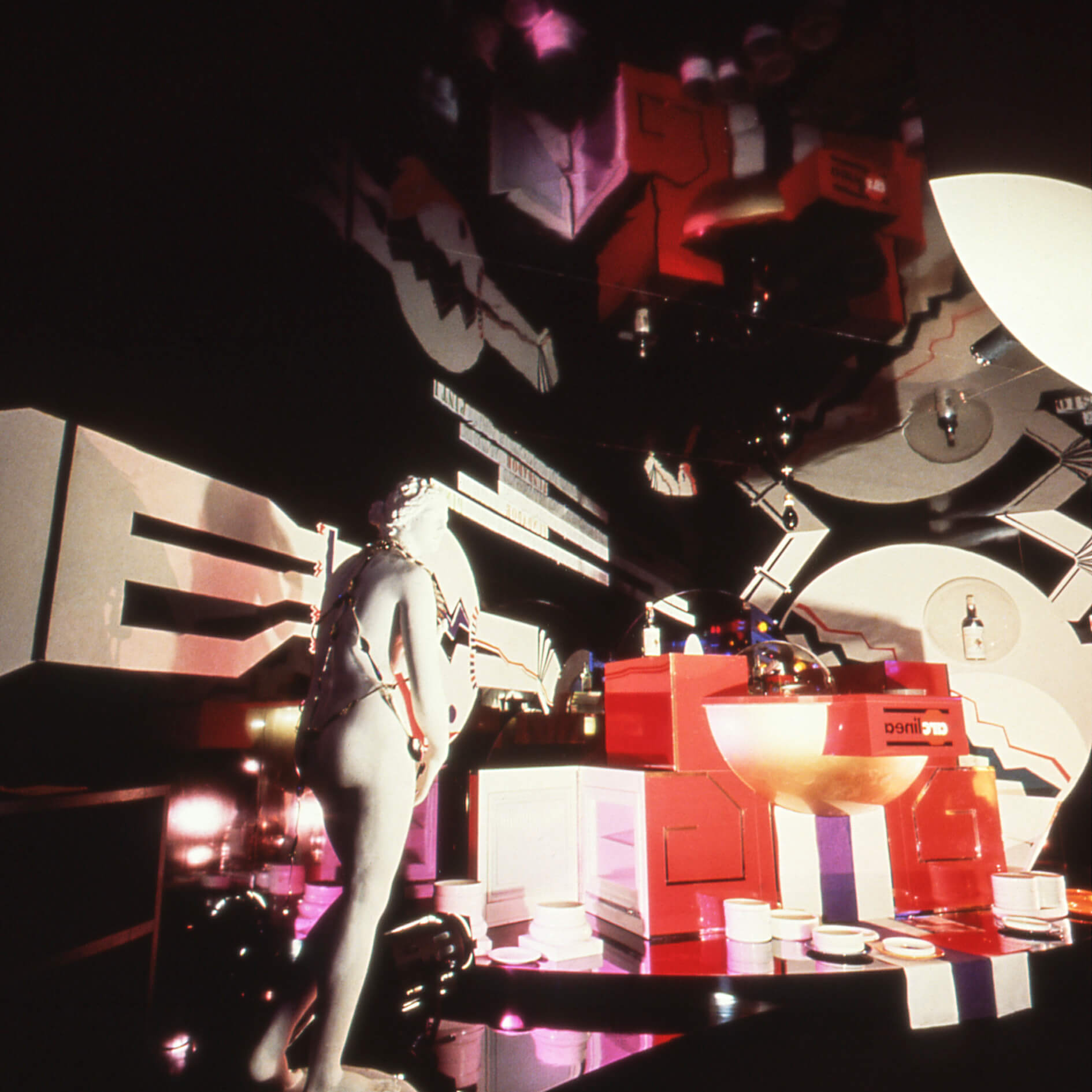 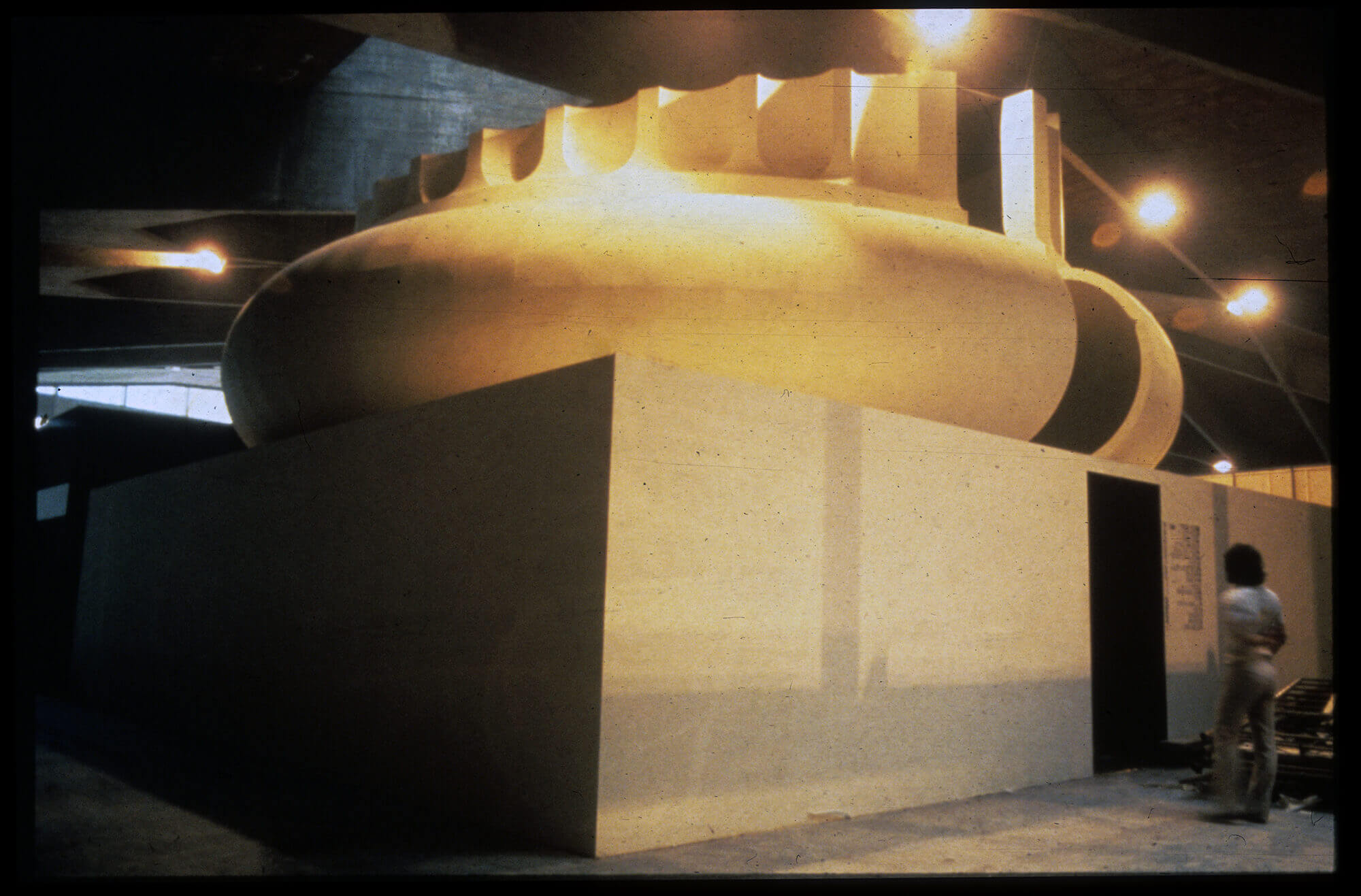 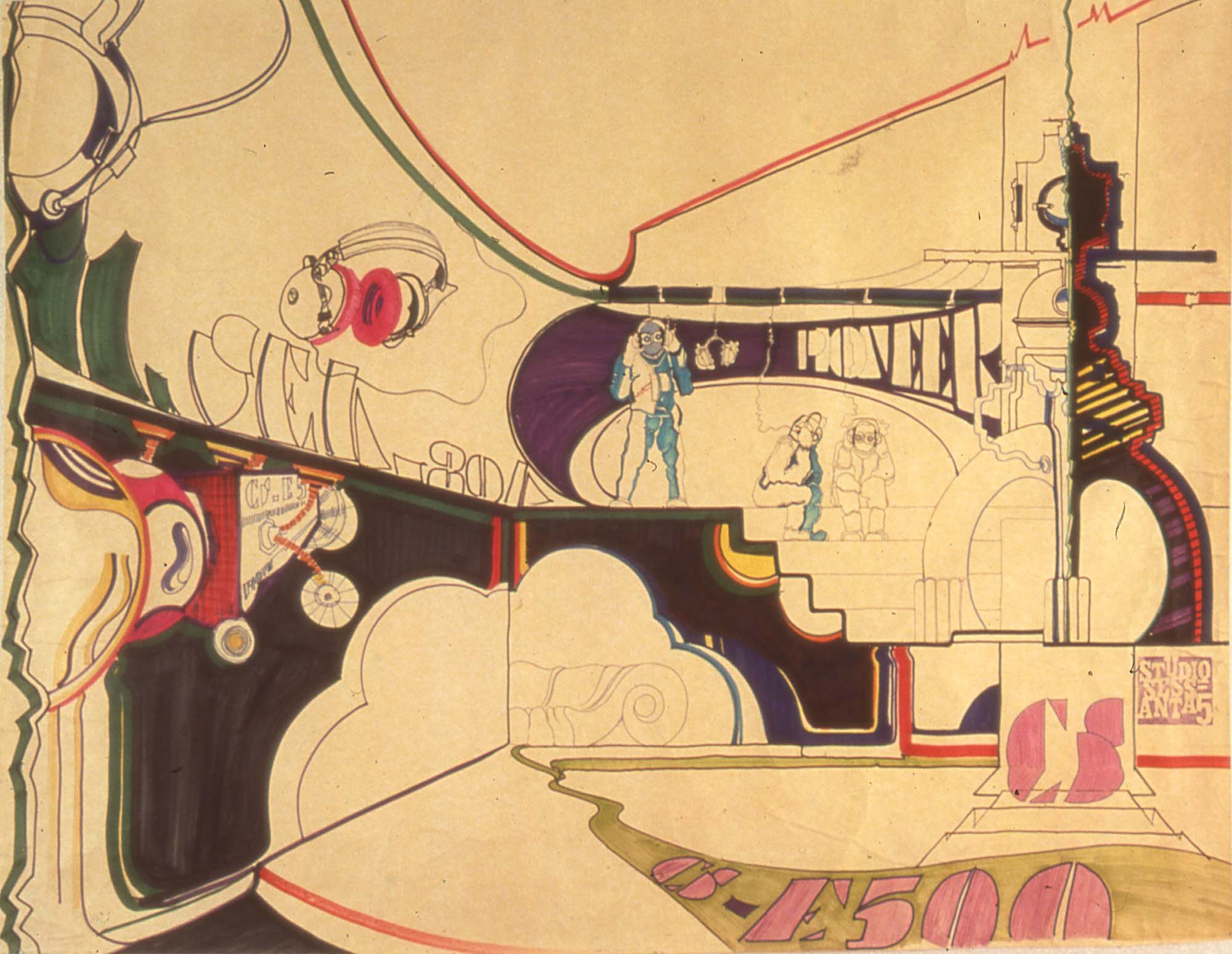 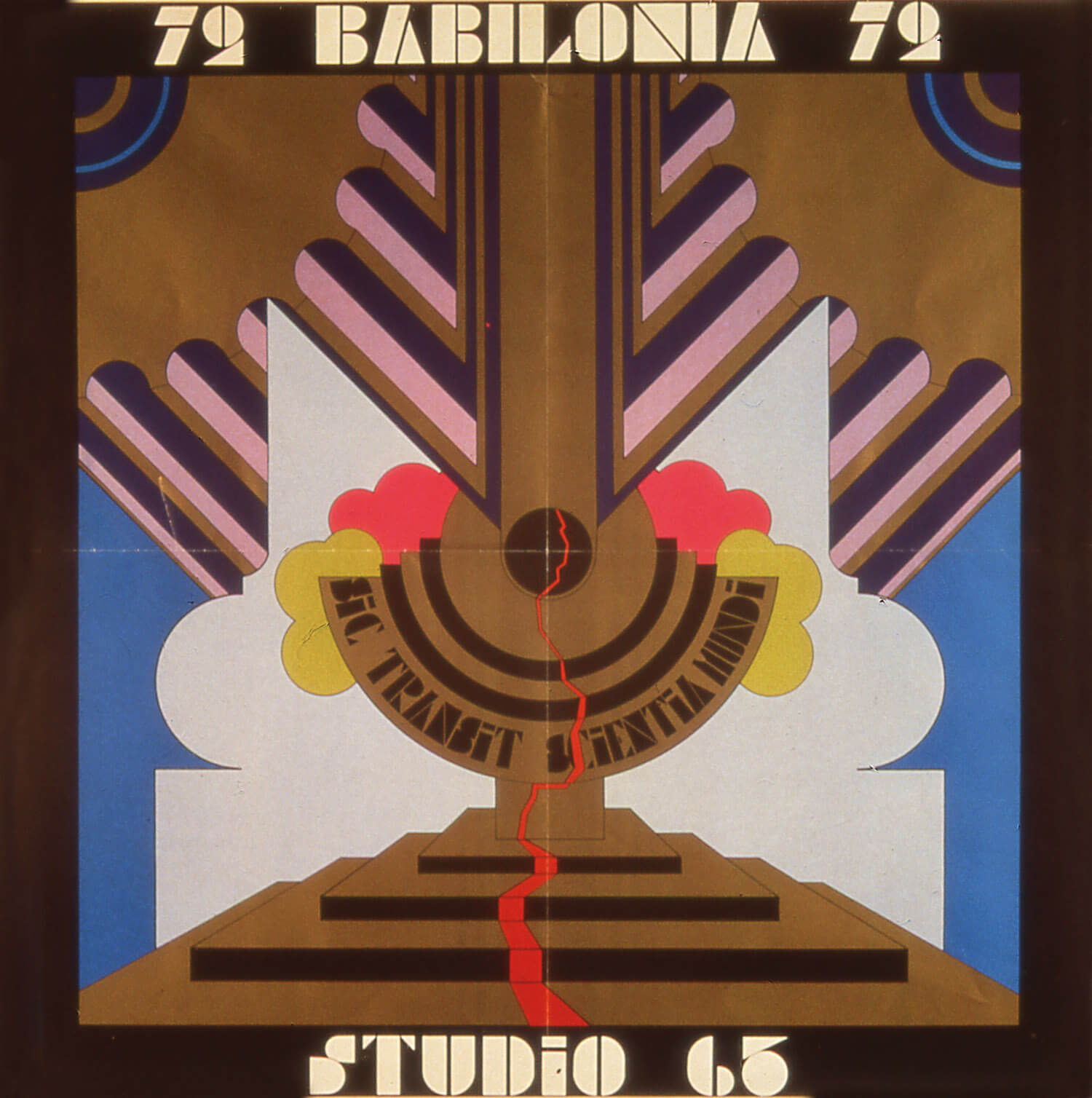 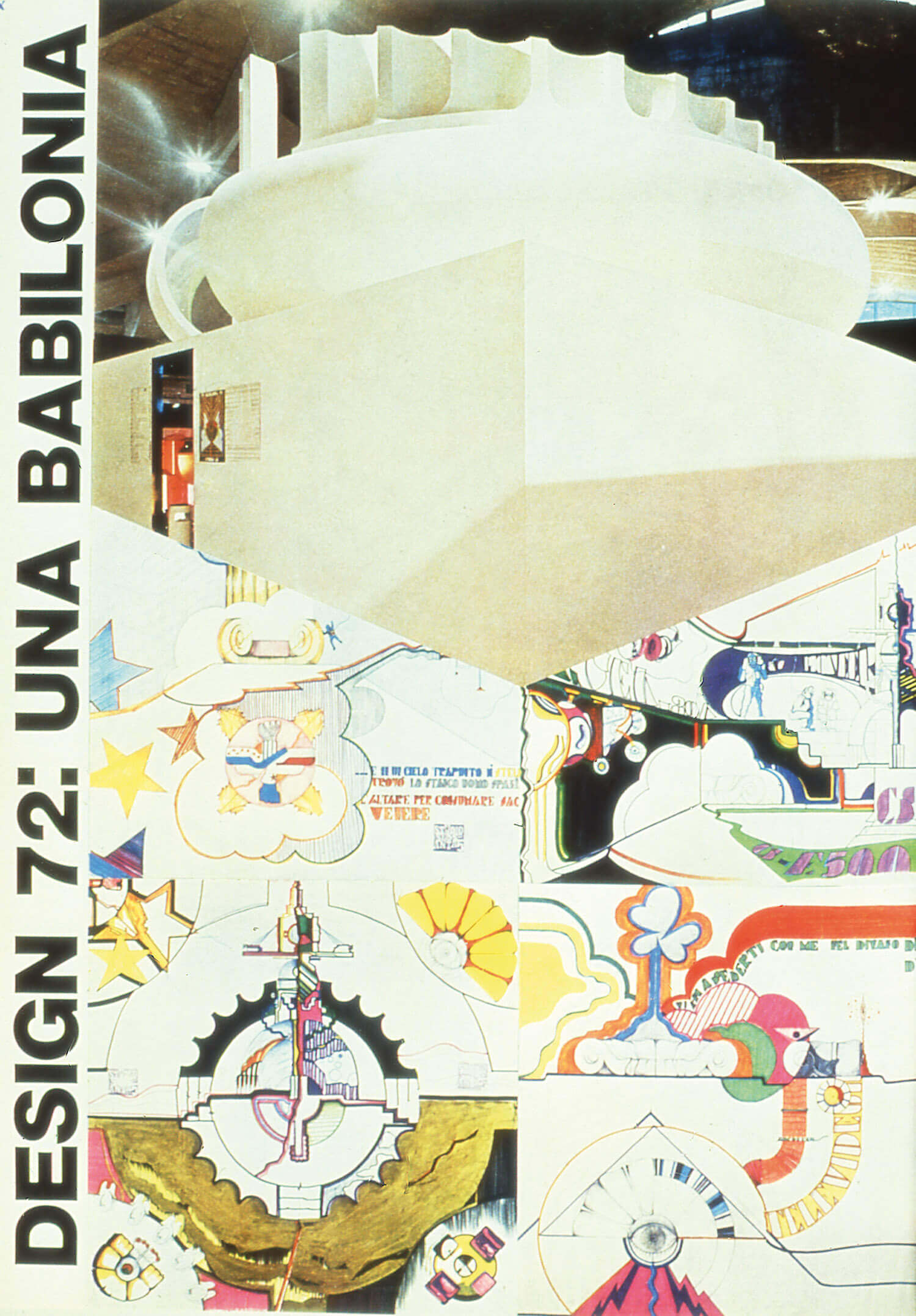 The studio’s research into residential living, which began with Casa Canella, continued with the staging of the Eurodomus 4, but with greater abstraction and intensity. This project was intended to repudiate the mystique of the furnished home, the common practice of achieving a public image that was culturally up-to-the-minute and highly refined, simply by engaging the costly services of an interior designer or splashing out on a designer piece. And so, within the large base of a broken Ionic column (at once a funerary symbol and an oversized toy) that represented – through the foundation of architecture – the home, a number of symbolic pieces of furniture were arranged in such a way as to poke fun at industrial design, expressing such exasperation at the values connoting refinement, richness and elegance that the pieces became provocations. Accordingly, as a counterpoint to the myth of double or triple toilet facilities, Studio65 came up with a bathroom complete with “penta-bidet” (its five functions being: pre-wash, wash, biological wash, bleach and rinse) and in place of the ubiquitous, monumental coloured toilet pans, a gilded throne was offered up, with the flush located in the crown/canopy; when used, an array of psychedelic lights were activated. The central-island kitchen became a large, fully equipped brazier. The lounge was a rubbery sofa of acanthus leaves with a view of the TV, whereas the bed”was an overturned Ionic corner capital – an altar at which to offer sacrifices to Venus. The amphitheatre opened up on the floor above, with the totem of domestic appliances – washing machine, hot water heater, television, toaster and slicer – in the centre.