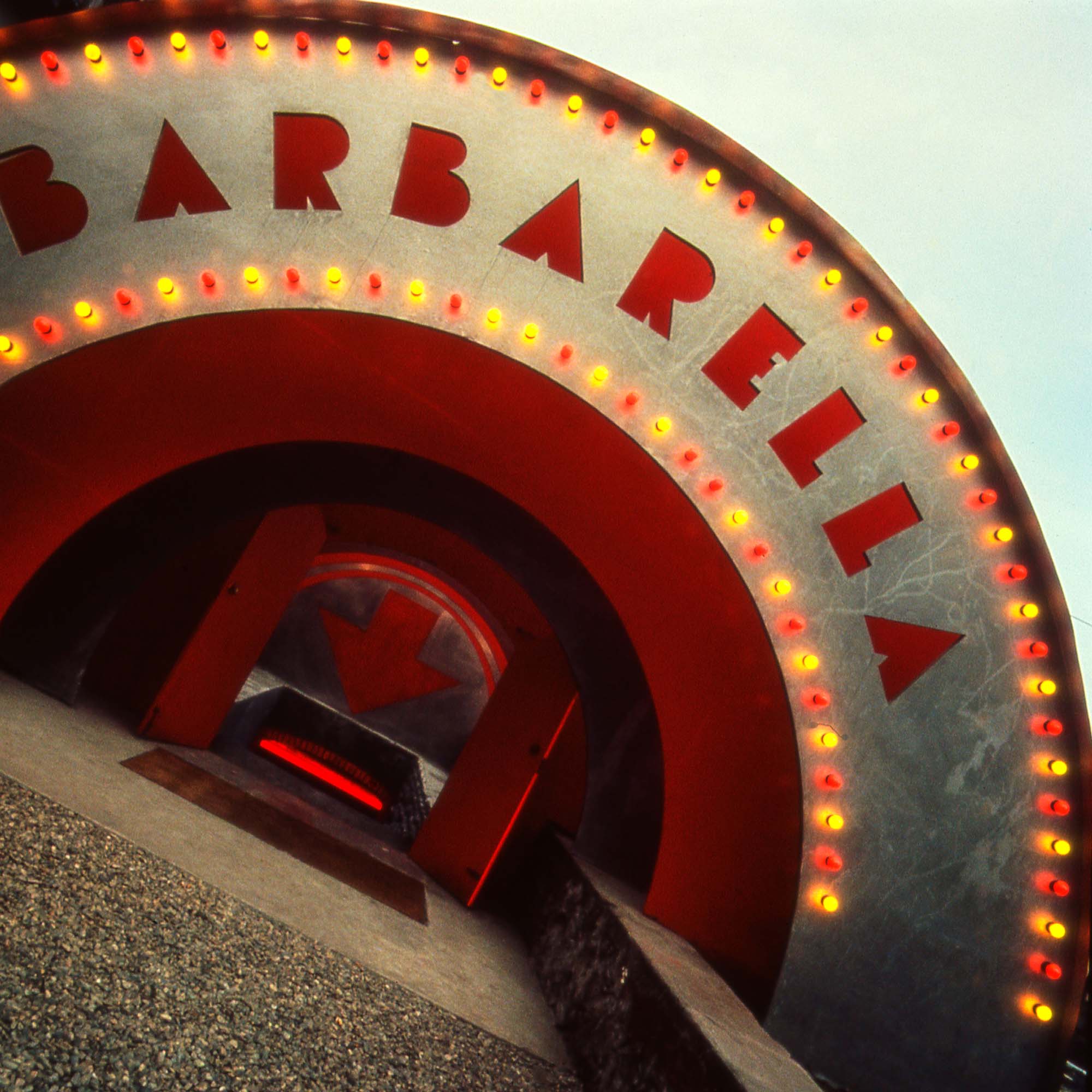 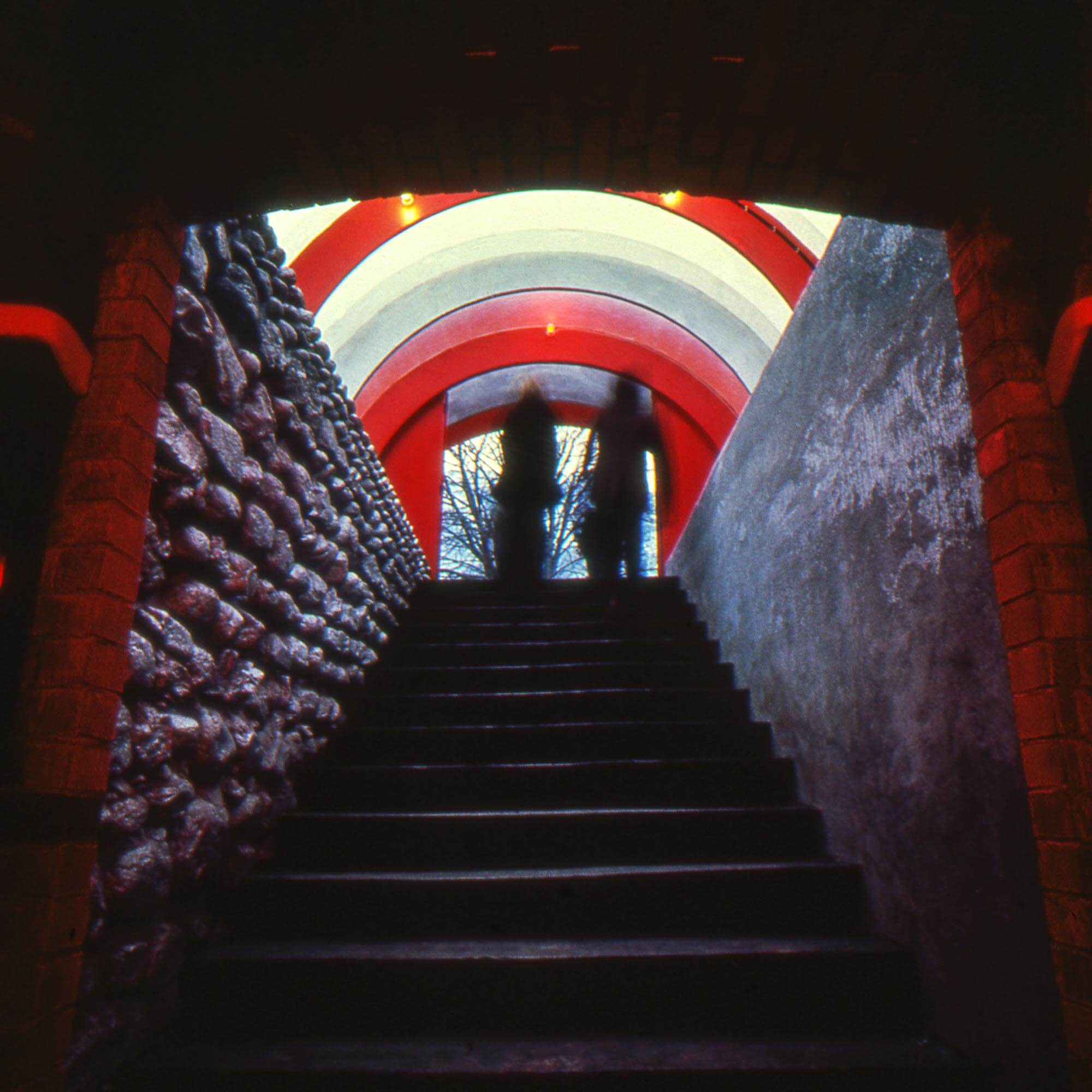 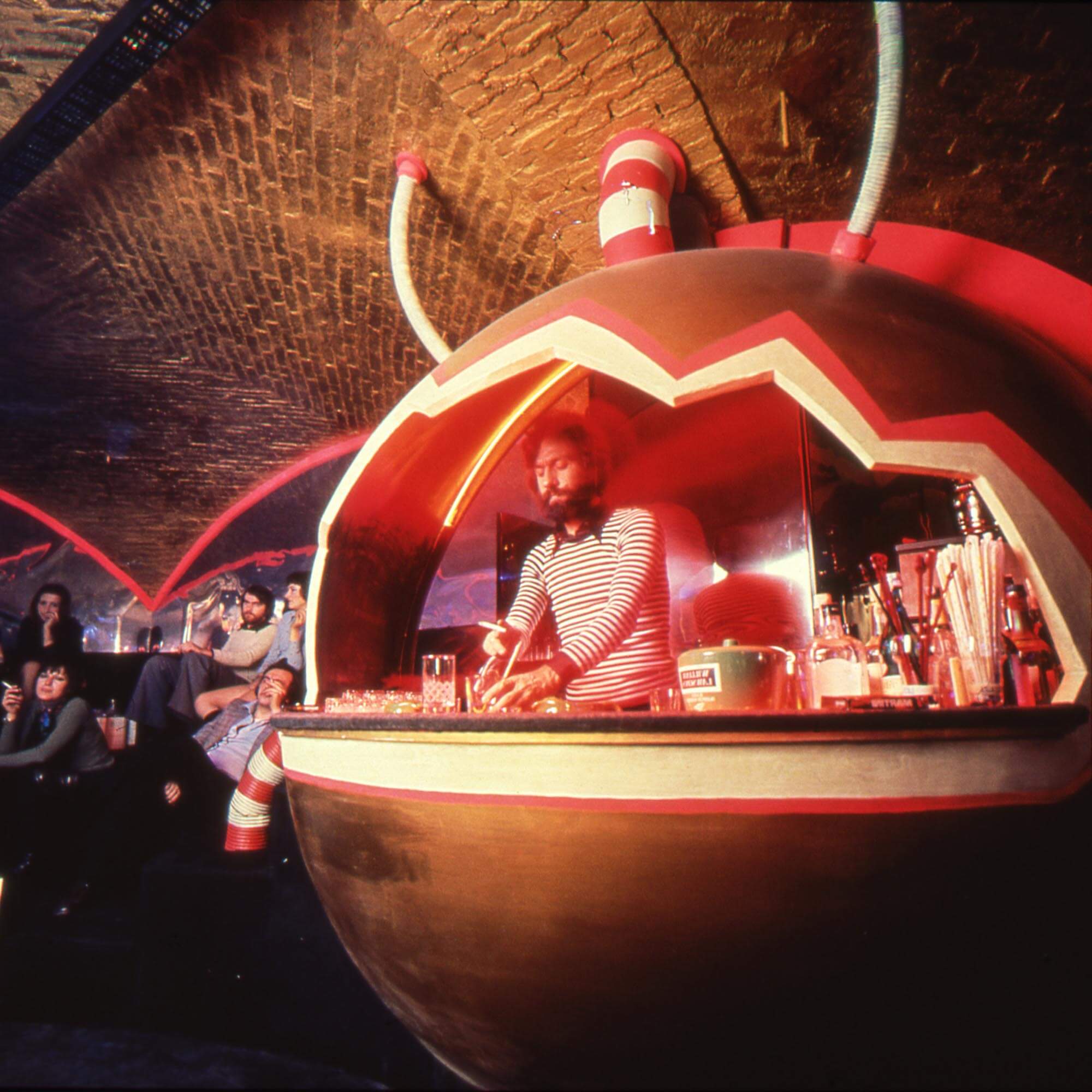 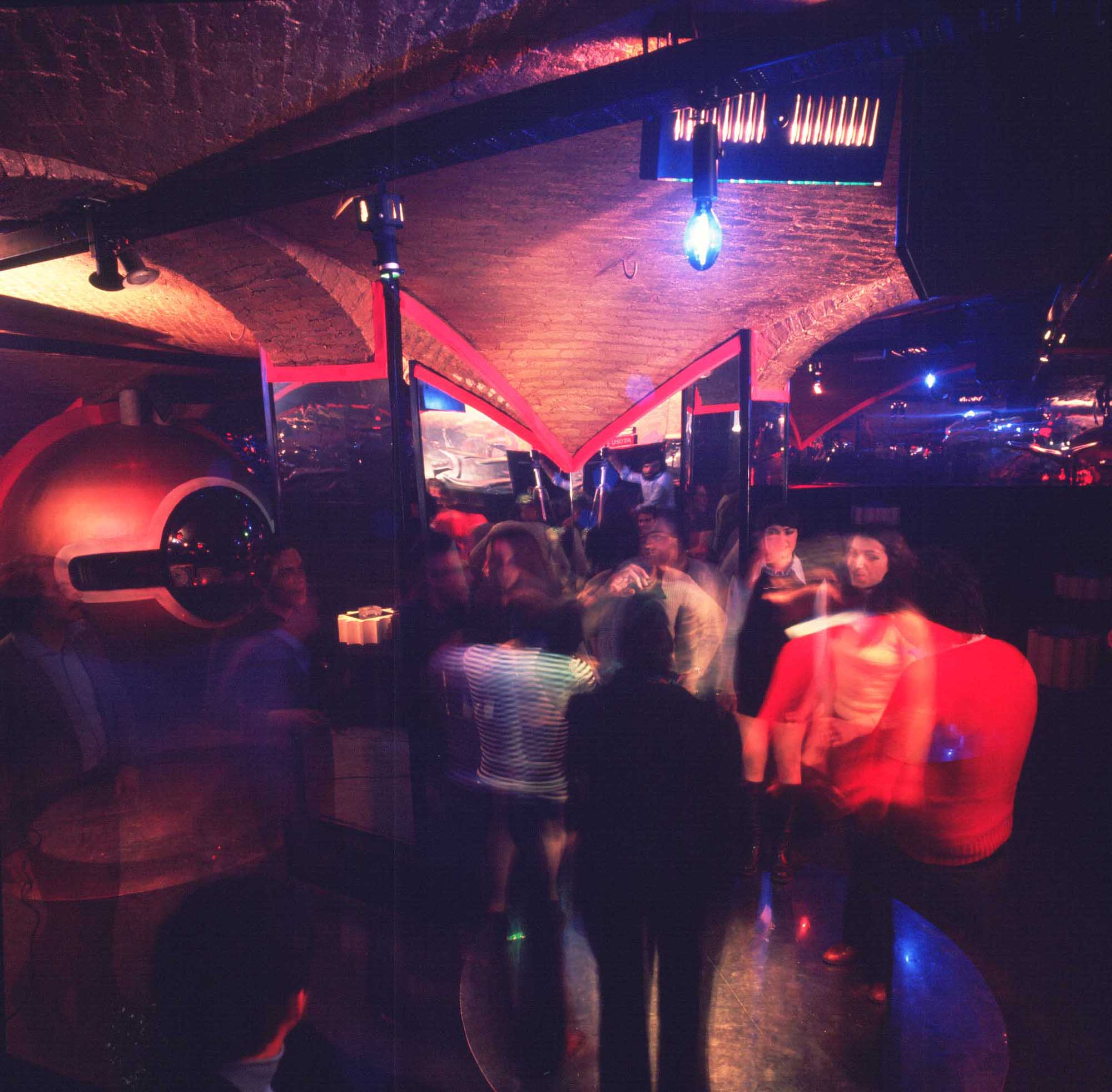 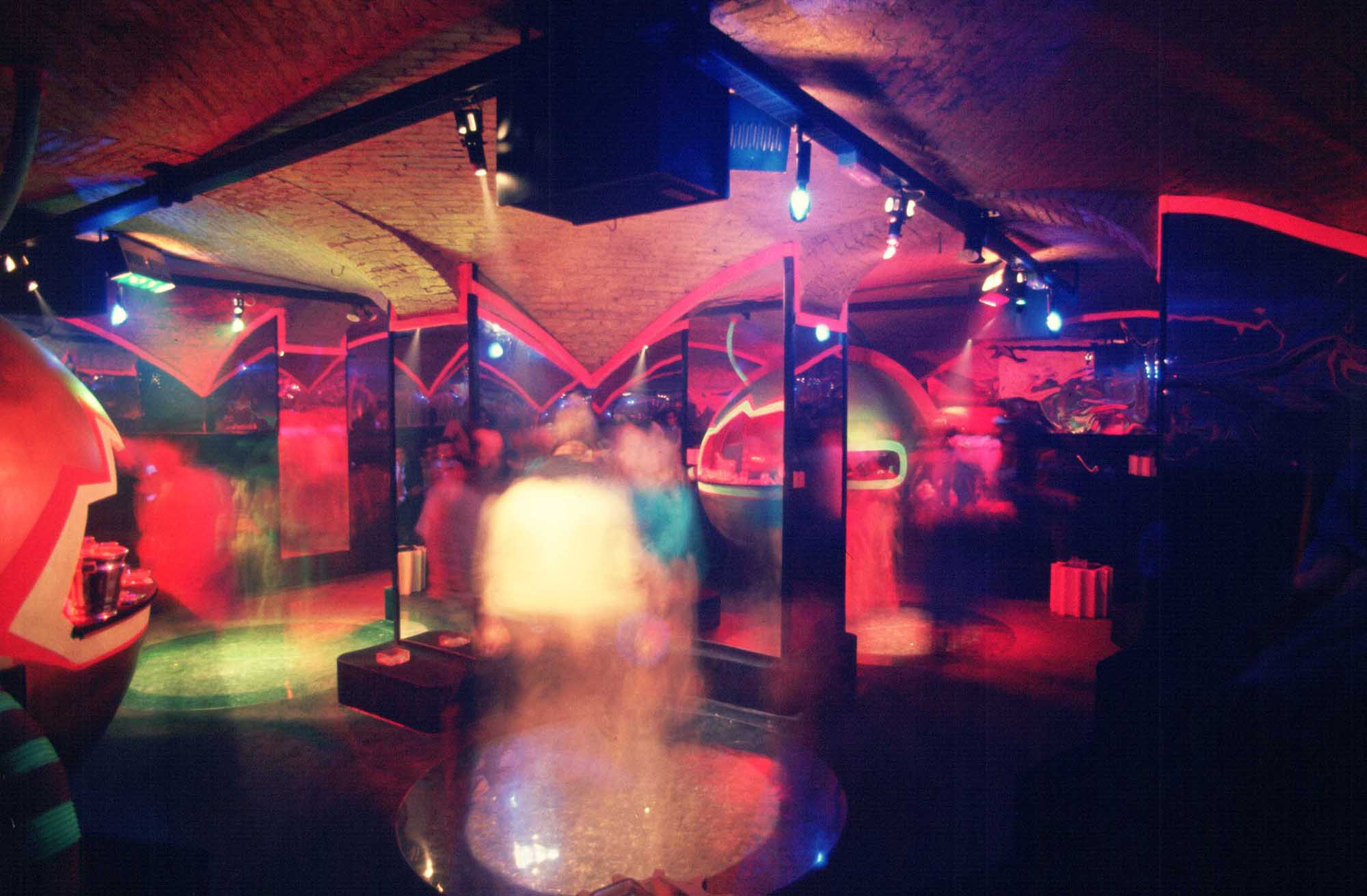 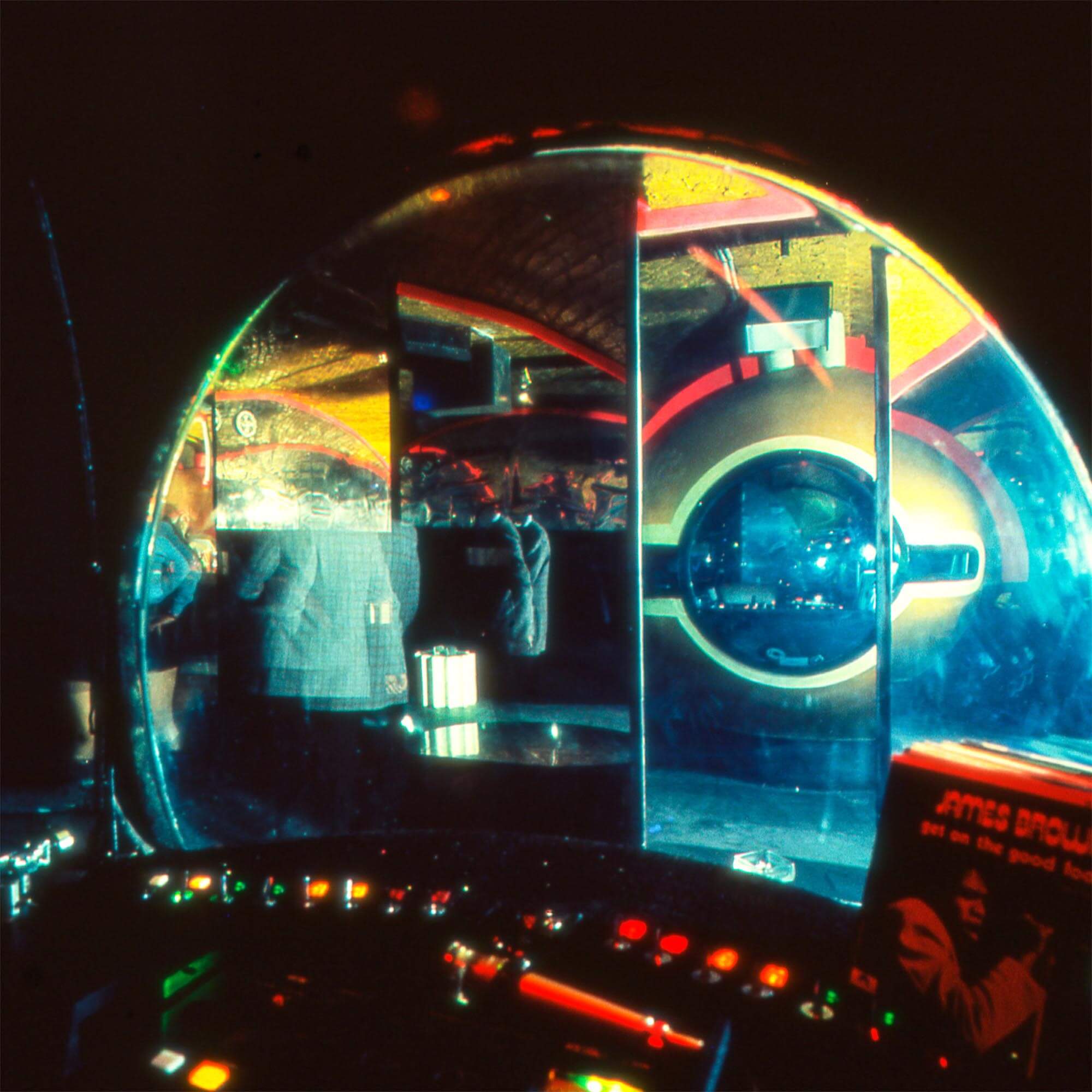 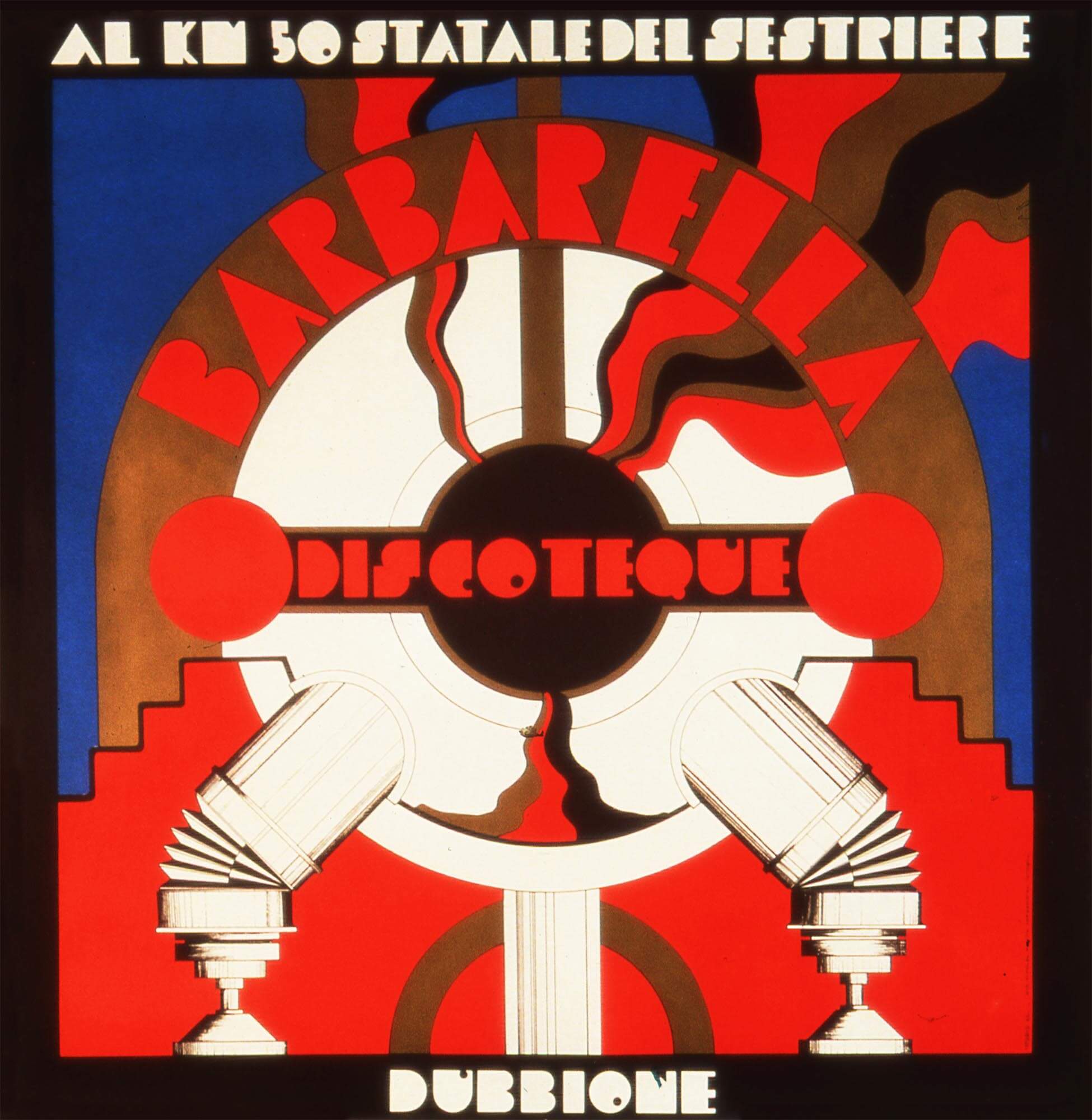 “Come on in, mesdames et messieurs, in the music-filled marquee, to see a real sidereal fleet, returning from millenary travels, listen to melodies of other cosmos, other planets and star systems that fly to the sound of the mazurka, meteors swaying with the foxtrot”. The theme is that of the mothership, visited at the weekend by our very own Flash Gordons. You access the underground club via a tunnel that leads down from the ground-level entrance. The internal square space is terraced like an amphitheater. The DJ booth and the bar are two space shuttles. The ceiling is faux gold, and serving as tables are a number of segments of Ionic columns…archaeological ruins of ancient terrestrial civilisations.