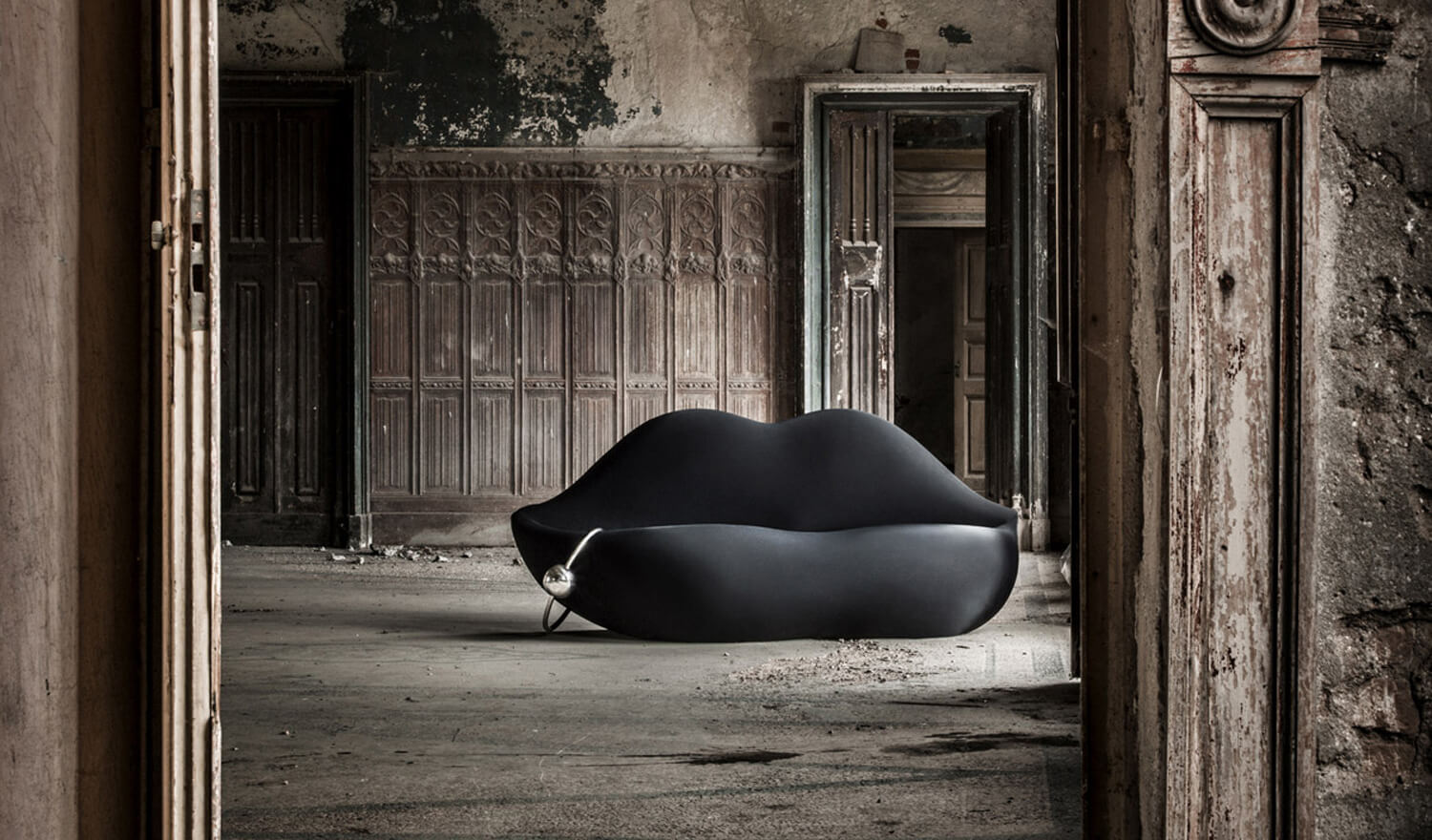 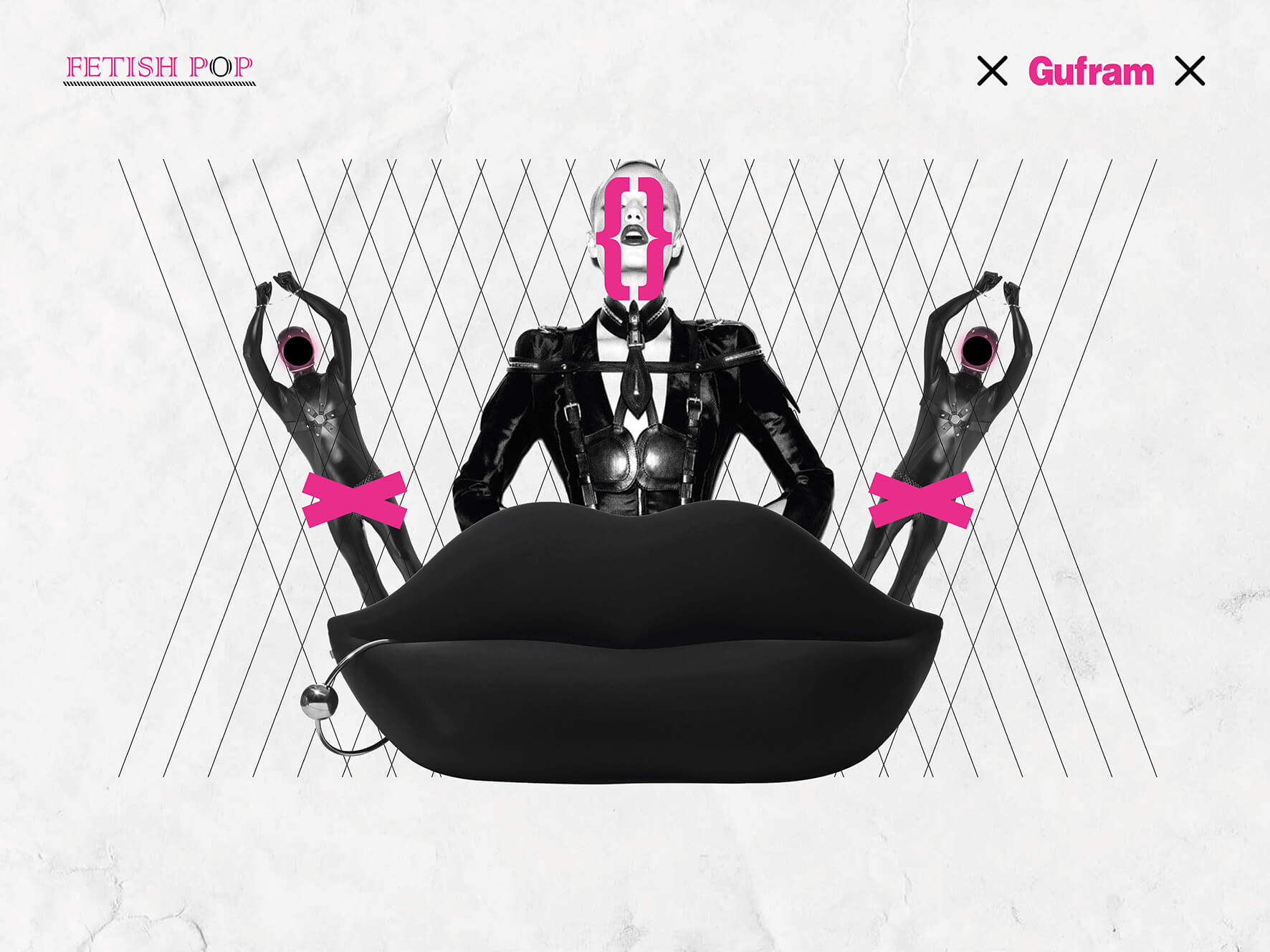 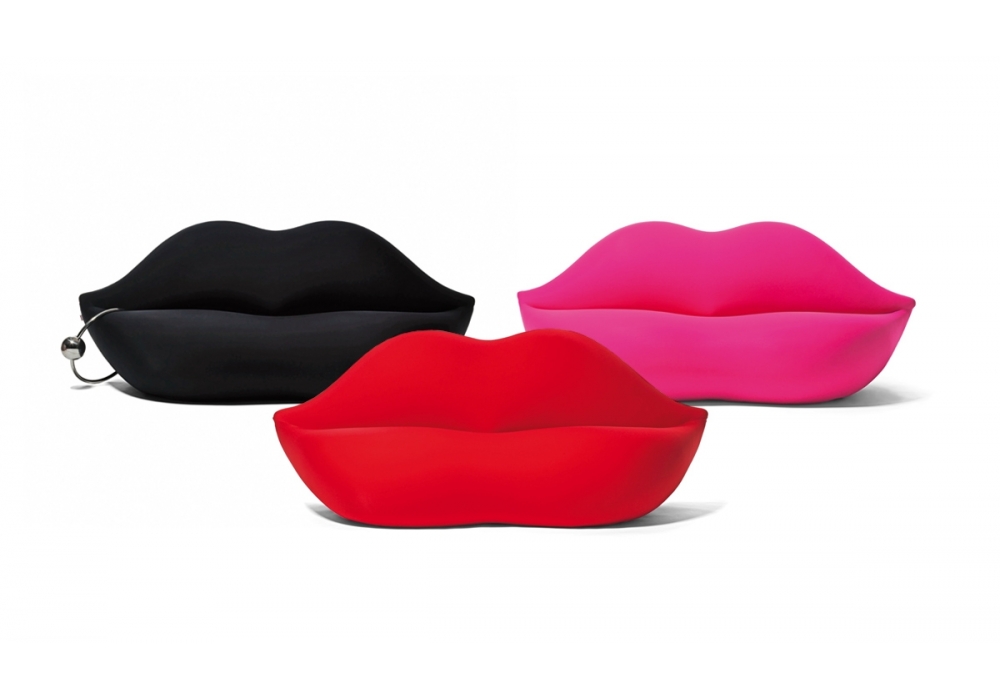 The “Bocca” sofa born at the end of the 60s, with its fire-red bielastic jersey dress (borrowed from fashion fabrics, because the furnishing fabrics could not dress such a sensual and sinuous body) fan of Marilyn Monroe, represented that pop generation. But over the years the Bocca sofa, which has never been an object, but always a subject, a character, became increasingly famous. She needed to renew her wardrobe, so we also improvised as fashion designers and made some new clothes. The first was the punk one: the Dark Lady, to allow Bocca to frequent the underground environments and feel at ease, we designed a little black dress adding a piercing. Then we designed the Pink Lady dress, to attend the fine salons of wealthy ladies dedicated to filling their useless time in gossipy conversations. Then it was the turn of the rainbow, a dress to cover all the range of opportunities now offered to Bocca.