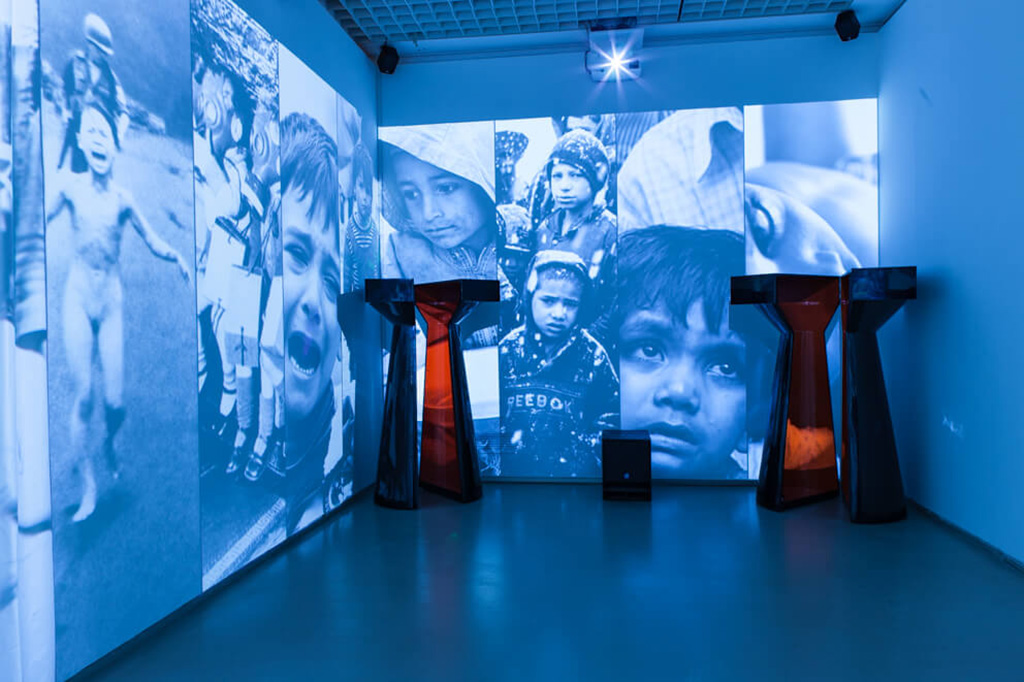 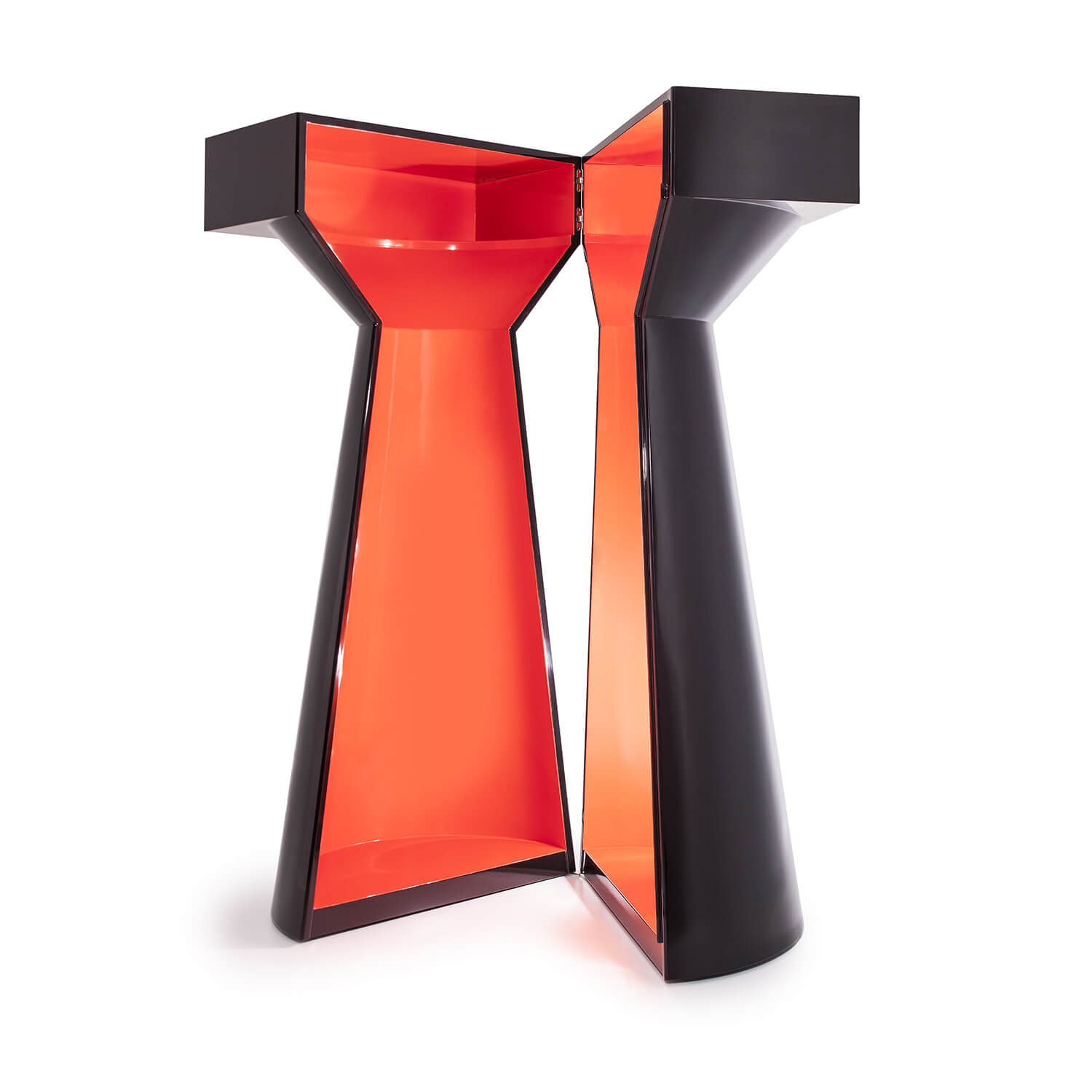 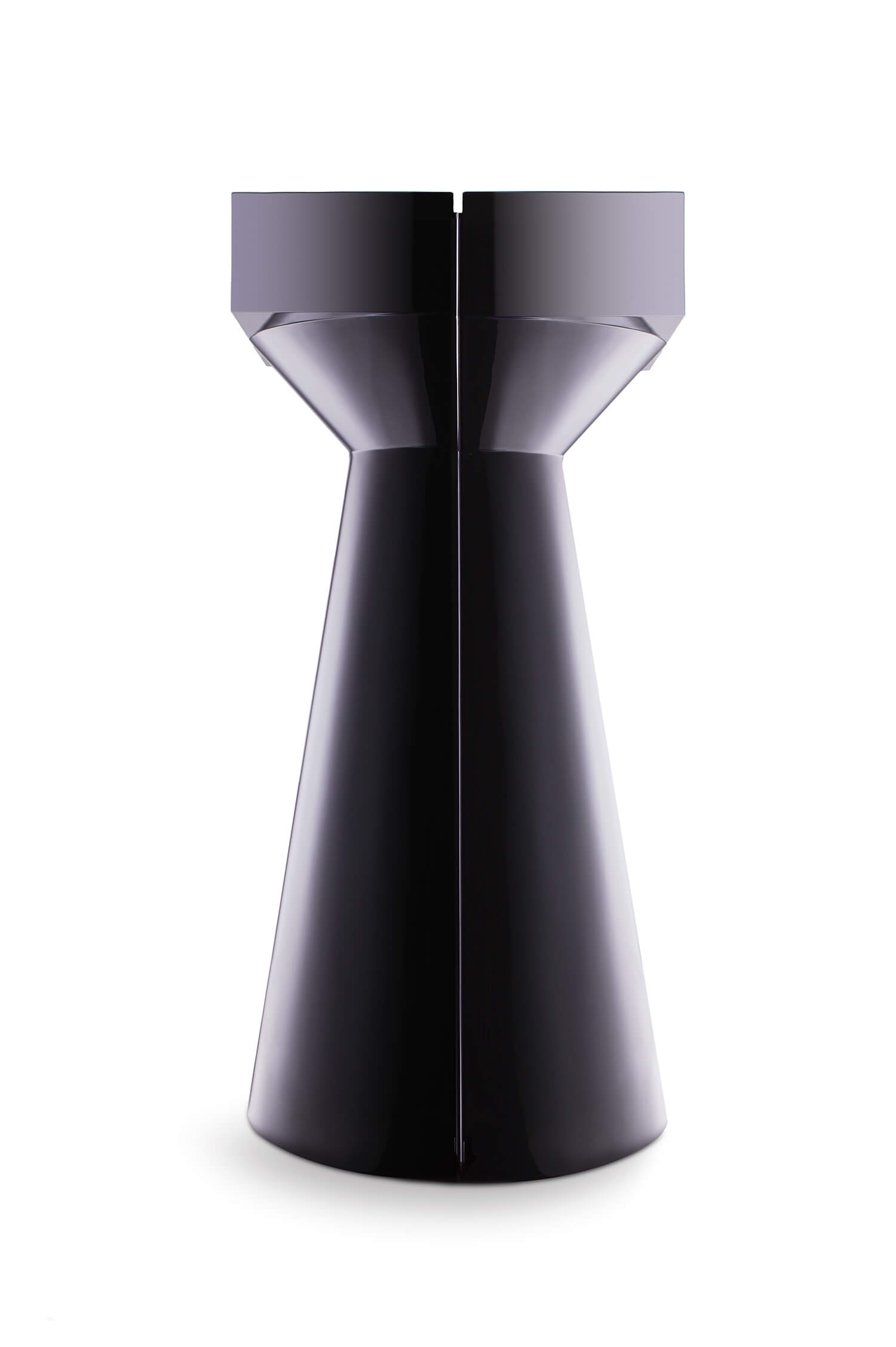 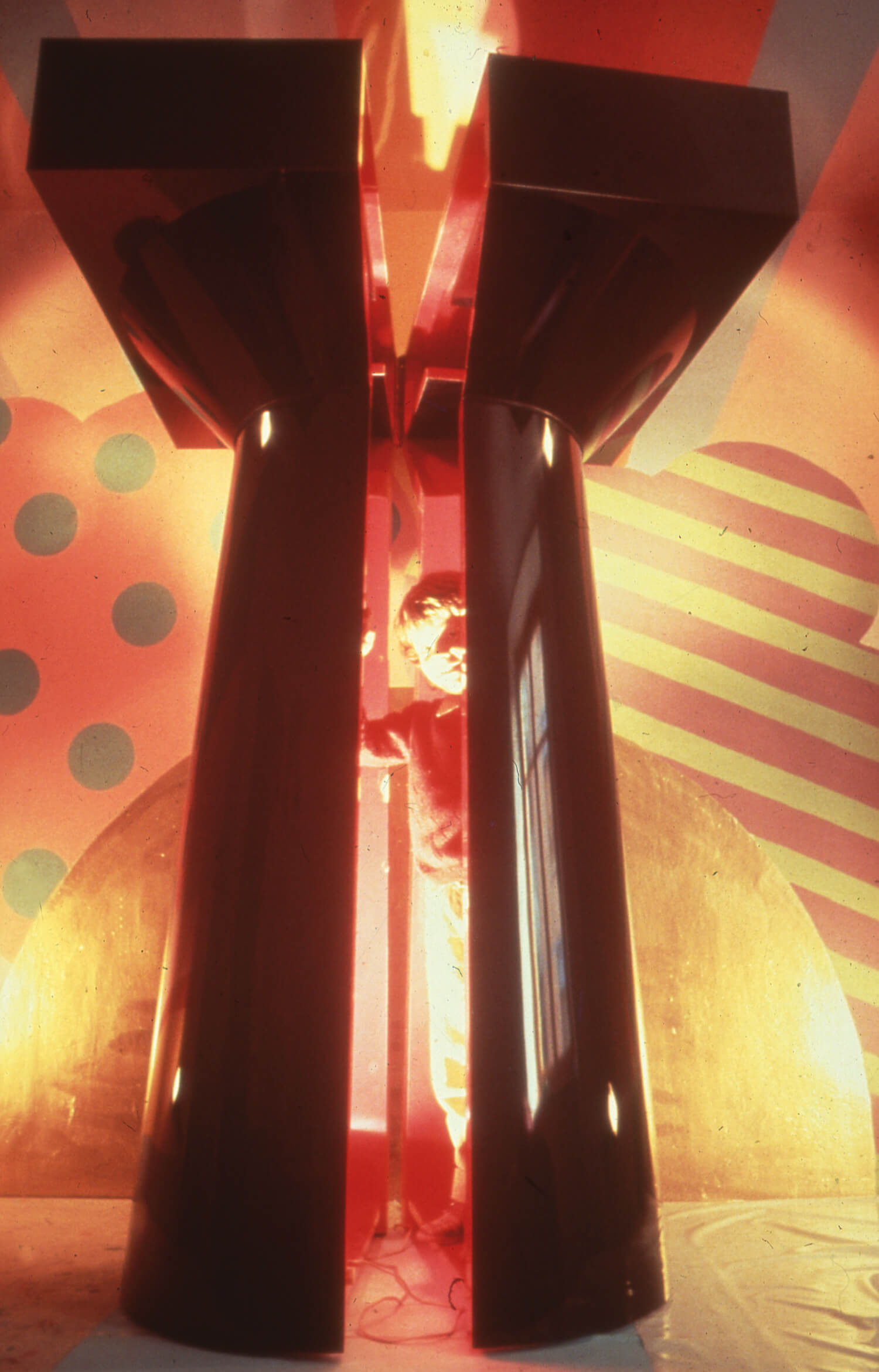 The Colonna Sonora (which translates literally as “sound column” but actually means “soundtrack”) was designed by Studio65, in partnership with the students of the Città Fabbrica group, at the site at No. 40, Via Ormea, Turin. Abet Print competition for storage units for use in the lounge. The group designed a Colonna Dorica (Doric Column) that was black on the outside, like war, and red on the inside, like blood. Divided into two hinged halves, absolutely hollow, it was described as “a container of glory – i.e. a container of nothing”, and with sardonic irony it paid homage to the Commander-in-Chief of the US armed forces in Vietnam. A project “against the war, against all wars, so that children may cry no more.” In a sensational coup de main that, in a stroke, eliminates the sense of expectation and excitement, the unfortunate individual who tries to open it to find out what is inside soon realises that the void contained by the column is filled by Maria Callas singing “Libiamo” from Giuseppe Verdi’s La Traviata.