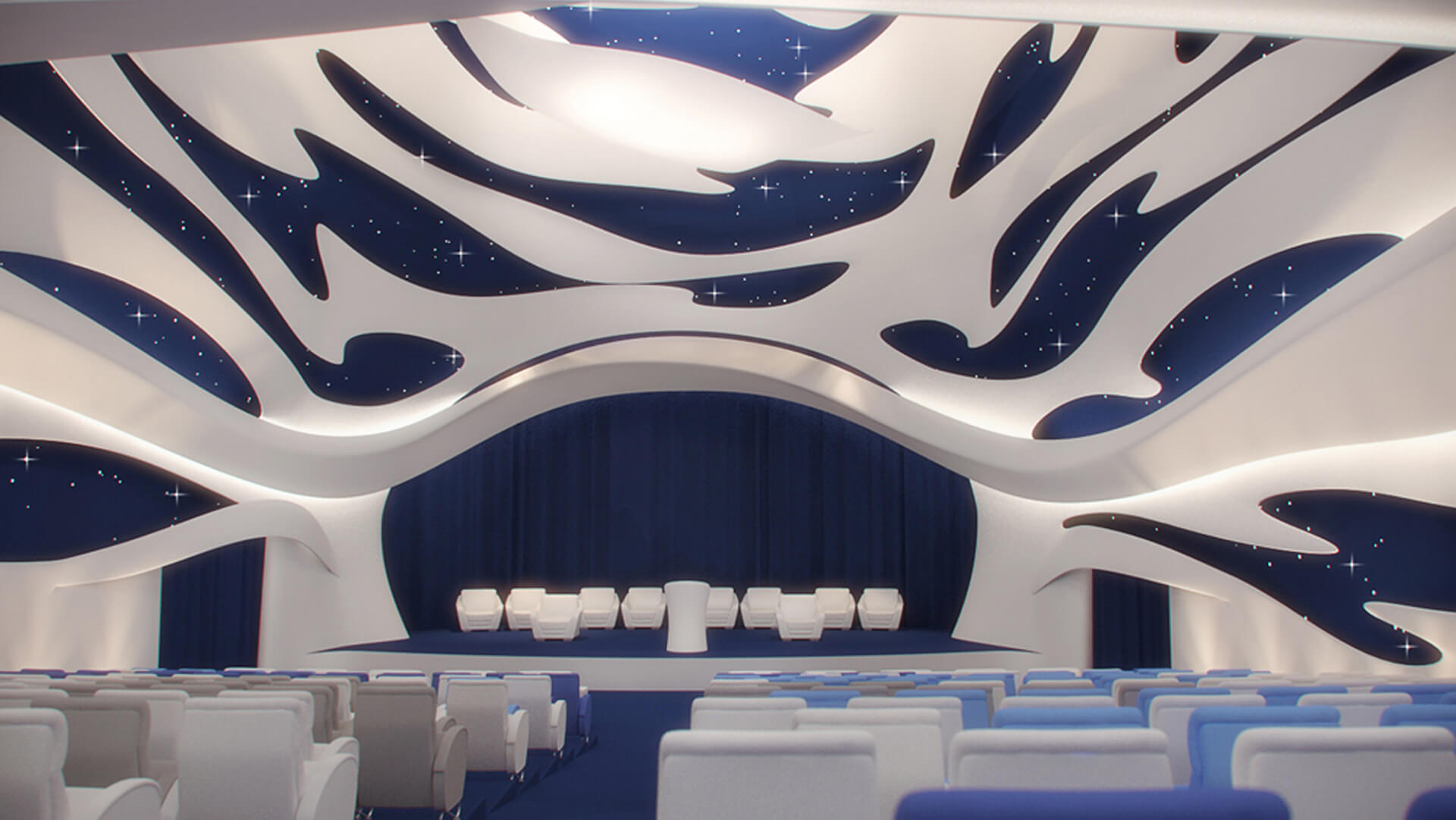 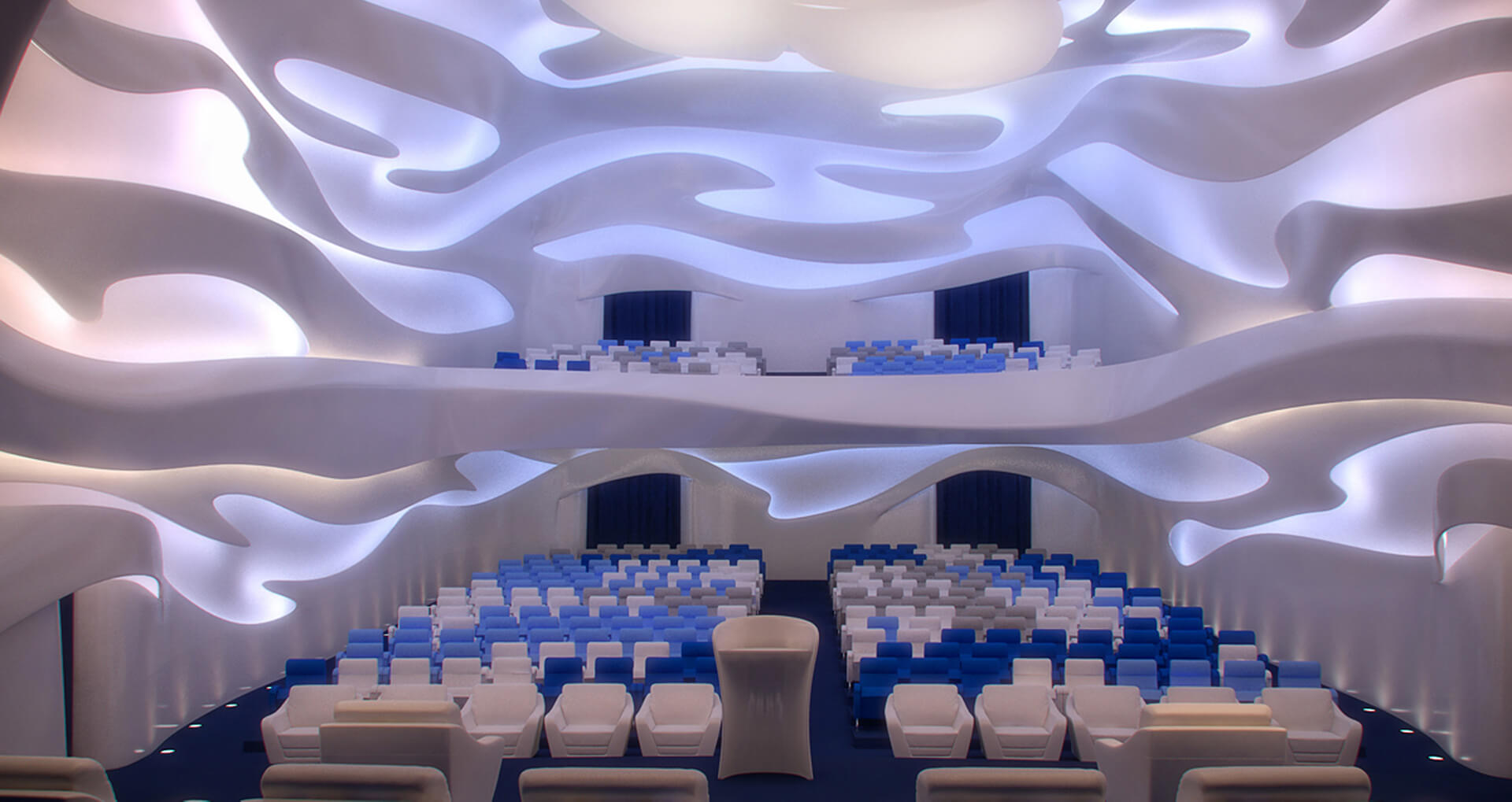 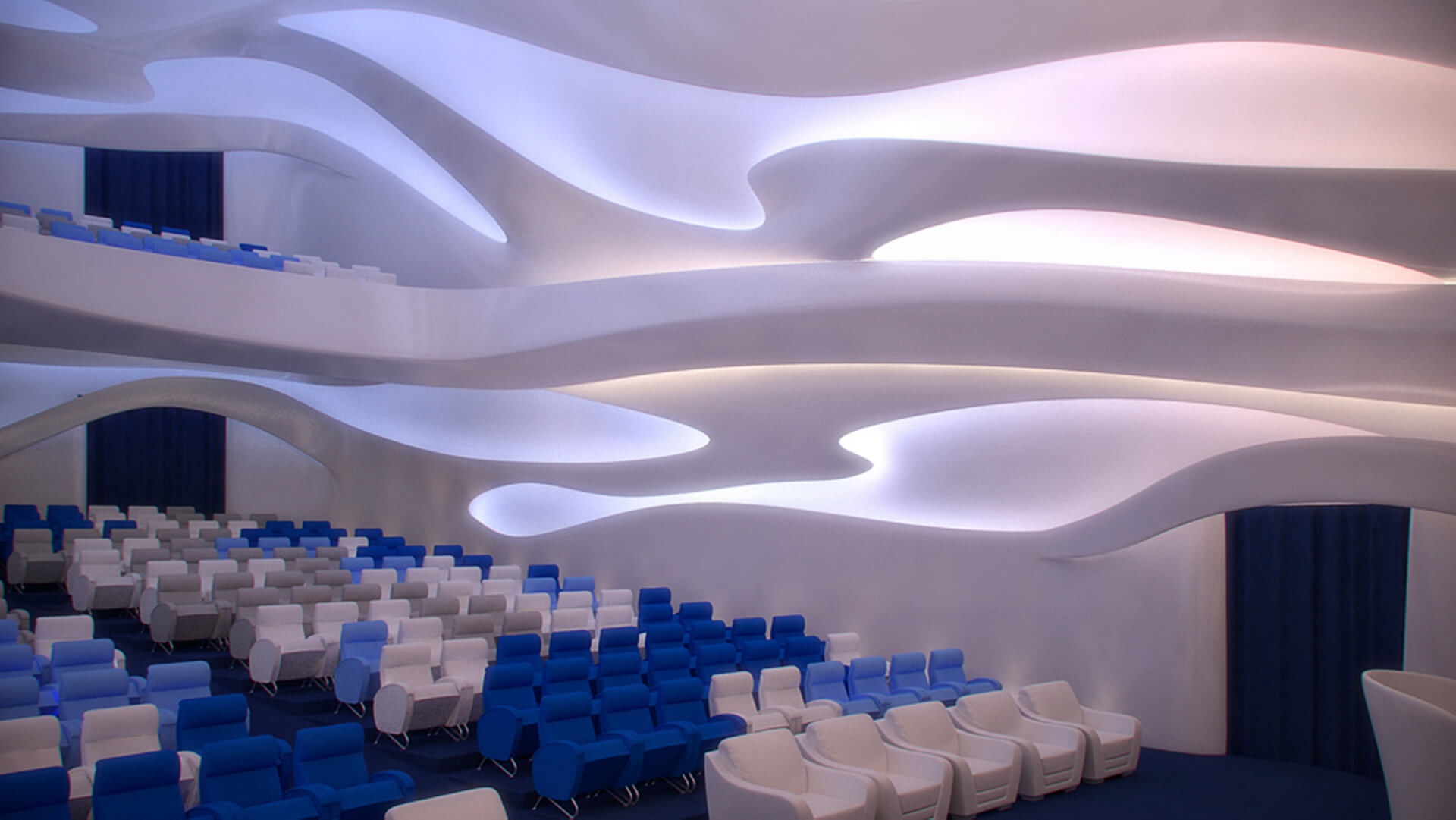 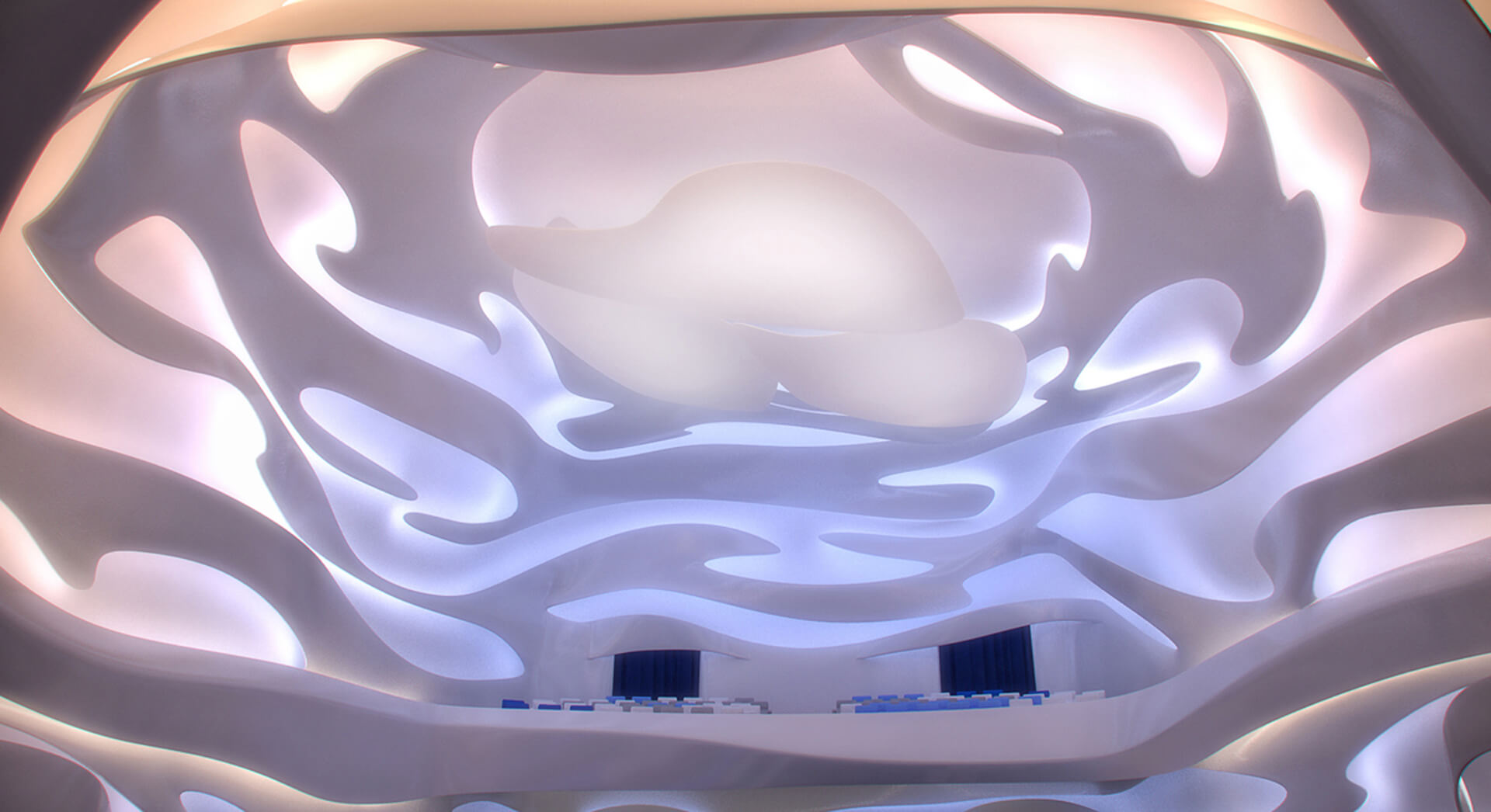 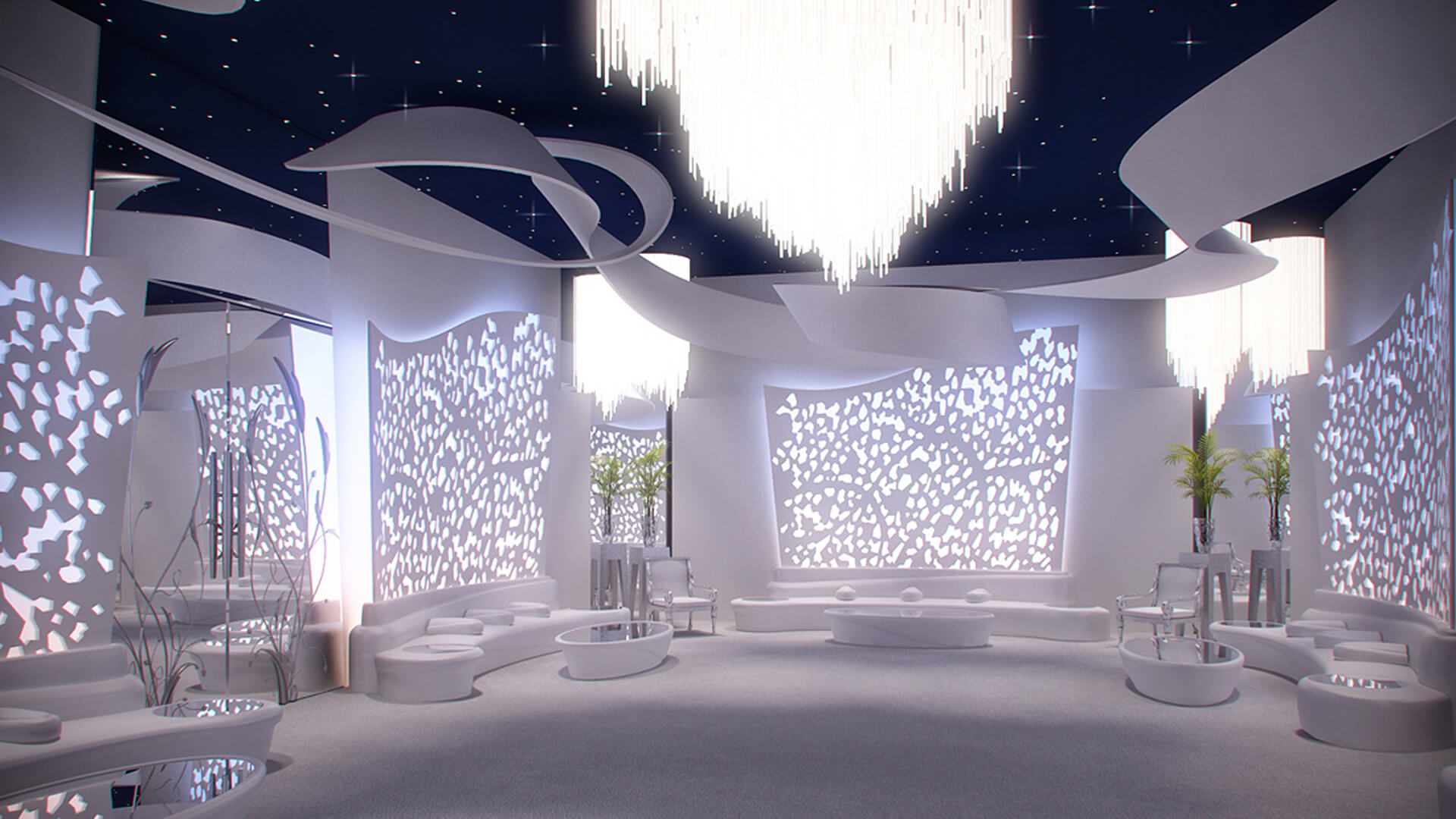 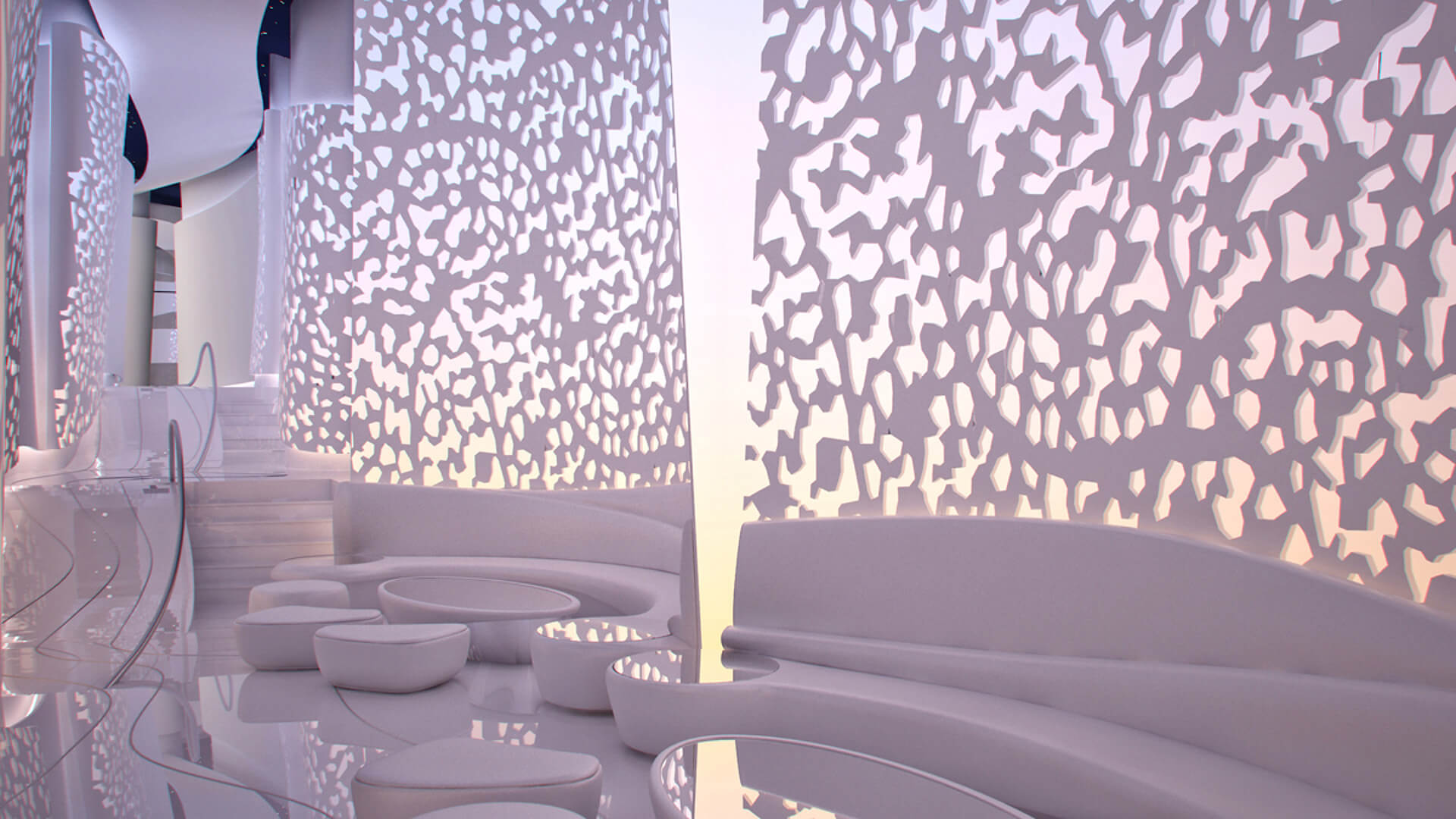 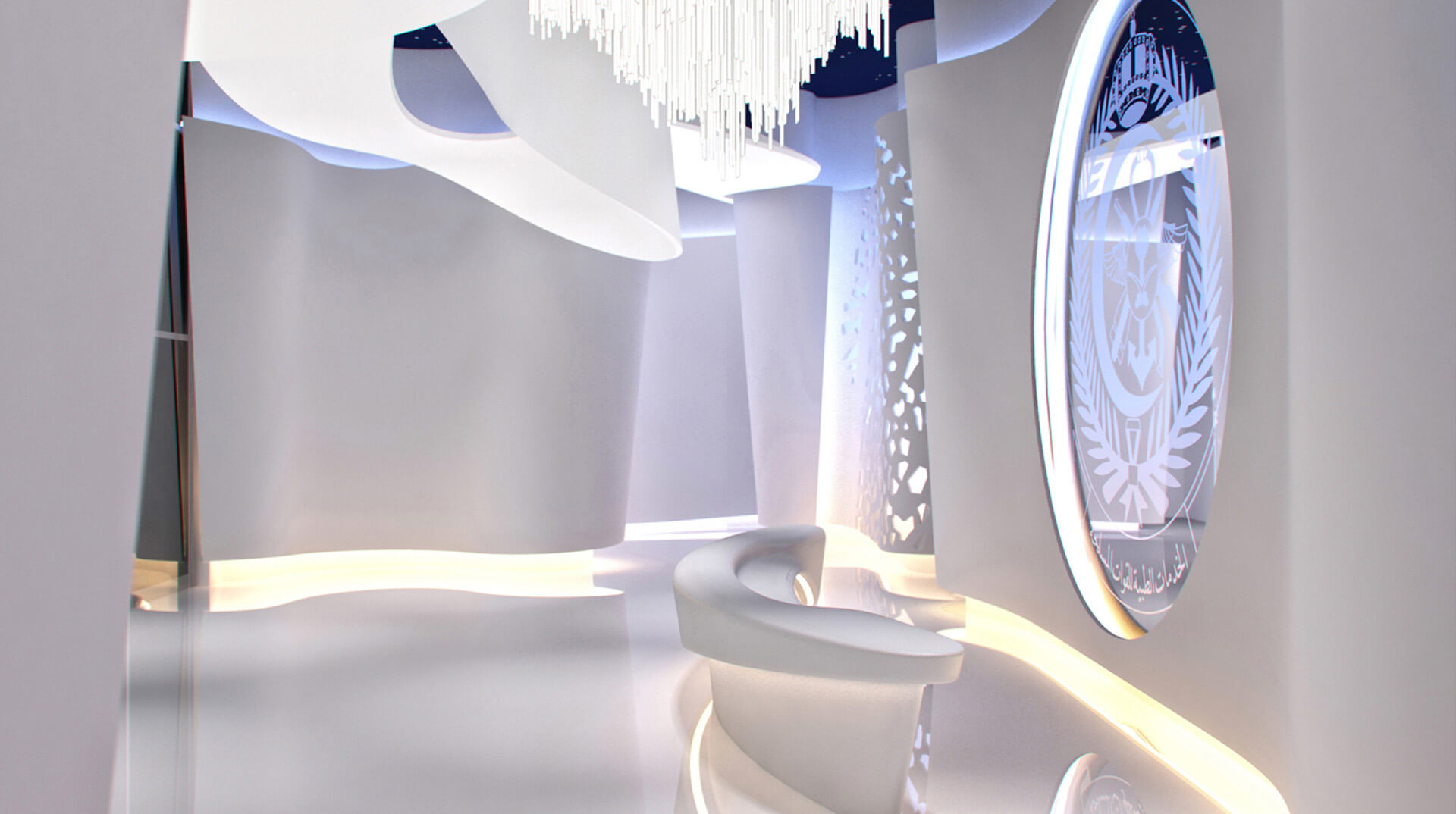 Design for an Auditorium for the Ministry of Defence in Riyadh, in Saudi Arabia. We were asked to come up with a decidedly innovative space that would break away from the tradition of boring, banal conference rooms. It was to be a space that could evoke emotions and play host not only to conferences but also to meetings, screenings, etc. The idea was to design an auditorium in the clouds, that would change colour over the course of the day, from dawn to dusk, just like the clouds themselves. This effect was achieved using a dual “skin”: the base treated like a sound-absorbing box, with the interior cut up to resemble clouds. Between the two skins, a system of LED lights can alter the colour of the backdrop, moving from the pink hues of the sunset to sky blue, all the way to the “night sky” effect, depending on the event in question. All round the room, the hallways, services and waiting rooms are treated like a large garden delineated by perforated, illuminated panels, encapsulating the shade afforded by the foliage of trees.