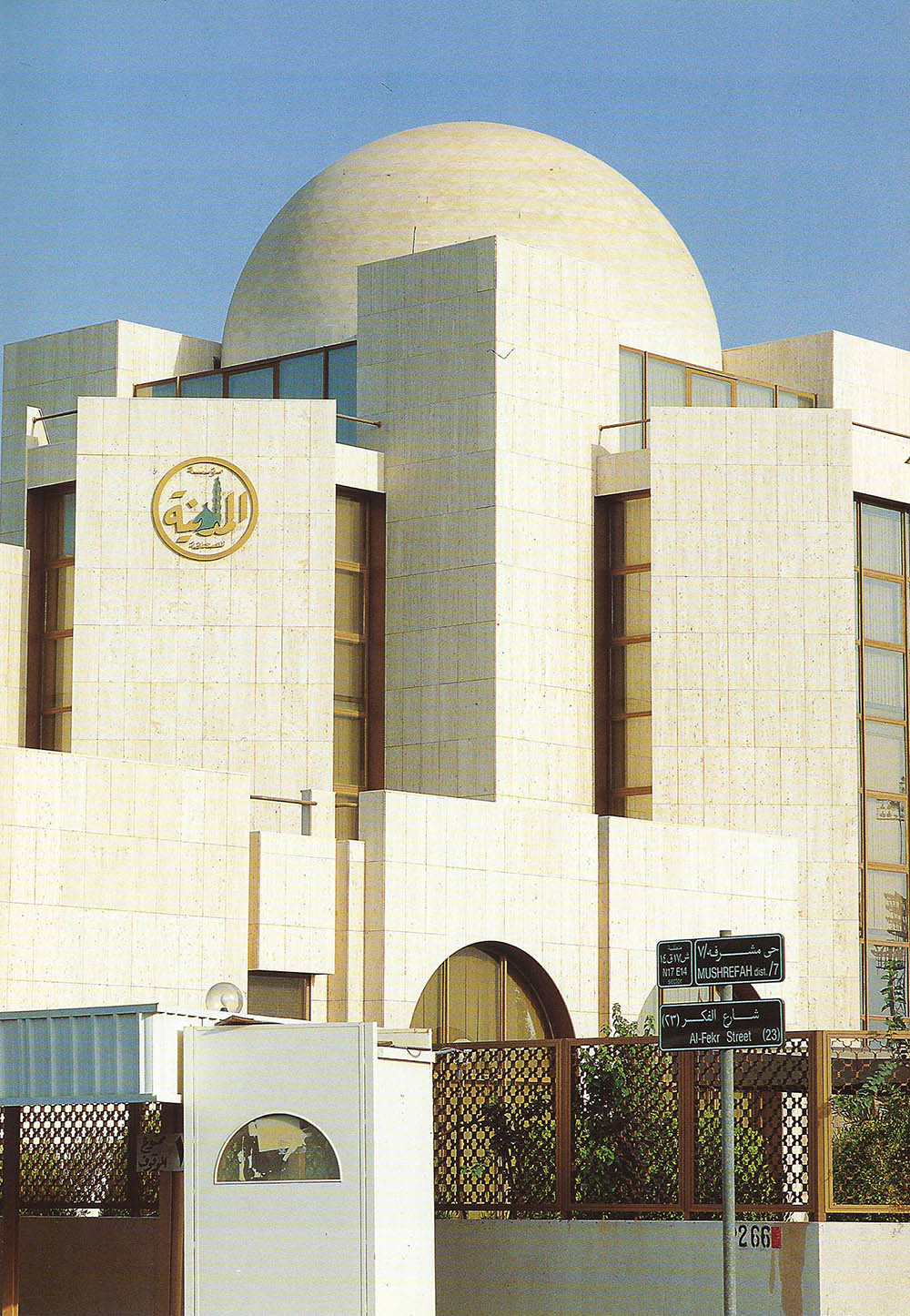 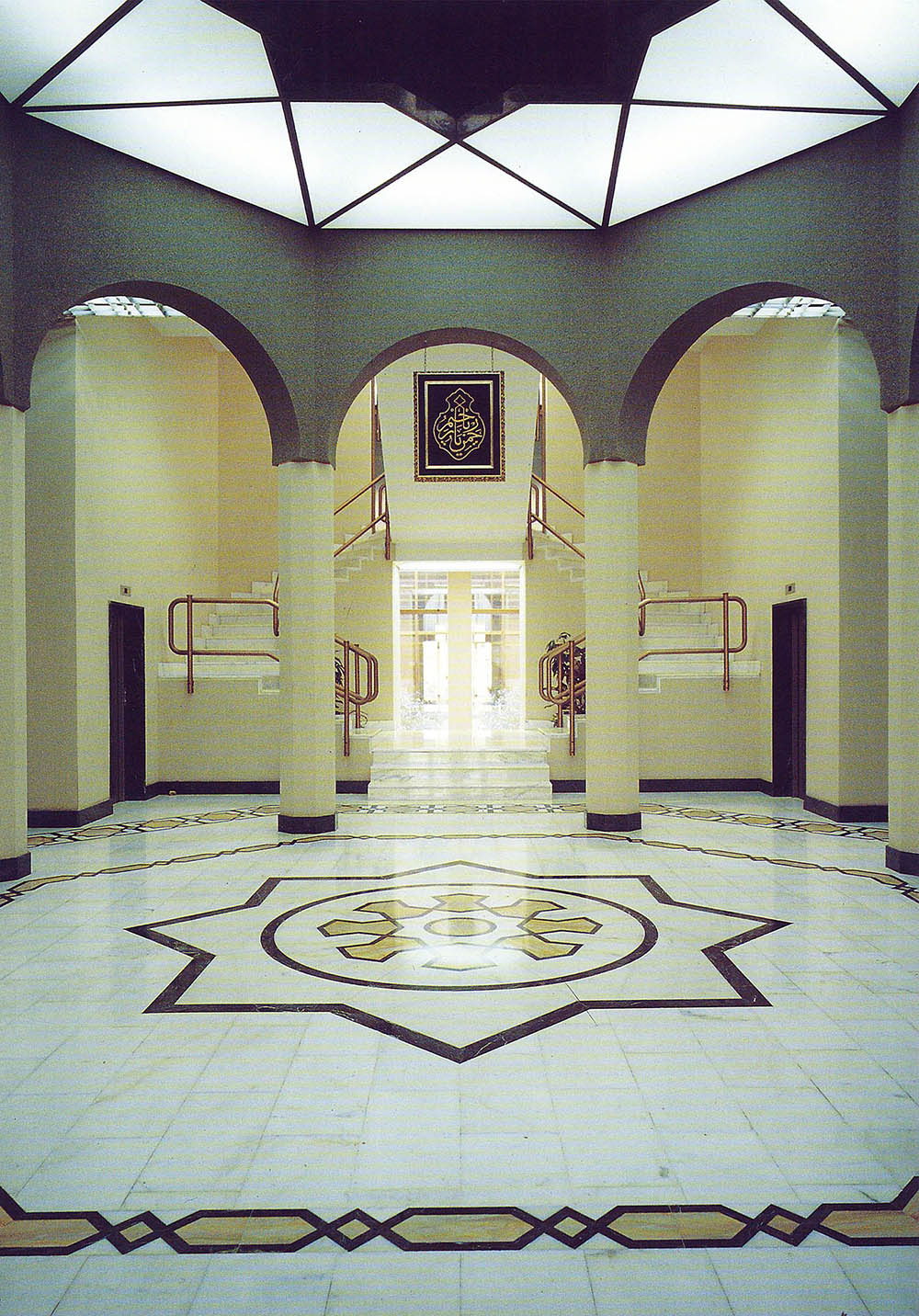 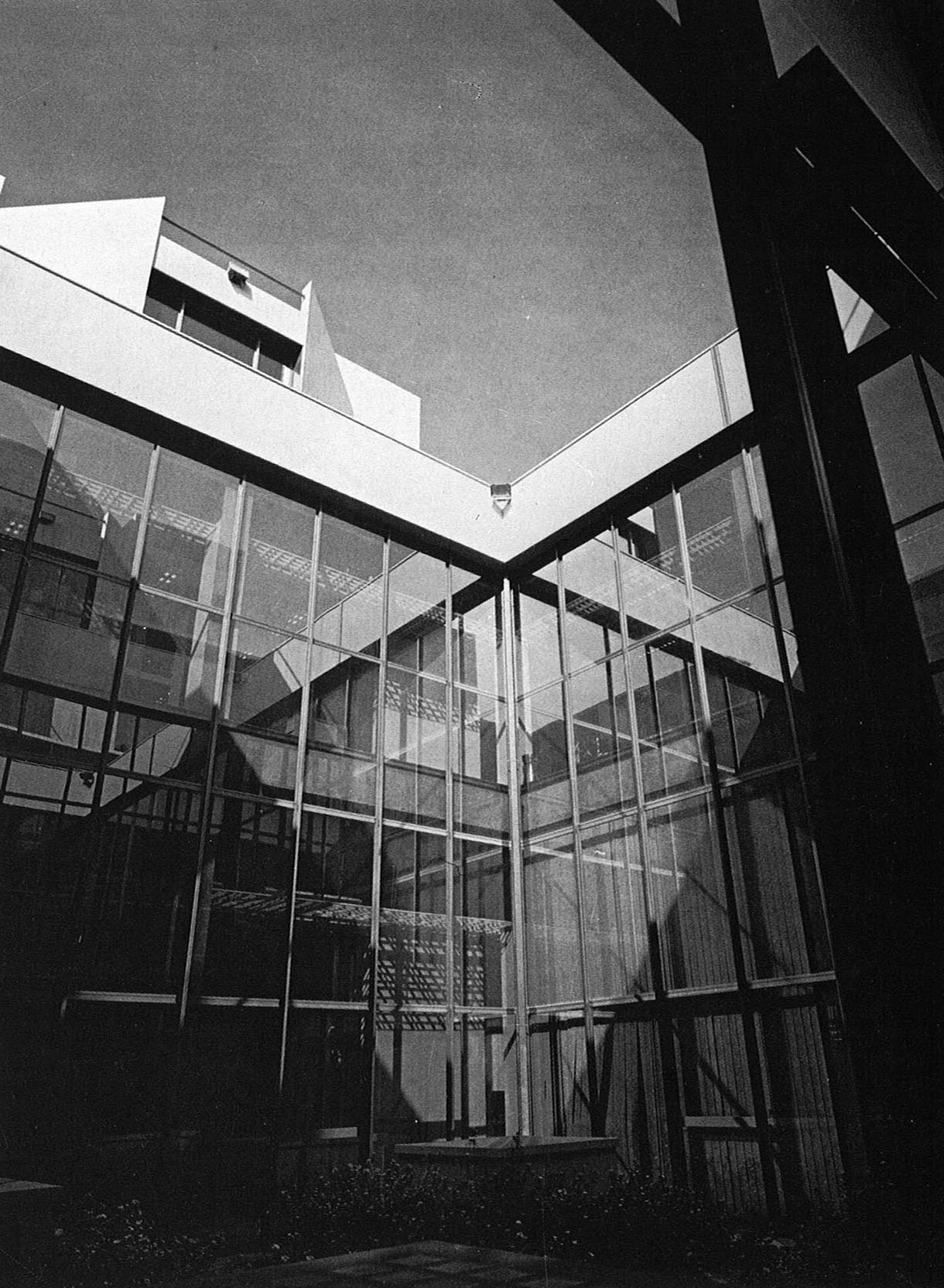 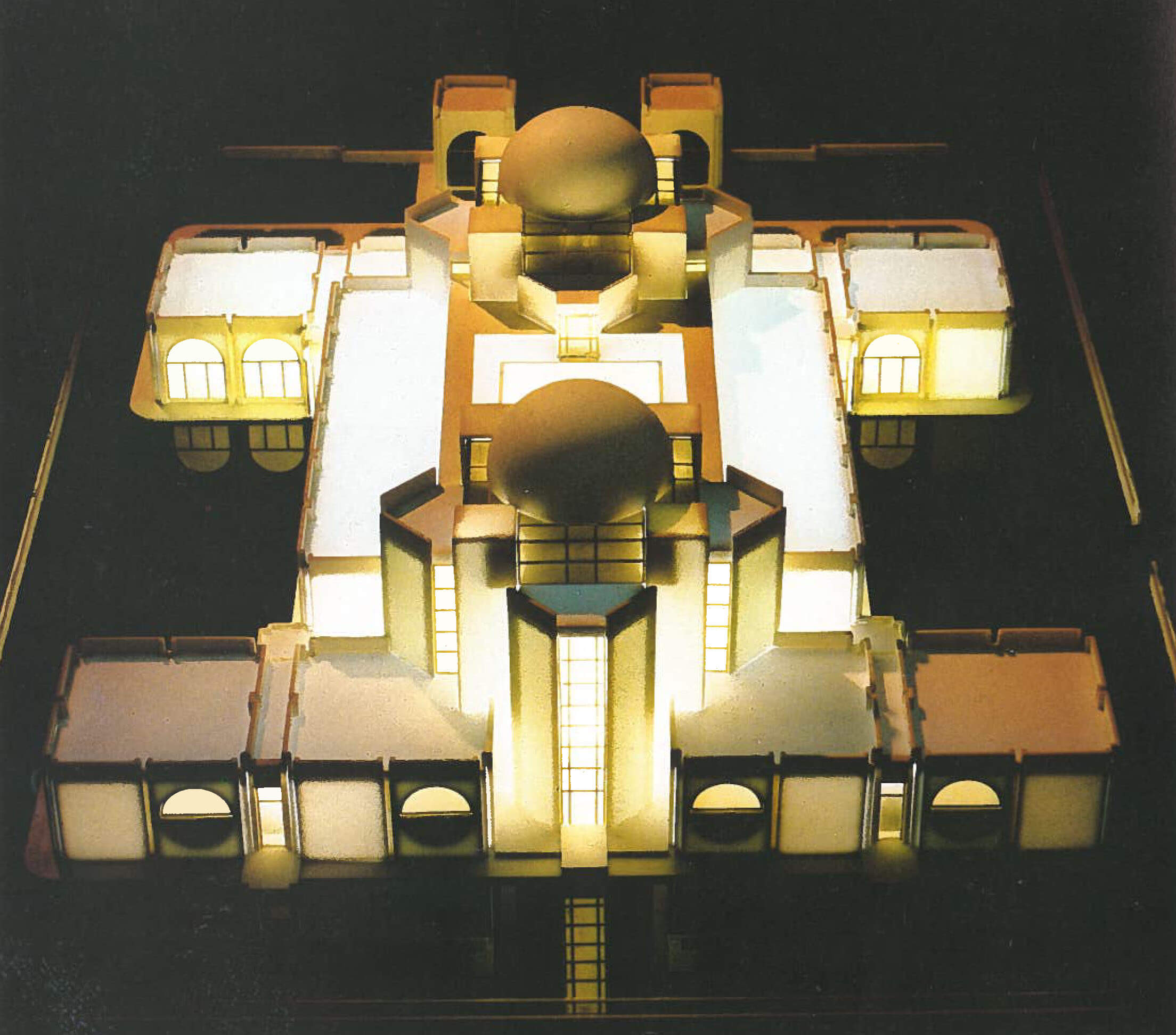 Having to design the premises for an important newspaper of Islamic observance and of advanced technology, the designers proposed an architectural idea that keeps its elements from profoundly different codes, so as to ultimately compose a single building having inside contradicting values: tradition and modern. The symbol of the newspaper is the dome of the mosque in Madinah; and it is from this mosque that the fundamental elements for the traditional design are derived. The portico (arcade) round the front square; the portal to the entrance of the prayer room; the dome above it. In contrast to the tradition we have the modern technology: modularity, repetition in series of symbolic elements, courtain walls and sophisticated plant and machinery.