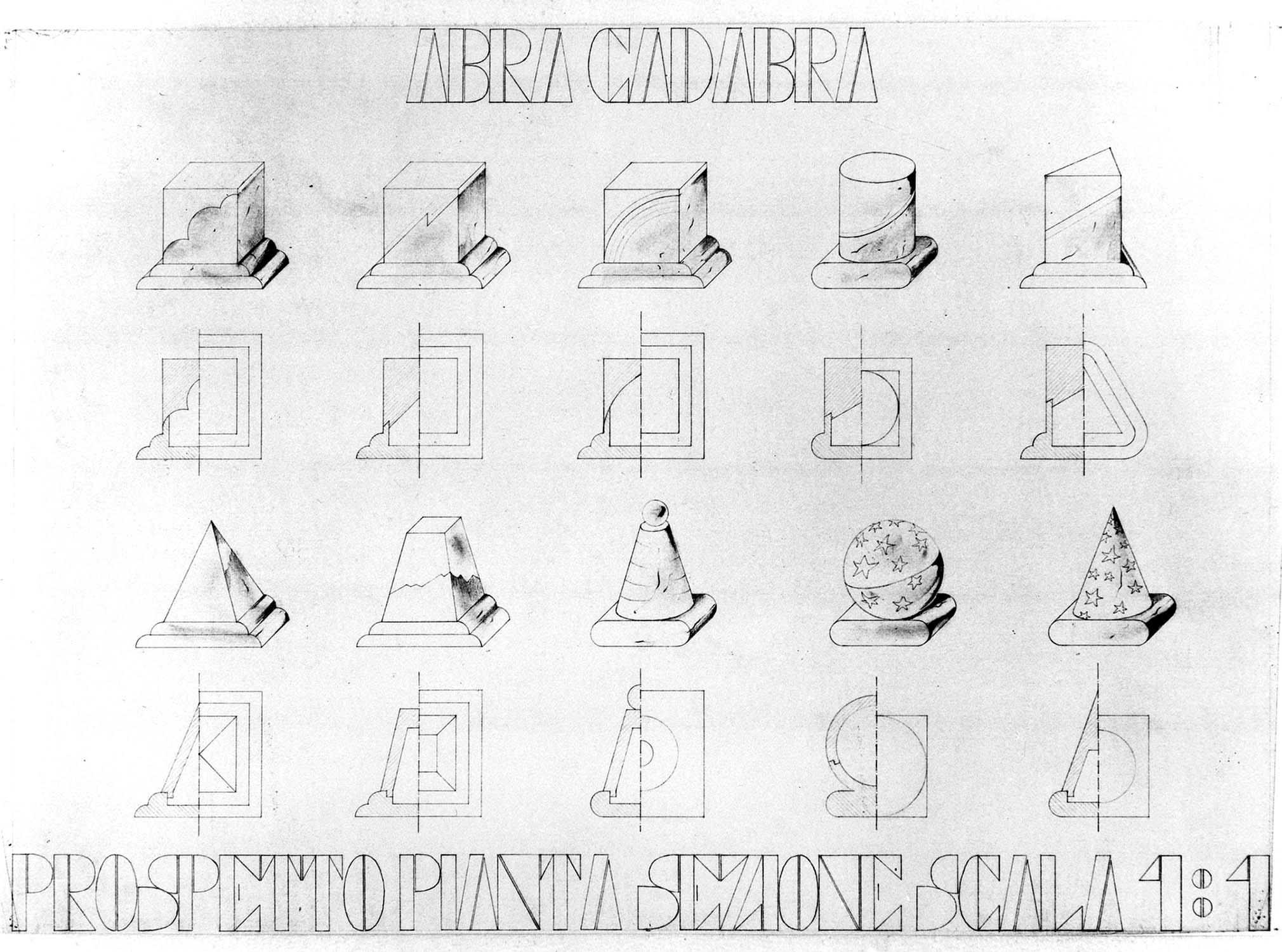 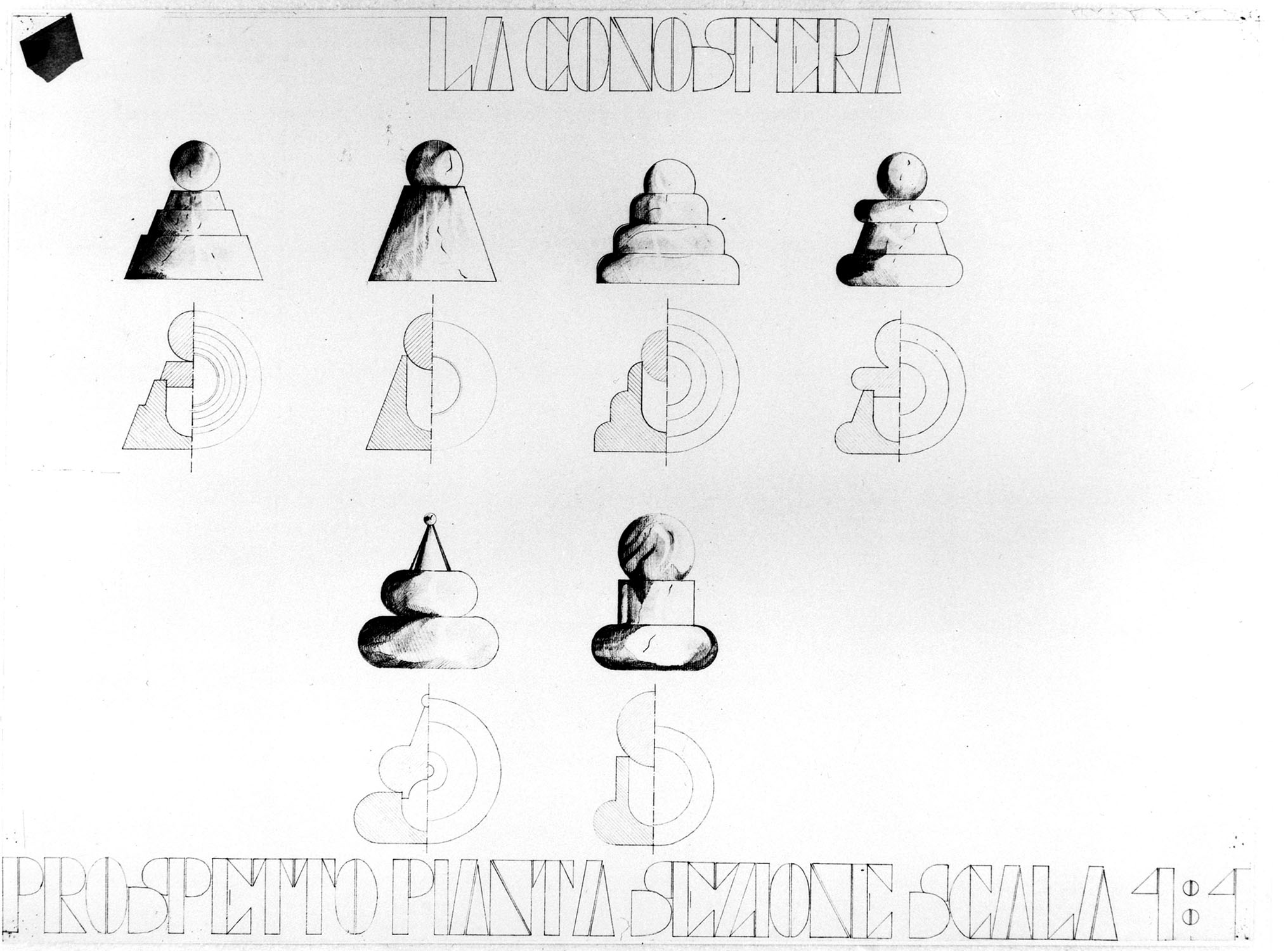 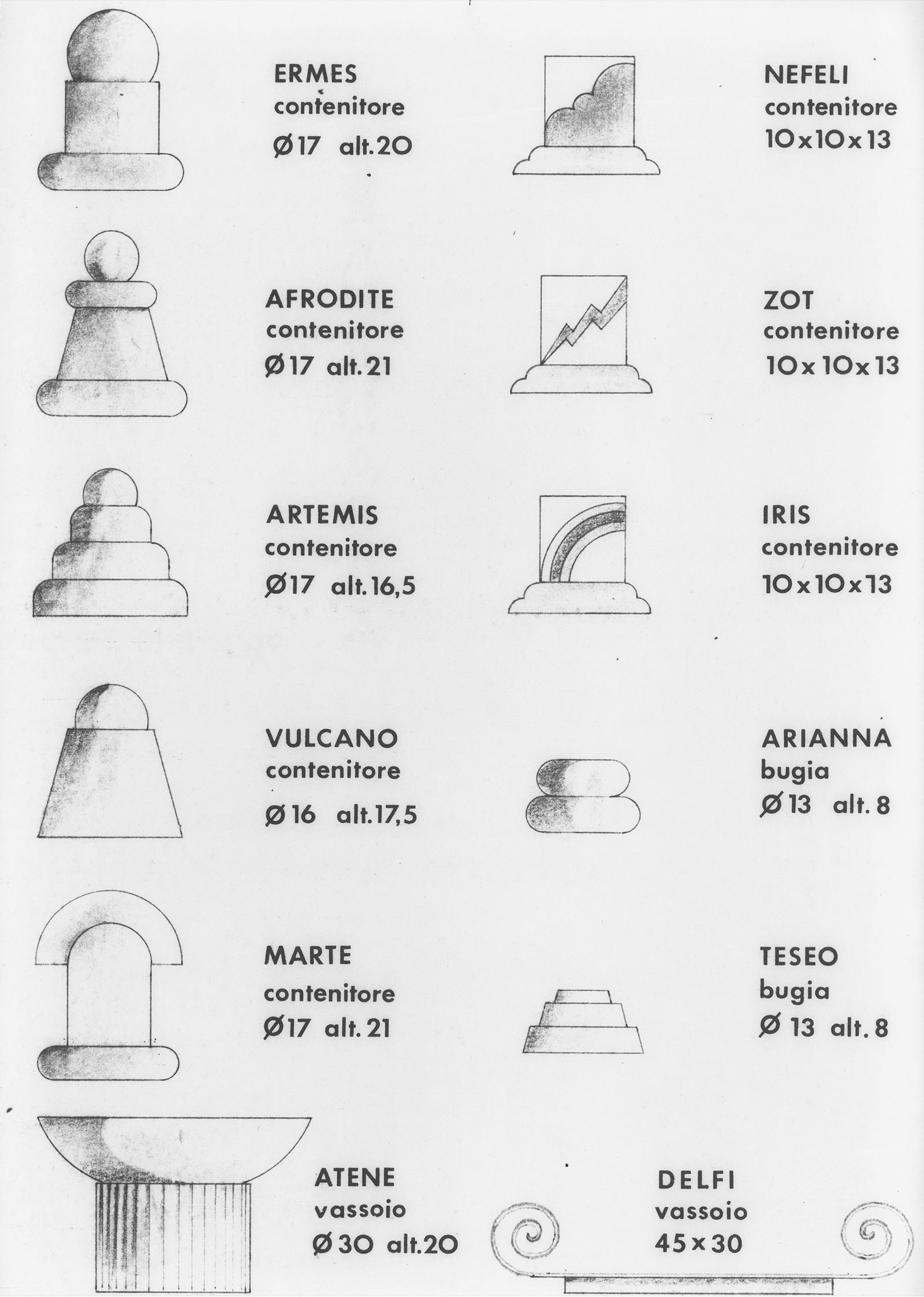 This range of small ceramic containers was designed by Studio65 in 1973. The brief was to design containers for toffee or sugared almonds, for use as gifts. The containers could be made from Plexiglas (methacrylate), glass (blown) or fired clay. Like all of Studio65’s radical design pieces (dating from 1965 to 1975), this collection focuses above all not on function (the containing of something) but, rather, on the opportunity afforded to reflect ironically upon the forms of architecture. The individual objects become symbolic, totemic – little sculptures that tap into the archetypes of architecture of every period, playing ironically with them. Before being physical objects, the cube, the sphere, the cone and the pyramid are platonic ideas of pure form, and can give rise to various compositions. The cones may be truncated, or moulded into a ziggurat shape, or set on the toruses or plinths of Greek columns, which serve as pedestals. They are simple, highly symbolic, geometric shapes that underpin the entire history of architecture, and that are here offered up once again, referencing their interpretation by Boullée and Ledoux in the buildings designed by these French Enlightenment architects (such as the Cenotaph for Isaac Newton). We did not bring back these shapes with their original mystical aura – rather, we re-cast them with an ironic detachment from their past. The sphere and the cone in the Abracadabra series were dotted with little stars, recalling the crystal balls used by sorceresses and the hats worn by fairies. In the Conosfera series, the overlaid toruses with various radii, closed over by cones or spheres, are reminiscent of the turbans of the Eastern fables recounted in the One Thousand and One Nights. The cones and the owl beaks mounted one on top of the other, in the style of a ziggurat (or terraced pyramid) refer ironically to the sacred temples of the Mayans, Aztecs and Egyptians.